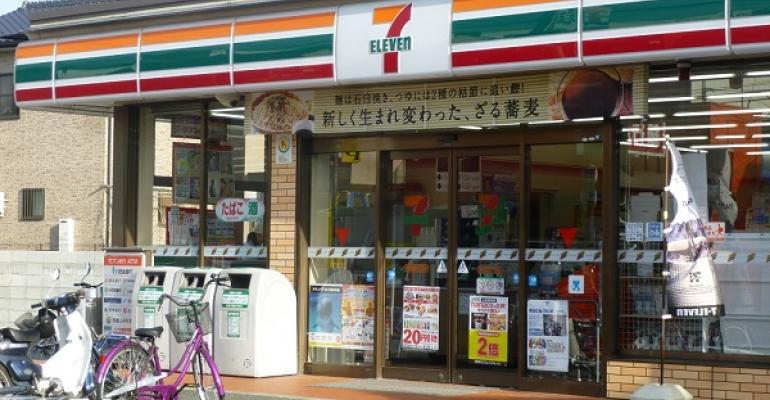 <p>No. 16 Seven &amp; I, parent company of 7-Eleven, operates nearly 30,000 stores around the Pacific Rim, including this one in Kumamoto, Japan. <em>(Photo by Hisako Watanabe)</em></p>
Top Retailers

Tesco down, Costco up in Top 25 Worldwide Food Retailers for 2014

While it comes as no surprise that Wal-Mart Stores retained its position as No. 1, SN’s Top 25 Worldwide Food Retailers for 2014 does see some changes near the top.

Tesco’s standing fell in line with its sales, from No. 2 to No. 4 behind sales of $102.7 billion (U.S.) to $93.4 billion. Meanwhile, Costco leapfrogged past Carrefour and Tesco to claim the No. 2 position. The statistics were provided by Planet Retail in London.

Further down the list, last year’s No. 23 Supervalu, which recently sold off several regional banners, dropped off the list entirely. Replacing Supervalu is Publix Super Markets, which is listed at No. 24 this year.

The Top 25 list and information, which also includes store counts, top executives and areas of operation, was provided by Planet Retail, based in London.

Breaking down the 2014 Top 25 list by country, the U.S. has six companies; France and Germany five apiece; Australia, Japan and the U.K. two apiece; and one each for Belgium, Canada and the Netherlands.