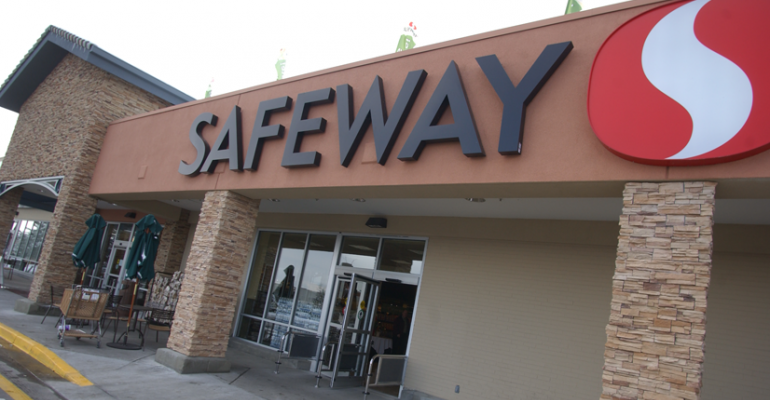 &ldquo;We intend to eliminate human trafficking and slavery from our supply chain. As an industry, we need to think about how we can do this collectively,&rdquo; he said. &ldquo;Individually, it&rsquo;s a monumental task.&rdquo; &mdash; Carl Graziani, SVP, supply chain, Safeway

PLEASANTON, Calif. — Safeway here has taken a leadership position on an issue not typically given much visibility in the North American food industry — eradicating human trafficking and slavery in the supply chain of retailers and CPG manufacturers.

“We intend to eliminate human trafficking and slavery from our supply chain,” said Carl Graziani, senior vice president, supply chain for Safeway, during a session earlier this month at the Supply Chain Conference in Orlando, Fla. The conference was hosted by the Food Marketing Institute and the Grocery Manufacturers Association.

In addition to undertaking an extensive examination of its own supply chain, pursuant to California law, Safeway is reaching out to other companies. At the conference, Graziani encouraged retailers and suppliers to begin “mapping their [global] supply chains” in an effort to identify companies with suspect labor practices.

“As an industry, we need to think about how we can do this collectively,” he said. “Individually, it’s a monumental task.” He suggested an industry initiative to share information, as well as establish a database and standards. “If we do it the right way, we can reduce the costs significantly.”

Graziani said he has had conversations about this issue with his counterpart at Wal-Mart Stores, which says on its website that it is “working to increase collaboration with other stakeholders and find ways to transform the sourcing process across the industry.”

According to Not for Sale, one of 105 nonprofit groups focused on ending human trafficking and slavery, the modern-day slave trade impacts more than 30 million people and amounts to a $32 billion-a-year industry. The U.S. Department of Health and Human Services has called it the fastest-growing criminal industry in the world, tied with arms dealing as the second largest after illegal drug sales.

While more prevalent abroad, Graziani pointed out that there are examples in the U.S., such as a ring in Northern California that brought in foreign workers illegally, held their passports and forced them to work for three to five years.

Safeway and other large food retailers and manufacturers (with more than $100 million in sales) based in California or doing significant business there have been required over the past year to disclose to consumers on their websites what actions, if any, they are taking to eradicate slavery and human trafficking from their global supply chain, per California’s Supply Chain Transparency Act, SB 657.

Among Safeway’s commitments in its online disclosure were the following:

• Survey its merchandise supply chains, the result of which will form the basis for additional efforts, including supplier requirements and third-party audits.

• Ask each of its more than 5,000 national-brand suppliers to certify that the materials in their merchandise comply with applicable laws regarding slavery and human trafficking, and to ensure that subcontractors comply with the same standards.

• Require suppliers unable to provide certification to submit an action plan to achieve it; without this plan Safeway may terminate its business relationship.

More news: Just for U Could End Print Ads: Safeway

In the disclosure, Safeway indicated that it had already inspected the factories of suppliers of Safeway-branded merchandise for evidence of non-compliance with slavery and human-trafficking laws. In one case involving a private-label supplier, Safeway “uncovered some things and made changes,” though that did not include termination of the relationship, Graziani said at the conference.

Safeway also said in its disclosure that it would implement training for employees with sourcing responsibilities and that it maintains internal accountability procedures for employees and contractors failing to meet its standards. Since then, the company has developed an e-learning tool — which the company is making available to suppliers — to train more than 1,000 employees on what questions to ask suppliers regarding human trafficking.

Safeway continues to analyze suppliers for compliance with its standards. “We could have more than one million links in the supply chain and we’re somehow going to have to do risk assessments on each product we carry,” he said. The company is getting support in this effort from UL-STR, Enfield, Conn.

Sometimes risk can be ascertained simply by location; for example, chocolate imported from Africa is considered high-risk by the Department of Labor. “We’ve seen pictures of kids as young as 9 working with machetes harvesting chocolate and cocoa,” said Graziani. “You don’t want your brand next to pictures of that nature.”

The California act ultimately intends to provide consumers with information that would allow them to avoid products associated with human trafficking abuses. “For us in California, where we have to educate consumers, we’re looking at the best way to do that,” he said. “It’s not an easy task. We have to make sure our risk assessment is good.”

To that end, Safeway is working with Not for Sale and the U.S. Department of Labor on developing a new set of questions — about two dozen have been proposed — to do risk assessment of supply chains. In late 2013 or 2014, Safeway plans to begin publishing the information that it has collected. This could form the basis of an electronic platform to collect information across the supply chain “and begin the process of sharing and collaboration [with other retailers and CPG firms],” he said.

Safeway is also looking into developing an app that would allow consumers to scan a bar code “and get from us an actual risk assessment” of the product, he said.

Other states are considering the passage of bills similar to the California law, said Graziani. At the federal level, the Senate last week adopted an amendment to the Violence Against Women Reauthorization Act (VAWA) that aims at ensuring that consumers don’t buy products made by forced labor. The act also passed and awaits action in the House of Representatives. Last fall, President Obama signed an executive order to prevent human trafficking and forced labor on behalf of workers at U.S. military and diplomatic missions who are employed by government contractors.

“Supply chain managers should prepare for this,” he said. “Companies are responsible for the activities not only of their immediate suppliers but of their overseas suppliers.”

In accordance with its online statement, Safeway has set up a 13-question mandatory survey for suppliers to answer (http://tinyurl.com/bgaznjq) on how they monitor their suppliers. Safeway requires all new suppliers to fill out the transparency survey “before they can be onboarded,” said Graziani.

Safeway’s survey asks whether the company has a program “to assure that human trafficking and slavery do not exist in your operations and supply chain.” It also asks whether the company conducts independent, unannounced audits of their suppliers, among other questions. Thus far, 96% of private-label suppliers and about 1,300 out of more than 5,000 branded suppliers have responded to the survey. Of those 1,300 suppliers, 63% are “certified” to be in compliance with anti-trafficking standards in their supply chain.

Graziani noted that certification in this context is not well defined. “There’s no clear path to certification,” he said. “Whether a manufacturer is certified has no bearing on the risk factor — it’s what they are doing [that matters].”

Following its standard approach, Safeway is prioritizing responses to the survey based on evaluations of risk. The company has already gone through the responses from private-label suppliers.

Graziani pointed out that addressing difficult issues like human trafficking is a way to safeguard and buttress a company’s reputation. Younger consumers, in particular, look at a company’s environmental and ethical profile. Safeway, he noted, recently added an officer of social compliance and responsibility.

Last year, California’s Supply Chain Transparency Act, SB 657, required large food retailers and manufacturers to disclose to consumers on their websites what actions, if any, they are taking to eradicate slavery and human trafficking from their global supply chain.

Here’s a brief sampling of what California retailers other than Safeway say on their websites:

• Stater Bros. expects its suppliers to certify that they “shall not use any form of slavery or human trafficking in their supply chains.” The chain will require suppliers to allow it to conduct audits of their compliance with its policy, both announced and unannounced.

• Smart & Final says it is “considering how to properly provide  training on our policy to our employees and managers.” It is  also “considering the role of internal audits and self-reporting by suppliers as a method of compliance.”

• Raley’s has a verification process “which is used to evaluate and address risks of human trafficking and slavery in its  supply chains,” the chain says. “The verification is not             conducted by a third-party but rather relies on vendor self-certification.”

• Save Mart is “putting in place a more in-depth vendor assessment and approval process that will include self-verification of the vendor’s compliance with anti-slavery and human trafficking regulations.” Vendors will also be required to certify that materials in products comply with applicable laws on human trafficking.

• Fresh & Easy Neighborhood Market requires suppliers to complete a self-assessment “to determine the likelihood of an issue to exist.” Suppliers who receive a high-risk rating  “will be required to undergo an audit” by a third-party company that may be unannounced, “depending on supplier history, country of operation or known industry issues.”