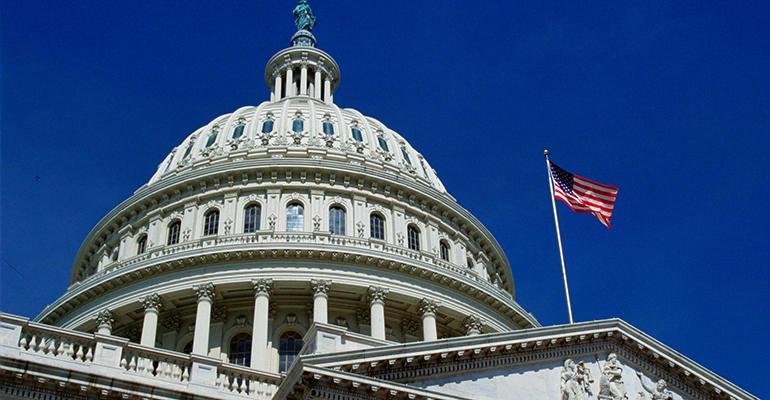 Tim Graham / Stone
The bipartisan AQUAA Act, which was introduced in the U.S. Senate in October 2021, would increase production of sustainable seafood through the raising of fish in federal waters.
Product Categories>Seafood

Stronger America Through Seafood (SATS) reaches out to Congress, requesting support for aquaculture expansion in the U.S.

The Stronger America Through Seafood (SATS) organization on Feb. 14 sent a letter signed by more than 65 supporters of aquaculture — including leaders in the U.S. seafood harvesting, production, and retail sectors — to Congress, requesting support for aquaculture expansion in the U.S.

The letter to both the U.S. House of Representatives and U.S. Senate calls for passage of the AQUAA Act, or the Advancing the Quality and Understanding of American Aquaculture Act.

The bipartisan AQUAA Act, which was introduced in the U.S. Senate in October 2021, would increase production of sustainable seafood through the raising of fish in federal waters, creating a robust industry in America that would include new jobs. An updated version of the act was introduced in December by U.S. Senators Roger Wicker (R-Mississippi), Brian Schatz (D-Hawaii), and Marco Rubio (R-Florida); and U.S. Representatives Ed Case (D-Hawaii) and Steve Palazzo (R-Mississippi).

“Coastal states and communities, like South Mississippi, enjoy a benefit of knowing where their seafood comes from when they order at a local restaurant. Many other states throughout our nation aren’t so lucky,” said Palazzo in reintroducing the bill in December. “To meet demand, restaurants and grocery stores rely on seafood imports which amount to 90% of seafood that is consumed in the U.S. The AQUAA Act provides a pathway to decrease that percentage and sustainably meet this demand. I am proud to introduce the AQUAA Act in the 117th Congress to support job creation along coastal areas, create a new market for agriculture products, and expand seafood processing — measures that can impact every part of the United States.”

The AQUAA Act would establish National Standards for offshore aquaculture and clarify a regulatory system for the farming of fish in the U.S. exclusive economic zone (EEZ). The bill would also establish a research and technology grant program to fund innovative research and extension services focused on improving and advancing sustainable domestic aquaculture.

“At a time when supply chain challenges and a global pandemic are slowing the delivery of seafood to America’s storefronts and kitchens, the expansion of American aquaculture is an opportunity to try to solve these problems” said Sarah Brenholt, campaign manager of Stronger America Through Seafood (SATS). “Federal lawmakers have an opportunity to help increase U.S. production of healthful, sustainable, and affordable seafood while also addressing the food security needs of all Americans. As the global population grows, the U.S. must lead the charge in aquaculture development using scientific best practices for the most environmentally sound manner of food production.”