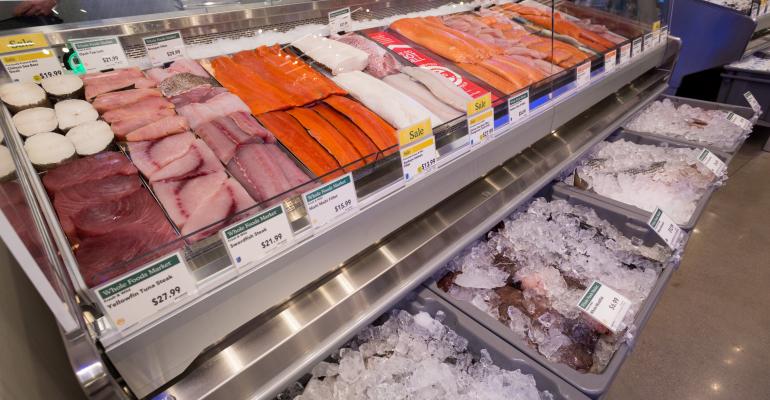 Going beyond the conventional can boost seafood sales

It may not be evident when reviewing many supermarket seafood departments, but there is much more to the category beyond the “big three” species of shrimp, salmon and tuna.

“Consumers are interested in a wider range of applications for the category, and while they’re at home and preparing more meals, the time is right for fish and shellfish brands to position themselves as key components of more mealtimes,” reported Mintel Group Ltd., a Chicago-based market research firm.

“Retailers have a significant opportunity simply because most of the focus, emphasis and selling energy has been behind salmon and shrimp,” said Jim Wisner, president of Wisner Marketing LLC, a Gurnee, Ill.-based retail consultancy. “Those are the easy things to chase after, but there are big markets for the other fish as well.”

Wisner said that the fin-fish market as a group can generate powerful revenue streams. “Just about every retailer has an A-level shrimp program in terms of quality and variety,” he said. “It is extraordinarily well merchandised and heavily promoted and there is no reason that can’t be done with the fin fish as well.” 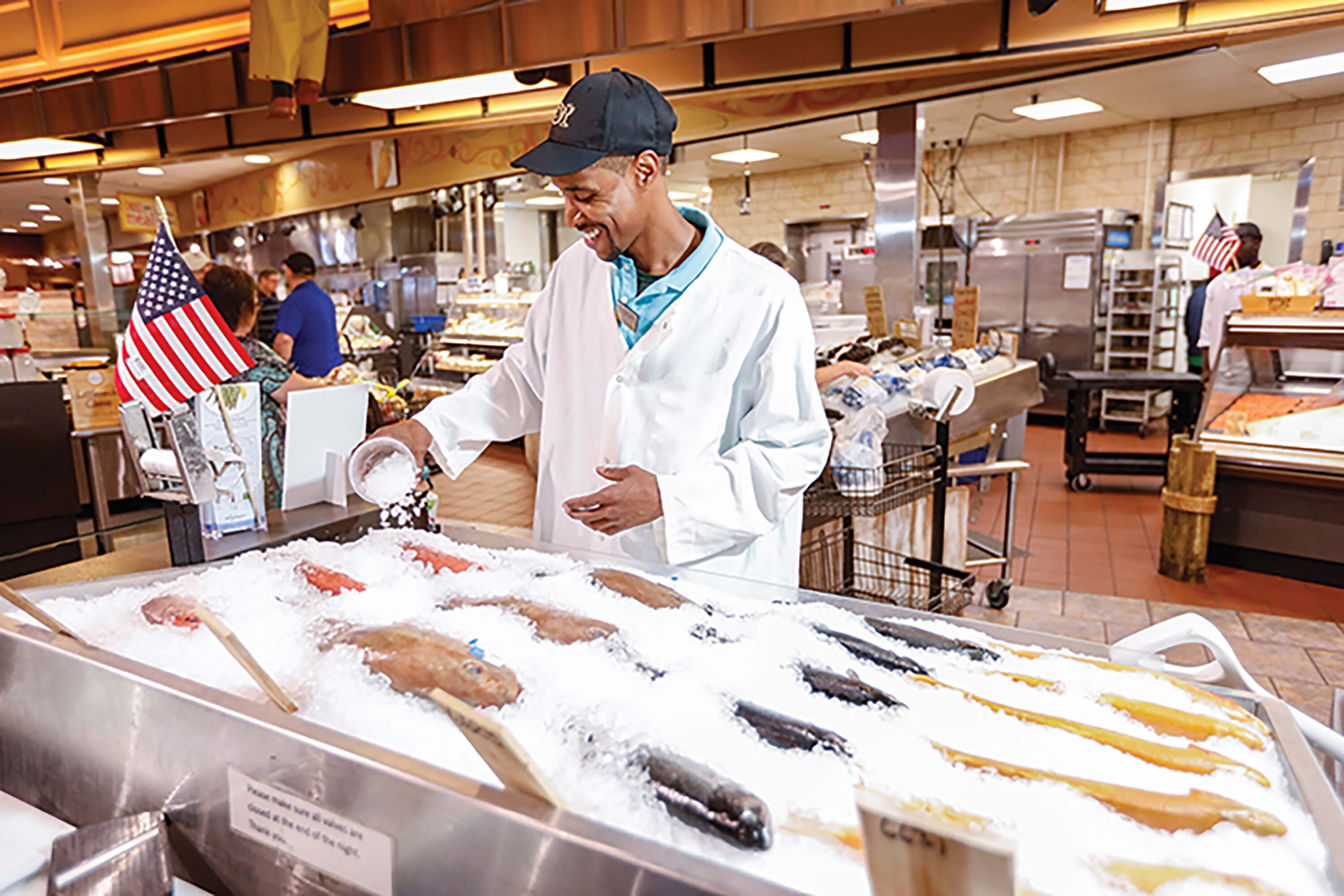 Retailers will benefit from having attractive displays that illustrate the mix of available seafood species.

While most retailers are giving a great focus to shrimp, salmon and tuna because of the substantial sales activity in those sectors, a change of attitude can lead to greater overall category revenues, Wisner said. “They have to think of all the other fish collectively as a group and not that salmon sells many times more than haddock,” he noted.

While some species, such as cod and tilapia, are making greater inroads, Wisner said there is “a lot more room to go broader,” including with such lesser-known fish as branzino and swai.  “Consumers say they want to eat more seafood, but they get locked into what they are already consuming. Providing information on the options is key,” he noted.

The optimal selections for retailers to emphasize, meanwhile, will vary by region, Wisner said, noting, for instance, that crawfish is more popular in the Gulf states while there is a greater demand for catfish in the South and lobster in New England.

Shopper appeal
In addition to offering wider varieties of seafood,  retailers seeking to boost category revenues must make the selections visually appealing to shoppers, he said. “Retailers are conservative in terms of what they are offering and not nearly as aggressive as they might be in developing, managing, maintaining and merchandising the selections,” Wisner stated, adding that while shrimp presentations in stores are often first-rate, lesser-selling seafood displays “often look like they were done as an afterthought.”

Retailers can better interest shoppers on the additional varieties by providing preparation information and recipes, and highlighting attributes, such as being wild caught and sustainable, he noted.

Because seafood is often private label, retailers also are in good position to enhance merchandising by selecting the most functional packaging and printing impactful messages on the packages, Wisner said. “Operators need to provide more than just the price, name of store and type of seafood,” he noted. “They must romance the product, tell the story behind it and address what it is going to taste like.”

Space limitations, however, can make it challenging for some retailers to add additional species to their seafood displays, Wisner said. “The frozen space in stores is not expanding as rapidly as the latent consumer demand,” he noted. “There is a need for additional equipment to create more of a standalone department.”

A lack of marketing expertise also is often hampering the promotion of the additional seafood species, Wisner said. “Supermarkets have seafood buyers and merchandisers, but not necessarily marketers, and that is a big challenge,” he said. “The people who are responsible and accountable for the products do not often have the skill set that translates to communicating the attributes at the shelf. It takes a higher level of expertise to understand how to sell seafood.”

Management can help overcome such obstacles by “prioritizing that they are going to be good in marketing while determining how they can make seafood a destination for their stores,” Wisner said. “Consumers say they want more fish in their diets, but unless retailers change the way they are operating and are more responsive to the category, things are not going to change.”