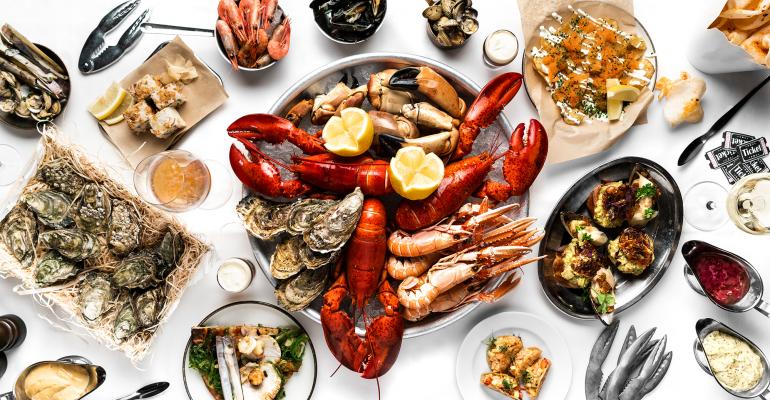 Seafood is getting a more welcome reception into the home from grocery customers.

While a large base of consumers is limiting their seafood consumption to restaurant outings, an increasing number of shoppers, spurred in great part by COVID-19 concerns, are pivoting and purchasing selections for in-home preparation.

“Seafood is having an amazing run and has been a shining star throughout the store,” said Chris DuBois, IRI senior vice president of the protein practice. “2020 was the year for people learning how to be comfortable cooking seafood.”

Indeed, among the more than 86% of Americans who were preparing meals at home at the height of the pandemic were many seafood eaters who previously would only purchase the protein at foodservice locations, he noted. Household penetration, or the proportion of families buying fresh seafood, reached 50.7% for the 52 weeks ending 11/29/20, up 3.8% from the year-earlier period, IRI reports.

“An increase of one percentage point is a big deal, so almost four points is a really big deal,” DuBois said. “Not only are people trying fresh seafood, but they are trying it again and again.”

“Frozen tends to be a weekday meal as it is easier to store and prepare,” DuBois said. “Fresh is often for the weekend and shoppers looking to eat something special. It is more complicated to cook and requires additional confidence in the kitchen, but increasingly we are seeing people having that confidence. Few supermarket departments are growing sales as much.” 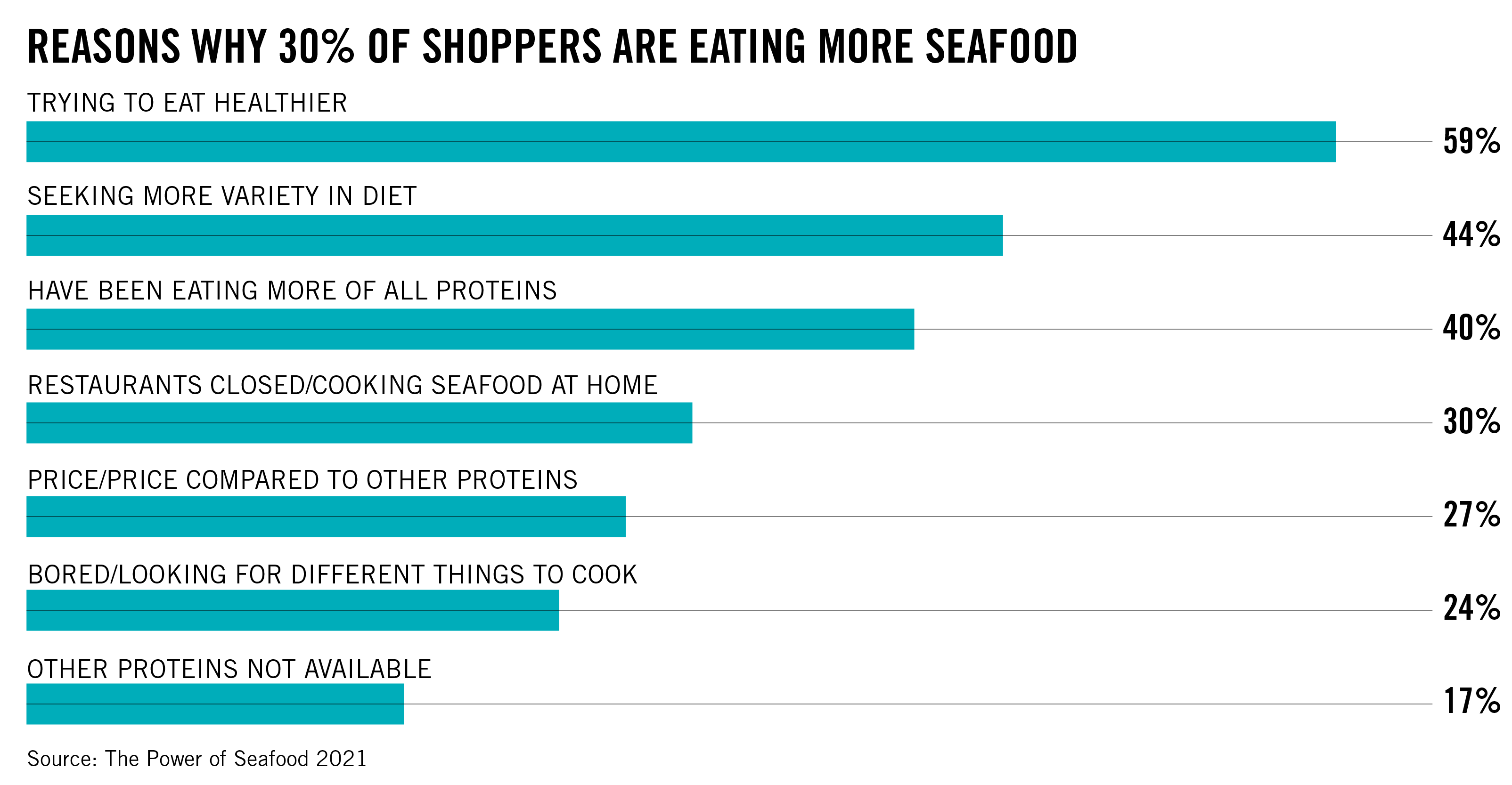 Seafood department revenues were up 28.4% in 2020, versus 18.7% for meat, 11.3% for produce and minus 2.3% for bakery, states The Power of Seafood 2021 report, published by the Arlington, Va.-based Food Marketing Institute (FMI). The seafood growth is occurring across every species with crabs and lobsters having the biggest gains and the “big three” of shrimp, salmon and tuna also registering stronger activity, the report notes.

In addition to the greater seafood department sales, retailers also are benefitting from the typical seafood buyer’s higher overall grocery purchases. DuBois noted that the average fresh seafood shopper spends a total of $93.18 per store visit, versus $60 to $70 for the typical grocery consumer.

“The seafood department drives store sales by bringing in the valuable customers who spend more money,” he stated. The Power of Seafood reports that the frequent seafood shopper is affluent and educated, with an average household income of $97,000 and 70% possessing college degrees. In addition, 58% of frequent seafood buyers are male and 50% are Millennials.

Shopper purchasing behaviors, however, differ in accordance with the type of seafood they are buying. Fresh seafood customers, for instance, spend an average of $13.49 per trip for scallops with a basket outlay of $106.93, IRI states, versus $14.37 per trip on salmon with a total basket cost of $102.69, and $11.40 for shrimp with a total basket of $97.63.

Consumers also are demonstrating interest in a wider variety of seafood options. While household penetration of salmon was up about 6% in 2020, shrimp and crab had about a 25% gain, DuBois noted.

“Salmon is still the powerhouse with over $2 billion a year in sales, but people are more willing to try other species, including some of the more expensive dishes to bring the restaurant experience home. Consumers are experimenting and learning how to cook, which is a big change in the American shopping pattern.”

That interest in preparing varying species will increase further, DuBois forecasted, noting that “consumers are just not buying the same old thing, and that will result in retailers creating more excitement in the seafood department by letting buyers have other choices.”

Seafood makes a splash with the wellness shopper
Dec 16, 2021