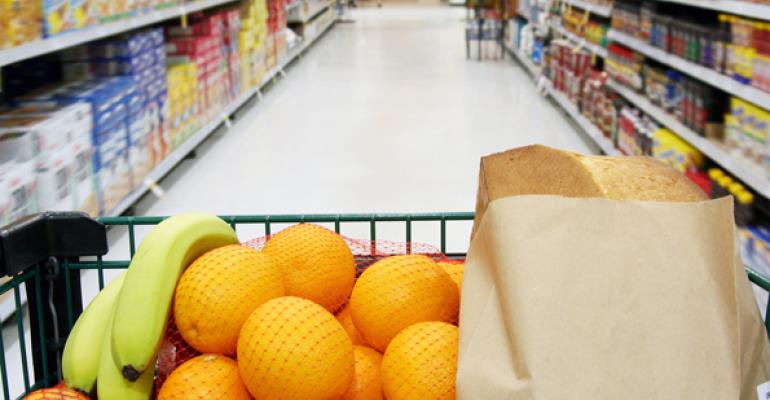 &ldquo;Supermarkets are not going away. They may get smaller, they may get a bit more high end, they may get more unique, they may offer a range of services ... but what&rsquo;s very clear is that to survive, they have to create a unique value equation for the shopper.&quot; &mdash; Thom Blischok, chief retail strategist and senior executive advisor, Booz and Co.

The grocery store industry will be reshaped by four driving forces during the next 12 years, according to the 2013 Trends report from Food Marketing Institute.

In an interview with SN, Thom Blischok, chief retail strategist and senior executive advisor, Booz and Co., which was one of four organizations that compiled research for the Trends report, said those forces are:

• Shifts in demographics, particularly an increasing percentage of ethnic shoppers;

• Changes in marketing and merchandising that reflect better assortments and new levels of loyalty programs; and

• The increasing availability and expanded capabilities of smartphone technology.

“These four forces will drive a restructuring of retail like we have not seen in decades,” Blischok said. “It doesn’t mean that stores will not exist. … But the environment is getting more complex, and the consumer will have more choices. Every single retailer will have to establish, what is their banner promise, and deliver that in the store every single day.”

One of the most important drivers of change in the retail landscape is the addition of square footage, he said, leading to “a growing imbalance between capacity and demand” as population growth does not keep pace.

Blischok said the Trends report projects the potential for an additional 290 million square feet of grocery selling space being added by 2025 — 145 million from grocery operators and another 145 million from nontraditional players such as club stores, dollar stores and other formats.

“The end result is that the traditional supermarket industry must find a unique way to compete differently,” Blischok said. “Supermarkets are not going away. They may get smaller, they may get a bit more high end, they may get more unique, they may offer a range of services — everything from buy in the store, to order online and buy in the store, to home delivery — but what’s very clear is that to survive, they have to create a unique value equation for the shopper.”

At the same time, the demographics of the population are shifting as the large Baby Boom population ages and as ethnic minorities, particularly Hispanics, make up a larger percentage of shoppers. By 2025, about 47% of the American population will be ethnic, Blischok noted.

He suggested that retailers seeking to serve the growing Hispanic population in particular pay close attention to the characteristics of the Hispanics in the individual markets where they operate, rather than taking a blanket approach to that consumer niche.

Some key elements for retailers to consider, he said, are having the right mix of national, Hispanic and private-label brands, having bilingual employees and having signs that reflect a multi-cultural store.

In addition, the population of consumers age 65 and older will grow about 7% by 2025, and many of them will be value-seekers.

Most retailers, he said, lack a marketing and merchandising program designed to incent shoppers in that age group. Opportunities in this area could include information about nutrition for older consumers, sings with larger type and language that appeals to that demographic, and information about how to shop the store.

“In the next few years, we will see a tremendous amount of innovation in merchandising as retailers and manufacturers try to come together to begin to help the shopper believe that the store is designed for them,” he said.

That relates to another trend in merchandising in which supermarket operators will increasingly focus back on the Center Store, he said. While most retailers have been investing in the perishables departments on the perimeter, the next era of merchandising will be more about “total store coherence,” Blischok explained, which involves making sure the store assortment and presentation are tailored to what the shoppers actually want.

In marketing, Blischok said he expects to see a new level of loyalty marketing emerge, which he called “total wallet loyalty.” It can be seen as an extension of the gas-grocery partnerships that many supermarkets currently deploy, but involving additional vendors of products and services.

That relates to the final major shift occurring in the retail landscape, surrounding technology, and in particular smartphones. By 2017, about 75% or more of Americans are expected to have a smartphone device, Blischok said, and those devices will store much more memory than current versions and will be loaded with 100 or more apps.

“Retailers will have to embrace technology, and have some form of serving the customer online,” Blischok said. “We also think that value creation will be done by driving a new shopping experience that is much more friendly, much more personal, much more interactive. Success will be based on how well retailers understand their shoppers.

“The average retailer needs to think about 15% of their cost structure coming out and being replaced by differentiators for the future,” he said.