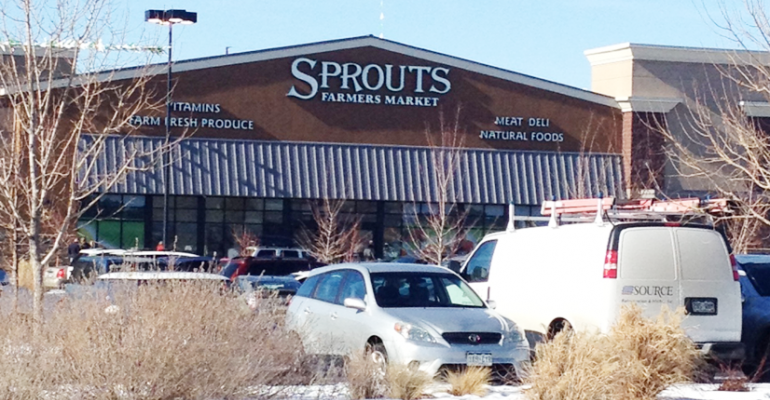 GRAND JUNCTION, Colo. — Sprouts Farmers Market opened its 150th store here this month, marking a milestone for the fast-growing company. The 23,000-square-foot store is the chain’s 23rd location in Colorado, following the opening in early January of a store in Longmont, Colo. Another store is planned for later this year in Denver. Sprouts completed the acquisition of the 37-unit Sunflower Farmers Market chain in May 2012, driving it to No. 57 on SN’s Top 75 list of the largest food retailers in North America, with estimated revenues of $2 billion. Other supermarkets in the Grand Junction market include Kroger’s City Market chain, Safeway and Albertsons, as well as Wal-Mart and Natural Grocers by Vitamin Cottage.