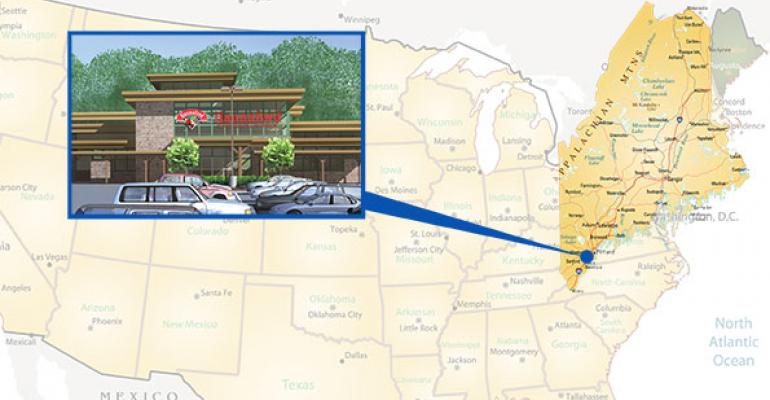 Hannaford Bros. is planning to open a 20,000-square-foot supermarket near its Scarborough, Maine, headquarters this summer that officials say could potentially serve as an expansion vehicle for the chain.

Kevin Holt, CEO of Hannaford parent Delhaize America, said the store would represent a new format for Hannaford, rather than a shrunken version of its typical supermarket, which is more than twice as large. While the initial concept would require some testing before additional units could roll out, Holt said the prototype had potential advantages including giving the growth-minded retailer flexibility to expand in markets where larger sites are expensive or unavailable, and an option to fill in geographies between larger stores.

“We think that for fill-in sites, it works pretty well,” Holt told SN in an interview Wednesday in Wilmington, N.C., where Delhaize held events for financial analysts and media. “We also think there can be a design standard around 20,000 feet that can be pretty productive. You see a lot in the marketplace today with stores like [Sprouts] and The Fresh Market.”

The prototype small concept, which he described as “completely redesigned around fresh,” will also prepare Hannaford to accept smaller sites where it can’t get zoning or permissions to build a full-size store, Holt added.

“What happens to a lot of retailers is they accept a smaller site, they find they get their assortments squished trying to fit in,” Holt said. “This isn’t a 45,000-square-foot store squished into 20,000 square feet.”

Some of the fresh ideas headed for that store — along with a new full-size new Hannaford prototype targeted for a 2016 opening — are being tested now in Hannaford stores including restaurant stations and prepared foods that Holt said would intensify Hannaford’s focus on fresh food.

Holt said the company similarly intends to improve its “Farmstand” produce displays utilizing more abundance, and invest in employee training around product knowledge to build on the brand’s strengths in fresh. “We want to take it to the next level,” he said.

Holt said Hannaford was also open to to growing by acquisition, citing several recent acquisitions of small chains in it its market area. He declined to comment on whether Hannaford was involved in a bid for Massachusetts rival Market Basket last summer, as some reports indicated, but said generally Hannaford would look at in-market rivals up for sale.