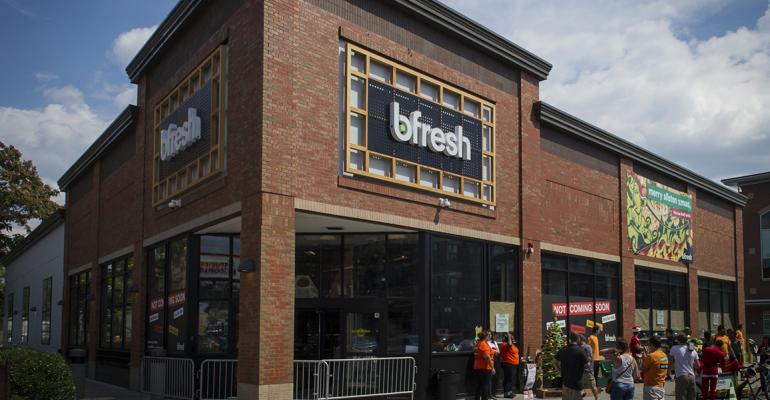 Is there still an opportunity in small format supermarkets?

Walmart’s decision to pull the plug on its Walmart Express pilot should not be taken as a read of the future for smaller format grocery stores in the U.S. For the retailer, discontinuing the pilot at this stage is driven by internal factors rather than the failure of the format itself and looks like a solid, commercially-driven decision.

The concept needed scale to be truly successful
The decision enables the retailer to focus on its core Supercenter and Neighborhood Market formats, where there is a significant amount of work underway to reposition them in a fast-changing retail sector. Secondly, while the format was reported to be profitable, Walmart would have needed to open at least a couple of thousand of the stores to build a business of significant scale. This would require a dedicated supply chain and related infrastructure, placing more demands on investment dollars.

Intense competition from drugstores and dollar stores
Even the Neighborhood Market format, however, was not perfect and the retailer faced significant competition in the sector from both drugstores and dollar stores. The combined estate of the top two operators in each of these segments is nearing 40,000 stores, and arguably many of the best locations have already been secured.

Coming not long after the failure of another smaller format concept that was set to revolutionize the market, Fresh & Easy, is it time to abandon any thoughts of a supermarket retailer having success with smaller stores? 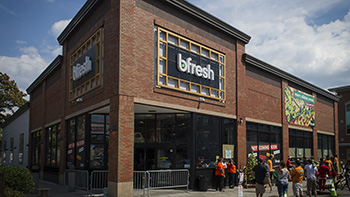 Winning through focusing on fresh and meal solutions
The evidence says no. One of the most exciting new formats I visited last year was Ahold’s bfresh concept. At 10,000 square feet, the offer has been built around three key elements:

This type of format is likely to succeed because in an urban setting the offer is shopper relevant and it benefits from strong traffic.

Has to be more than a ‘mini-me’ concept
The challenge often though is making smaller supermarkets work in a more suburban or rural location. Success here requires retailers to offer much more than a ‘mini-me’ format, something very different than a shrunken version of existing supermarket formats. Aldi, and as we shall soon see with Lidl, have figured this out. They provide shoppers with a differentiated shopping experience, rooted in value, but also built on product quality and simplifying the in-store shopper journey. In contrast to urban locations, it’s about meeting top-up rather than eat-now missions, but above all it’s about meeting shopper needs that are not being fulfilled by existing choices.

Eagerly anticipated developments this year
Despite Walmart’s exit, I’m not expecting to see any let-up in activity in this space over the next 12 months. At Target, smaller format stores will account for the majority of new store openings this year; with a strong non-food offer, the integration of ecommerce, an evolving food offer, and a pharmacy partnership with CVS Health, the concept has legs. Later this year Whole Foods Market will make its small format debut, with the company promising a unique and differentiated experience. Time will tell if any of these new formats will make it to full rollout, but there’s no doubt that retailers continue to see potential in this segment.

Who do you see as winning in the U.S. with smaller supermarket formats? Is the opportunity between convenience and supermarkets big enough for a major retailer, or will it be best served by local operators?