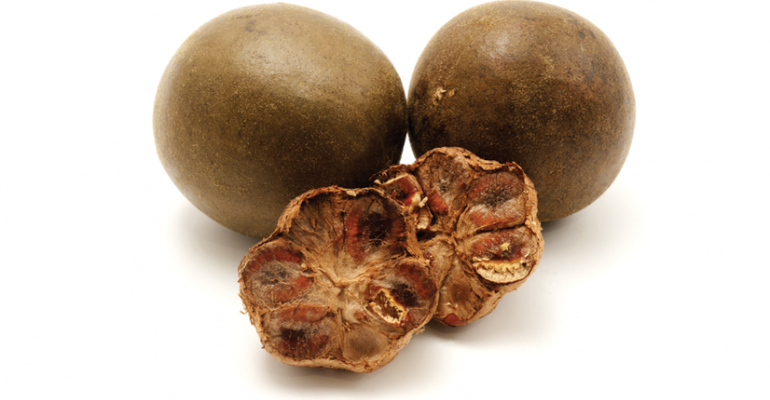 &ldquo;We need a pool of funds that will allow us to promote what organic delivers.&rdquo; &mdash; Christine Bushway, executive director and CEO, Organic Trade Association

A $30M Check-off for Organics

What could the organic industry do with $30 million?

For starters, it could present a cross-category, unified message designed to educate consumers about organic food, and provide retailers with marketing materials that bring the message into the store.

“We need a pool of funds that will allow us to promote what organic delivers,” said Christine Bushway, executive director and CEO of the Organic Trade Association.

The OTA has proposed establishing a marketing order to launch and maintain the organic message by levying fees on producers. Bushway estimates a check-off program could generate up to $30 million in funds every year.

“It can be television ads, radio ads, print ads or things that individual companies could tie into,” she said, adding that research into agronomics and nutrition would also benefit.

The organization is hosting town hall-style meetings to gauge stakeholder interest. If plans move forward, it might take another year before the program is up and running. Unlike other check-off programs devoted to single commodities like pork or watermelon, this one would cover all categories that sell organic products.

“Marketing is a basic business plan expense that can do just that,” Bushway said.

Back to Product Segregation

When Giant of Landover opened its new store just north of Baltimore, Md., in September, one of the new features officials were especially eager to show off was a segregated wellness aisle that runs adjacent to the produce department.

“In addition to new signage within the aisle, we’ve also incorporated refrigerated cases and frozen doors for natural, organic and gluten-free products,” said Jamie Miller, a spokesman for the Ahold USA-owned chain.

Giant officials say the department will serve as a prototype for all new store locations, yet the changes are also significant because they mark a departure from the industry’s ongoing emphasis on integration.

Other retailers are moving in this direction, including Safeway. Some stores in the national chain now feature unique merchandising schemes for gluten-free products. Here, separate displays can be justified as a retailer’s attempt to avoid cross-contamination, or simplify the shopping process, say experts.

“There are sections like gluten free which benefit from segregation because the consumer looking for these products has a very specific, exact need,” said Dan Lohman, strategic advisor at Category Management Solutions.

When it comes to the broader natural and organic categories, however, segregation isn’t as simple a decision. The wide variety of products needs to be presented in such a way that the consumer is still willing to shop the “store within a store.” It’s a format that can fall flat if not properly executed, experts say.

In Giant’s case, the section has been dubbed Nature’s Promise, named after the chain’s private-label line of natural/organic products. Many of the items have representation in the new aisle. Indeed, store brands are another key reason why segregated merchandising is on a rebound of sorts.

“There are really a lot of retailers out there pushing their private label because that’s how they make some good money,” said Lohman.

Supermarkets have long recycled cardboard and plastic film for additional revenue, but durable plastic of the kind used in delis, ISBs and pharmacies have posed a challenge.

A new program offered by the Association of Postconsumer Plastics Recyclers addresses the issue with tools that include a how-to guide, technical service assistance, an educational video series, a list of companies that purchase recovered plastics, worksheets to evaluate potential cost savings and revenue, and customizable training materials. All are available free of charge online at www.recyclegroceryplastics.org. Both Ahold USA and Delhaize America have tested the program and are considering implementing it in more divisions, according to officials.

The arrival this year of a new sweetener made out of monk fruit has upended a category that’s just getting used to stevia. A native of China, monk fruit can be up to 300 times sweeter than sugar in its natural state, though refined product for tabletop use has been ratcheted down a bit, averaging 150 to 200 times as sweet. 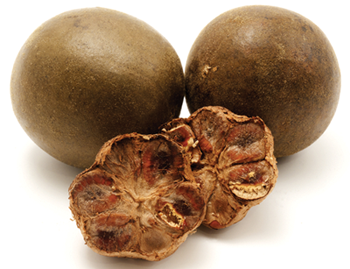 What excites food and beverage manufacturers is that luo han guo — as the Chinese call it — has zero calories while appealing to the consumer’s desire for natural no-calorie sweeteners.

A website devoted to the benefits of the small, melon-like fruit includes glowing endorsements from nutrition experts.

BioVittoria, a New Zealand-based company, was first to the world market with a monk fruit sweetener in 2010, though this year a U.S. manufacturer has unveiled its own version, with great fanfare. Nectresse was created by Splenda developer and Johnson & Johnson subsidiary McNeil Nutritionals, and was introduced only in September. Currently the product is available in a 5.9-ounce canister or a box containing 40 packets.

Move over, Paul Newman. Another celebrity is looking for space on the supermarket shelf. After years of causing runs on products she endorsed during her popular, long-running television talk show, Oprah Winfrey might be preparing to try her hand at launching her own line of products.

Applications filed with the U.S. Patent and Trademark Organization, uncovered by the New York Post, found that the media diva is seeking trademarks to cover a line of organic HBC products, including sunscreen and hair care products, as well as a beverage and even a catering service. Names mentioned in the filings include Oprah’s Organics, as well as Oprah’s Harvest and Oprah’s Farm, apparently referring to the large farm Winfrey owns in the Hawaiian Islands.

Gourmet products have always identified with the natural and organic categories on several levels, including price, and many companies are finding that connection to be particularly crucial these days. Various reports note that economic woes and the desire for transparency have consumers demanding their specialty food and beverages do more than just taste good.

Chocolate, the top specialty food purchased in the United States, has led the way with claims for fair trade, organic and Rainforest Alliance certification. Now manufacturers of a variety of indulgent foods and beverages, everything from small-batch popcorn to shortbread, have followed suit. Quinn Popcorn, with flavors like Vermont Maple and Sea Salt, promotes its all-natural ingredients and the fact that its bags are free of chemical coatings. Justin’s Nut Butters, makers of all-natural spreads, has documented its search for a 100% compostable squeeze pouch on its website.

“Specialty food consumers want to know where their food comes from and are interested in hearing the stories about the people behind their favorite foods, whether the farmer or the passionate entrepreneur,” said Louise Kramer, spokeswoman for the National Association for the Specialty Food Trade.

NASFT data show that “natural” is second only to “kosher” as the most popular claim on new specialty products. Kramer noted that 16% of companies that exhibited at this summer’s Fancy Food Show identified as a natural/organic company — an increase of more than 6% over last year’s event.

According to NASFT, concerns about health, diet and sustainability are becoming more influential in determining purchase decisions for specialty shoppers.