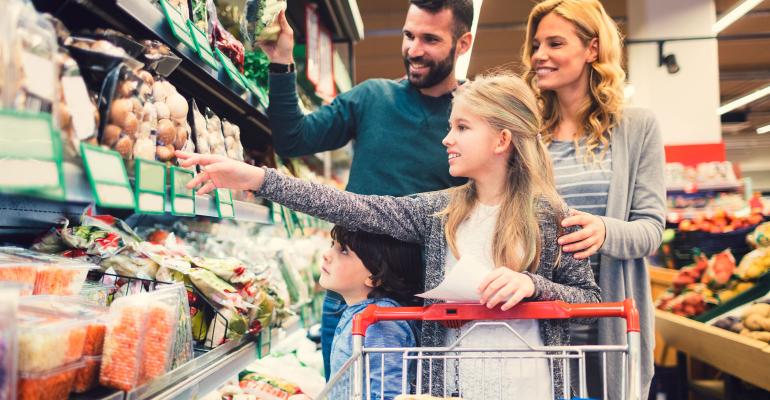 What are the “go to” foods for the family meal? Deli is not in the consideration set.

We asked shoppers in Tyson Foods, Deli Division’s Unconventional Shopper Connections experiment what their “go to” foods are for the family meal and they said they’re more likely to turn to fast food, takeout or the freezer. The shoppers admitted there’s nothing wrong with their grocer’s deli. It’s just not a good fit.

According to Eric LeBlanc, director of channel marketing, deli, at Tyson Foods, Inc. “The disconnect shoppers feel may be because they think of fast food and deli food in the same light. They said they feel like ‘dinner zeroes’ when serving foods they don’t’ have a hand in preparing. There is another option. We need to educate and inspire shoppers that prepared foods can provide a head start for a made-from scratch feeling that contributes to a satisfying meal solution.”

The “proud to serve” factor

In a previous Tyson Foods study, shoppers admitted while they understand that deli can offer a solution when there is no dinner plan, they often opt for take-out over their grocer’s prepared foods because “nothing ever looks or sounds good.” But, prepared foods are not limited by the finite menu options associated with takeout or fast food. By utilizing pre-shop messaging and point-of-sale menu ideas, retailers can show shoppers how to use prepared foods with other items from around the store to create easy meals they can be proud to serve. Just by becoming aware of the possibilities, shoppers better understand that prepared foods are a good fit for easy meal planning and a go-to solution when there is no plan.

To better position prepared foods as a “go to” solution for shoppers, retailers can:

•   Offer in-store guidance for ease of shopping and meal prep

Sponsored Content
The cooking fatigue struggle is real, but it doesn’t have to be
Jun 10, 2022