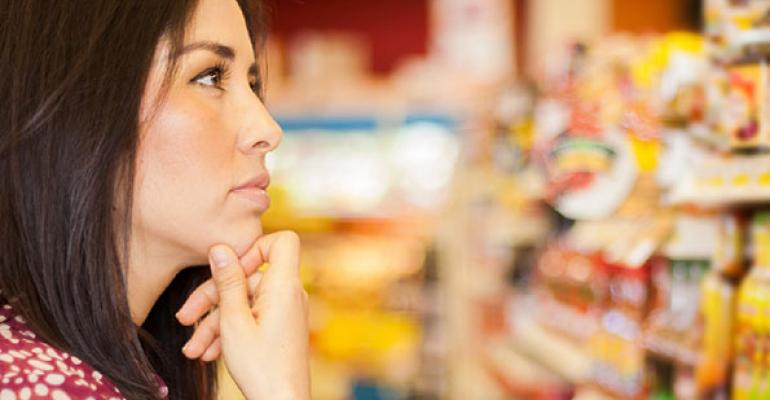 The Next Wave of Private Label

Follow the lead of Trader Joe’s and Whole Foods that are capitalizing on the consumer appeal of private label products – this market is expected to reach $220 billion by 2020.

The Next Wave of Private Label

In the midst of the 2008 recession, U.S. market share of private-label grocery products had its biggest increase ever. Since then, however, penetration has stagnated, leading some industry watchers to declare that private label has reached the end of its runway. However, we believe there are a number of reasons that the next wave of private-label growth may be right around the corner:

• Private-label penetration in Europe is much higher than in the U.S. It may not take a recession for private label to experience a growth spurt. Private label is growing elsewhere in the world, particularly in Europe, where penetration exceeds 40%.

• Consumer sentiment in the U.S. is shifting. American consumers’ “addiction” to established brands is starting to wane. These younger consumers are more inclined to reject packaged foods with a long list of ingredients and to seek out “clean-label” products that don’t benefit from branding. This trend is especially evident in the growth of fresh-to-go foods at the store perimeter.

• ‘The Germans are coming.’ We are about to witness the aggressive U.S. expansion of two enormously successful German discounters: Aldi and Lidl. Between 2009 and 2014, these companies saw compound annual growth rates of 7% and 8%, respectively, while total European supermarkets and superstores grew at a meager 1%. Both plan U.S. expansions: Aldi is already a top-20 grocer and low-cost Lidl announced expects to open approximately 150 stores by 2018. Some U.S.-based chains are taking a similar approach. Trader Joe’s sells primarily private-label items and has increased revenues 10% annually since 2008. At Whole Foods’ new line of stores, 365 by Whole Foods Market, about half of nonperishable products are sold under its 365 private label.

So how will the move towards private label affect the U.S. grocery market? Here are some the things we expect to see:

• Premium and specialty products are the next wave to be converted. Private label is no longer relegated to commodities for the financially strapped--it has branched out into salsa, granola and even prepared foods and become the intelligent choice for savvy shoppers. This opens up enormous opportunities for private-label manufacturers and retailers. For example, in 2012, Kroger launched its Simple Truth house brand—a line of products that are free of 101 ingredients Kroger identified as being of concern to its customers. Simple Truth had an astounding $1.5 billion in sales in 2015.

• Enhanced “good/better/best” strategies meet the needs of consumers. Retailers will develop or revamp private-label strategies in order to meet the full range of consumer needs--including adopting a tiered “good/better/best” brand positioning that uses different price points. Some branded suppliers with private-label businesses will struggle when a premium offering puts them at odds with their branded counterparts, leaving an opening for “pure-play” private-label suppliers.

• Fresh-to-go/perimeter growth is inevitable. Anyone who has shopped M&S in London would agree that prepared foods offerings in the U.S. have a long way to go. But that is starting to change. The approximately $11 billion fresh-prepared foods category is growing at 10% each year, and retailers like Whole Foods have moved beyond unappealing sushi to create offerings that blur the lines of retail and foodservice.

• Investment opportunities abound. A great deal of value can still be unlocked from private label. Even a modest 5% increase in penetration between now and 2020 would result in more than $75 billion in revenues (see Figure 1). Innovative manufacturers who can keep costs low will be the winners, making the ability to scale an important competitive advantage. For this reason, consolidation and roll-ups are likely to continue.

The implications of private label growth will depend on a company’s position in the supply chain—something investors will need to weigh in determining which targets are most attractive. What is clear is that the next wave of private label will soon be upon us. How companies respond is up to them.