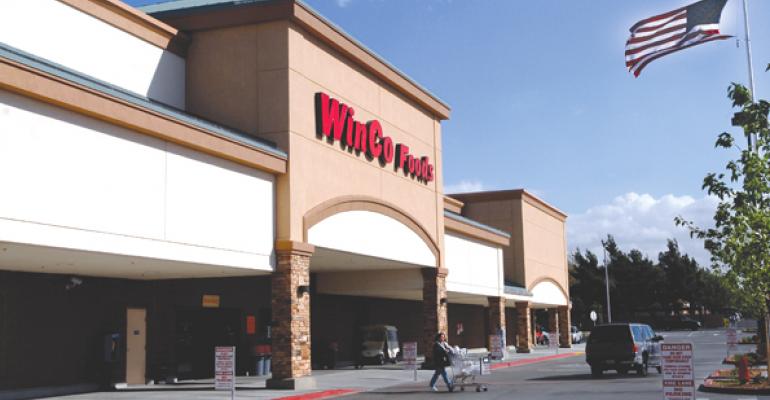 WinCo Goes for the Win

Employee-owned WinCo ramps up expansion into new markets &ldquo;Once the idea of being owners takes hold, the employees feel differently ... they do their jobs more effectively and efficiently, they get along with their co-workers better and they treat customers better.&quot; &mdash; Steven L. Goddard, president and CEO, WinCo

BOISE, Idaho — WinCo Foods here said it expects to become more aggressive in its growth over the next few years, boosting annual unit expansion to about 10% — with plans to make the jump into Texas early next year.

Openings in Colorado and New Mexico may not be far behind, company officials told SN.

However, industry observers said the company may need to figure out how to localize assortments and adjust formats as it expands eastward from its Western base to ensure continued success.

“Once the idea of being owners takes hold, the employees feel differently — they’re more motivated to come to work and look for ways to reduce shrink and other costs,” he told SN. “And they do their jobs more effectively and efficiently, they get along with their co-workers better and they treat customers better.

“So the ESOP translates into a real way to drive the success of the company.”

While continuing to grow within its existing markets, WinCo is scheduled to open its first stores in Texas — in the Dallas-Fort Worth metroplex — before the end of its fiscal year next March — with a third Texas location scheduled for the following fiscal year, Michael Read, senior vice president, public and legal affairs, told SN.

Why Dallas-Fort Worth? “Because it’s a large market, one that’s arguably underserved by the kind of large discount grocery stores we operate,” Read explained, “and our research shows the demographics indicate it could be a very productive market for us.”

WinCo contemplates two or three openings within the metroplex within a short period of time, “though in a big market like that, three stores make only a small impression,” he noted.

The chain will do very limited print advertising, relying instead almost exclusively on direct mail, he said.

“On some occasions we do some radio and TV spots — usually when we’re getting ready to open a new store in a market where we’re not well known — and we may do some of that in DFW.”

Texas is the first market that deviates from what Read called WinCo’s logical expansion progression.

“We started in the Northwest, in Idaho and Washington, continued to grow there and then down through Oregon and Northern California, including the Reno area in northern Nevada and eventually into Southern California. Then we moved into southern Nevada, in the Las Vegas area.

“After that Arizona made sense to complete the block of western states, and then we went into Utah.

“Texas is a bit of a leap, but from the economic research we’ve done, we see great potential there.”

Looking further down the road, Read said WinCo anticipates expanding further within Texas and then possibly to adjacent states like Colorado or New Mexico “and maybe others, but that won’t be for several years.”

Observers suggested the company may need to invest more in infrastructure to be as successful expanding into new areas as it’s been in its Western operations.

According to Paul Weitzel, managing partner for Willard Bishop, Barrington, Ill., “WinCo has less investment in infrastructure than most retailers because of its low-pricing philosophy and the economic formula it uses, which requires it to be very careful about spending money.”

As a result, WinCo tends to invest less in technology, and in localized assortments, he explained.

“That hasn’t hurt the company in the original states in which it operates,” Weitzel noted, although he said the company “will have to invest more in its assortments and format design to meet local needs” as its expands eastward. 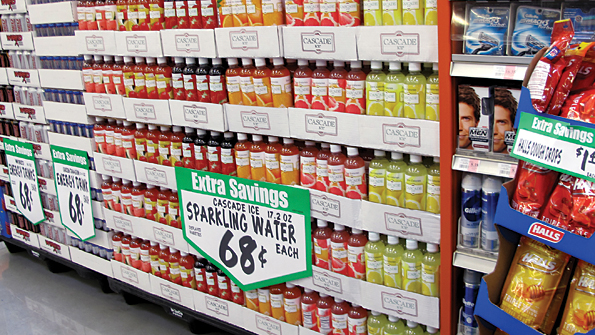 “WinCo has been one of the industry’s quiet success stories over the last decade or so,” he explained, “because of its deceptively simple formula, which encompasses very low prices and a very basic store format.

“It’s been a success wherever it’s expanded, and it’s been disruptive to every market it’s entered.”

The recession has probably helped WinCo attract customers looking for low prices, Stern pointed out, “but there will always be a lot of consumers concerned with price, so the concept is very appealing in any economic conditions.”

Both observers agreed that the ESOP has been a significant factor in the company’s success.

Weitzel said the ESOP helps WinCo retain its associates, “and it makes them more interested in the stores. And because the ESOP returns such good money, associates who are part of it may be reluctant to leave.”

According to Stern, the ESOP has enabled WinCo to build strong store staffs.

“When you look at WinCo today, it’s like looking at Wal-Mart in the 1980s, when the company would put its stock price on display in the stores,” he explained. “For WinCo employees, seeing the company’s value increase means associates tend to stick with it, so success breeds success.

“Ironically, some people have left WinCo because they were so successful. Sometimes when store directors make too much money, it’s hard for WinCo to keep them. But in the intermediate term, the ESOP is very effective and doesn’t stand in anyone’s way.”

Asked about going up against Wal-Mart Stores, Read replied, “The vast majority of our stores have competed directly with Wal-Mart since 2000, and we’re not afraid of Wal-Mart.

“They are certainly good competitors, and they certainly impact any market they enter, but so do we.

“And we are only a supermarket. We only do one thing, and that’s be a grocery store, not a mass merchandiser, so with about 23,000 SKUs we have a broader offering of groceries, including a more significant bulk foods offering, and we do a good job of keeping stores in-stock.

“Our produce and meat compare very favorably with any competitors. And our pricing will always be right there with Wal-Mart. In fact, we often beat them on many items, though sometimes they beat us.”

Read said WinCo plans to accelerate its growth rate beginning next year. It opened four stores in fiscal 2012 and five in fiscal 2013, which ended in March, and it expects to open seven or eight stores this year.

Going forward, it hopes to open between 10 and 12 locations next year and to pursue 10% annual growth after that, he noted.

“We’ve staffed up our real-estate development department and challenged it to find more opportunities,” Read said.

WinCo has already opened one new store this year — in Ventura, Calif., in early May — and plans six or seven more — in Bellingham, Wash., in mid-August; Gilbert, Ariz., in early November; Coeur d’Alene, Idaho; a couple in Southern California; and the first two Texas locations, in Fort Worth and McKinney, though it’s possible the opening of one of those six could be delayed until the 2015 fiscal year that starts in March, Read added.

WinCo’s smallest store is a 35,000-square-foot unit in Independence, Ore., that still operates under the Waremart banner — WinCo’s name before it changed it in 1999.

The original WinCos covered a 105,000-square-foot footprint, but the standard format the last five years has been 94,000 square feet, and the next group of new stores, including the Texas units, will be closer to 85,000 square feet, Read said.

The company has learned how to be more efficient in less space, he explained, “and that’s consistent with what we try to do, which is to keep costs low. That’s critical to success in the discount business.”

WinCo does open some stores that are smaller than its prototype, he noted — in Bremerton, Wash., for example, where it opened a 56,000-square-foot store in April 2012 “because that size worked best in that market,” Read explained, “and we’re not opposed to opening smaller stores in some fill-in markets.

“We’re not wedded to one size, and we’re always scratching our heads to figure out different ways to do things.”

Asked about potential acquisitions, Read said, “One of the stores we’re opening this year in Southern California is a re-do of another chain’s grocery store, which is in the mid 60,000-square-foot range —smaller than our standard size — and we have opened locations that had been operated by Costco and Home Base that are big enough for our needs.

“But given our size needs, acquisitions generally don’t make sense for us for the time being.”

WinCo is making a handful of changes in its new store design:

• Expanding bulk foods by adding about 200 more items to the 700 bulk items it already carries. “That’s a section that already works well for us,” Read pointed out. “We keep the section clean and fresh and constantly rotate items, and the department does very nicely.

“And people like the flexibility of buying in whatever quantity they want, and they like the added value of bulk because they aren’t paying for the packaging so the price is lower.”

• Separating the service seafood counter from the deli counter.

“Management decided to separate them because people have been buying more seafood the last few years, and they wanted to give the section more visibility and a higher profile,” Read explained.

Although the two sections are adjacent, they are separated by a prep room that used to be off to one side of the service counter rather than between the two sections, he noted. 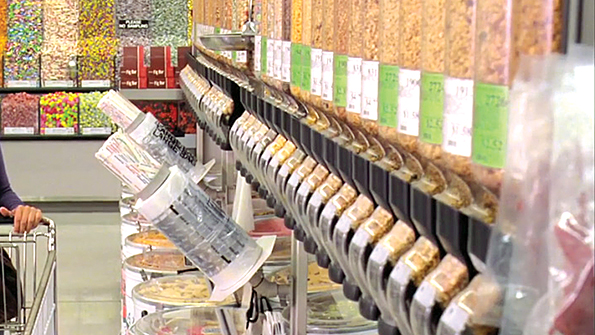 The company did four remodels two years ago and two last year but plans none for this year, “though we do small merchandising changes all the time,” Read noted.

The company plans to build a 963,500-square-foot warehouse in Phoenix that will become operational within 18 months, Read noted.

He also said there is room to expand the facilities in Modesto and Boise “and definitely in Phoenix.”