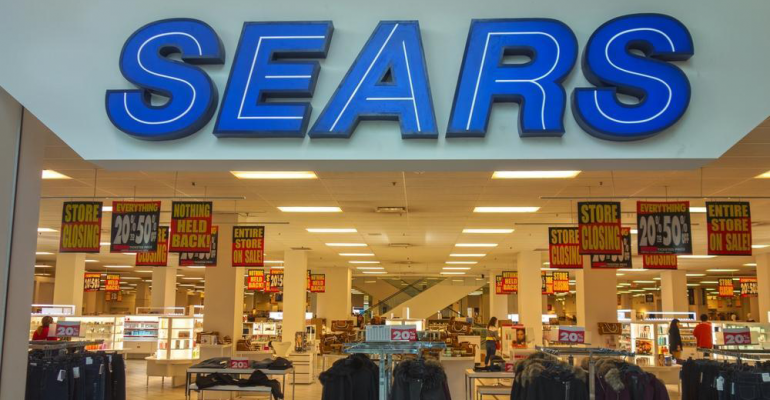 Is Amazon the Sears of a new generation?

It’s been said many times before that the evolution and ultimate rise of Amazon could be compared to that of the legendary American retailer Sears. Both companies created a new business model where there was none, founded on the principle of bringing the store to the customer. For Amazon, that meant an online digital empire; for Sears, a famous catalog and mail-order delivery that was “the Amazon of its time.”

Times change and so do business models. Last fall, Sears — the original everything store — filed for Chapter 11 bankruptcy. The retailer had long ago eschewed its catalog business for brick-and-mortar, with close to 4,000 stores across the United States at its peak, which lasted from the 1930s to the 1980s. At the time of its bankruptcy filing in October, Sears was operating 687 underperforming Sears and Kmart stores. At press time, the retailer had survived its bankruptcy auction with a $5.2 billion bid from former CEO Eddie Lampert, but Sears’ store count had dwindled to down to 425.

Now, word is that Amazon is exploring vacated Sears locations to convert into Whole Foods Markets. This makes sense on several counts: Amazon recently announced plans for a nationwide expansion of Whole Foods; the former Sears locations would give Whole Foods a foothold in new markets outside of major cities and suburbs; and the further-flung locations could be ideal for the Amazon Prime Now online grocery delivery service.

Though Amazon has not confirmed the strategy publicly, Yahoo! Finance reported that the significant overlap between shuttered Sears or Kmart locations and markets that Amazon is looking to enter makes it a likelihood that some Whole Foods stores will end up filling those locations. And the possible distressed nature of those properties could mean a discount on rent, Yahoo reported.

Interestingly, Sears never jumped on the grocery bandwagon that its fellow mass retailers Walmart and Target would later have so much success with. (Maybe grocery wouldn’t have been a good fit for a retail brand so closely linked to car batteries and kitchen appliances.) And for a company with its origins in fulfillment and delivery, Sears was shockingly unprepared for the e-commerce revolution.

When the next retail revolution strikes — whatever that may be — we can expect Amazon to be ready for it (or, more likely, responsible for it). In the meantime, Sears lingers on with a troubled future.

As retail giants go, maybe Amazon is “the Sears of our time.”

The Giant Company pushes ahead with Philadelphia expansion
Jun 13, 2022