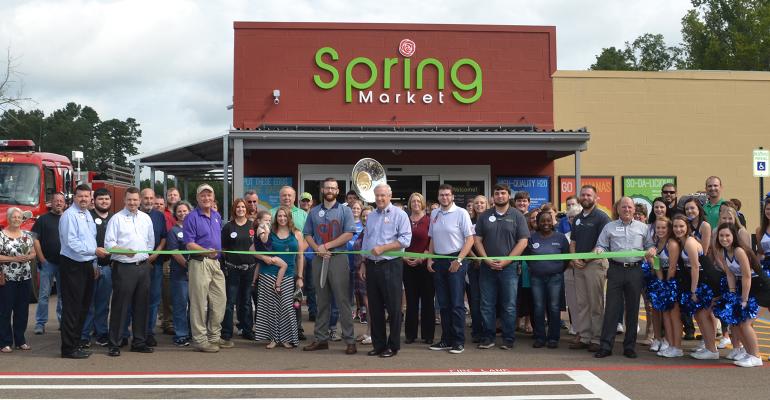 Brookshire acquired the sites in June from Walmart, which closed them earlier this year when it shut down its small-store Walmart Express concept. Dollar General and Harps Foods also acquired some Express sites from Walmart.

“We are grateful for the welcome and support we are receiving in each community where we have a Spring Market,” Brad Brookshire, BGC chairman and CEO, said in a statement. “We are glad to be able to provide the great people in these towns with a grocery store that offers quality products at competitive prices along with outstanding customer service."