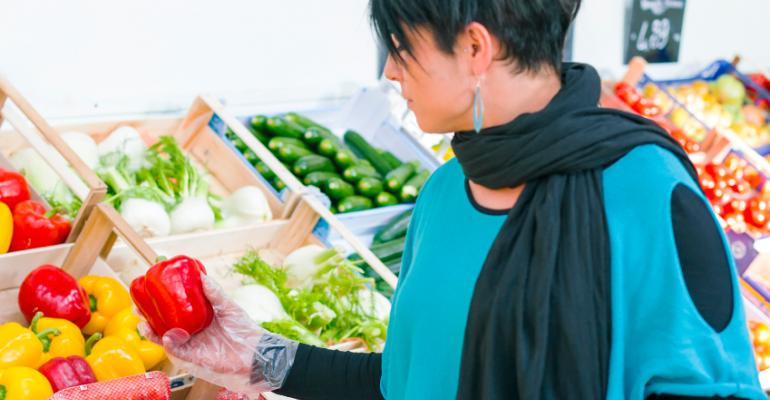 Consumer-driven trends center on convenience, health and smaller stores in 2015

Consumers will force grocers to rethink not only what, where and how they sell, but also the size of their stores.&nbsp;Sponsored by Hillphoenix.

What’s the biggest factor affecting grocery industry trends in 2015? Consumers in the driver’s seat. They’ll push for technology-enabled convenience to fit their busy lives. They’ll demand a greater focus on health and wellness. Consumers will force grocers to rethink not only what, where and how they sell, but also the size of their stores. And they’ll reward retailers who demonstrate sustainable business practices. Hillphoenix Design Specialist Justin Webster outlines five trends to watch in the coming year:

The increased convenience won’t only benefit shopper in cars. Following the success of online pickup lockers at public transit stations in Europe (for example, news outlets reported that London Underground passengers placed 10,000 online grocery orders in the first 10 months that click-and-collect services were available in subway stations), U.S. retailers are following suit. Washington D.C.’s Metro system is considering an agreement with online service Peapod to test grocery order lockers at three stations. Amazon Fresh, the grocery delivery program from the online retail giant, is now in about 10 U.S. markets. And Instacart, the grocery delivery startup, reported its 2014 revenue would be north of $100 million — 10 times more than it was in 2013.

2. Smaller stores. “On-the-go convenience has replaced all-in-one convenience for grocery-buying consumers,” Webster explained. “Increasingly, consumers would rather make more frequent trips to smaller stores where they can pop in and out with ease.” That’s one of the drivers behind drug stores netting 54 percent of quick-trip shopping experiences, according to Chicago-based market researcher IRI. Small-format dollar stores claim 46 percent of those short shopping trips, IRI reported — compared with 25 percent of traditional grocers. The bottom line: Conventional grocery stores have lost 15 percent of their market share in the last five years to competing warehouses, dollar stores and drugstores, Phil Lempert, a Santa Monica, Calif.-based grocery and retail analyst told USA Today.

Supermarkets are fighting back with smaller footprints that offer curated shopping and meal “destination” spots with great food, craft beers and more — putting a trip to the grocery store on par with a night out at a restaurant. “Grocers’ objective with small-format stores is to condense the traditional shopping trip into a high-quality experience that’s convenient for their customers,” Webster said.

Busy young millennials are solidly behind the trend, but it’s also attractive to baby boomers who don’t want to cook for one or two and even foodie Gen Xers seeking a break from the cook-at-home routine. Supermarket sales of prepared foods, which include in-store and takeout dining, are up by nearly 30 percent since 2008, according to Chicago-based researchers NPD Group.

3. Meals made easy. “Consumers will want to buy complete prepared meals — think everyday dinner ‘picnics’ — or prepackaged kits containing all the ingredients and add-ons needed to cook a nutritious meal at home,” Webster explained. This will create new opportunities for local supermarkets, which have everything needed to create meal kits. But it opens doors for online retailers to sell meal bundles, as well.

4. Focus on health and wellness. “Millennials may have sparked the trend toward healthier foods, but Generation X and baby boomer shoppers will join them on the grocery store’s periphery in 2015,” Webster said. Shoppers will seek more fresh produce, meats and dairy products, and their aversion to the center store is likely to continue hampering packaged food companies’ sales.

Aided by store-based nutritionists, shoppers will look for fresher and healthier options, even on the go, so sales of fresh juices and pre-cut produce will keep climbing. “‘Ready, fresh, now’ is on the minds of millennials looking for instant gratification in healthy, fresh alternatives that are also convenient,” Webster explained.

What’s more, shoppers will expect their supermarkets to play a bigger part in helping them achieve health and wellness goals. Most Americans favor labeling calories on prepared foods in the grocery store, according to an Associated Press-GfK poll conducted in December. That could present a less-than-ideal situation for grocers in 2015. Many are opposed to the U.S. Food and Drug Administration’s plan to require most supermarket chains to post nutritional information for prepared food sold in stores. Industry trade group the Food Marketing Institute has come out strongly against the FDA plan, which could take effect by November.

5. Greener grocery stores. “From alternative refrigerants to energy conservation, grocery chains are seeking greater sustainability,” Webster said. Supermarkets looking to future-proof their business will choose low global-warming-potential refrigerants, like CO2, more frequently — even ahead of regulatory requirements. They’ll also seek more ways to consume less energy, such as putting doors on coolers and cases. Whole Foods still leads the pack, but more grocers will give the environment a higher priority in business decisions in 2015. And because consumer interest in health extends to they planet, too, supermarkets will look for ways to promote their green credentials to shoppers.