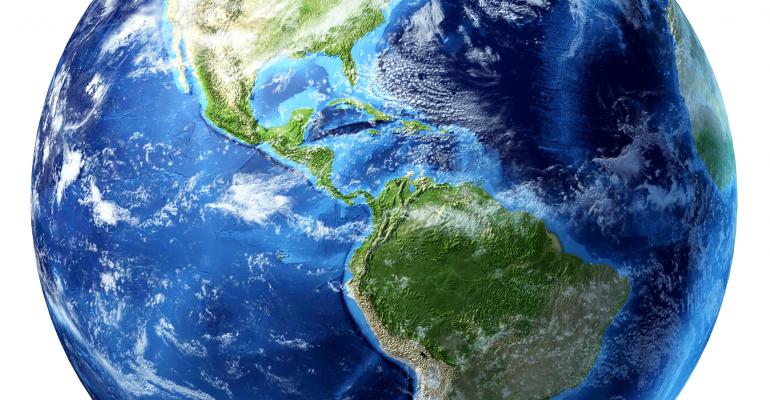 Safeguarding the environment: The future is here.

During recent high school and college student demonstrations across the United States urging Congress and the Administration to adopt laws to further protect the environment, one demonstrator’s sign caught quite a bit of attention: “There Is No Plan(et) B!”

What the student demonstrator was saying is that there is only one Planet Earth – no back-up -- and a serious effort should be made to preserve the planet against climate change and global warming. Based on scientific studies, most greenhouse gas emissions are human-made and are responsible for climate change.

So, the question is: What is the food retail industry doing to safeguard Plan(et) A for the benefit of the environment and their consumers?

While the food retail industry is actively trying to reduce the electric consumption in supermarkets, convenience, drug and dollar stores – which make up the majority of retail food outlets across America – a greater amount of attention is needed on a key issue of refrigerant leaks from the stores’ large and small refrigerated merchandisers.

These refrigerated display cases help maintain the safety and quality of beef, pork, chicken, fish, dairy, and beverages, and they help keep vegetables fresh for the health and safety of the consuming public. Good refrigeration systems also help prevent spoilage and waste.

But, the key problem with merchandisers tends to be leaks from the refrigerant lines hidden behind, under and within the display cases.

For example, the typical commercial refrigerant used in American supermarkets is R-404A, a hydrofluorocarbon (HFC), which the industry has used in recent years to replace even more damaging ozone-depleting refrigerants. While 404A is better than the refrigerants it replaced, it is still a greenhouse gas.

HFC refrigerants contain hydrogen, fluorine, and carbon chemicals, and are widely used today, and are highly regulated by the Environmental Protection Agency and state and local regulators. HFC refrigerants have no ozone depletion potential, but they are a greenhouse gas, which adds to global warming and climate change, and upsets the balance of the Earth’s eco systems.

Here’s the problem: Greenhouse gases form a layer of gas in the upper stratosphere, which causes a rise in temperature on the Earth’s surface, and that affects everything from more powerful and more destructive hurricanes, cyclones, and tornadoes to rising ocean tides, bigger floods, more wildfires, and other natural disasters.

Commonly used HFCs have a global warming potential (GWP) greater than 1,300. Other emerging natural refrigerants, have smaller, nearly non-existent GWPs. Propane R290, for example, actually has a GWP of 3, and its ozone depletion potential is zero. Nada. Zilch.

Collectively, those refrigerant leaks cause roughly 206.5 million pounds of refrigerant to evaporate from the stores’ merchandisers, rise high above the city, and out into the atmosphere, adding to climate change here and around the world.

Governments at all levels are making commitments to limit emissions of carbon dioxide and other greenhouse gases. The Paris Agreement, ratified on November 4, 2016, is one effort to combat climate change on a global scale, and its Kigali Amendment seeks to further the progress made by the Montreal Protocol, banning heat-trapping HFCs, the kind used in many American grocery stores today.

So, what’s the remedy? The food retail industry should replace end-of-life equipment, design remodels, and all new stores with systems that use a non-toxic, natural refrigerant: Propane R290.

Hussmann Corporation, a leader in refrigeration science and technology for more than a century, is the only American manufacturer to design, engineer, and develop full-sized, open multideck as well as low temperature merchandisers that are charged with refrigerant grade, environmentally friendly propane R290, which is different than propane used in outdoor grilling.

Hussmann’s recently introduced microDS line of R290 merchandisers have refrigeration systems that are self-contained, and hermetically sealed to prevent any refrigerant leaks. Furthermore, all refrigerant lines are inside the merchandiser and are brazed or welded in the manufacturing plant to ensure excellent connections during the life of the unit.

(Leaks are usually caused by deficiencies in the welding process on-site during installation of refrigerant lines almost eliminated!)

So, when thinking about Americans’ deep concerns over global warming and climate change and their demands for greater environmental safeguards, their placards bring home the reality that there is only one Planet Earth and it should be fully protected.