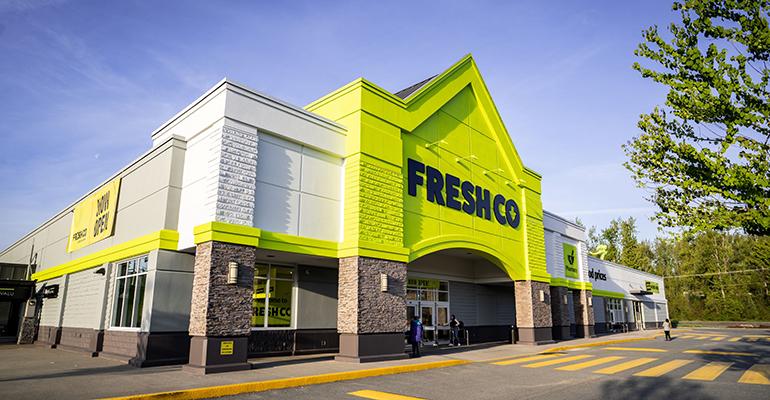 Sobeys Inc.’s FreshCo discount grocery banner has opened its first store in western Canada, one of a dozen locations planned for the region this year.

Located in Mission, British Columbia, the new FreshCo store is managed by local franchisee Randy Krantz and his team of more than 100 associates. The first 500 customers at the location’s April 25 grand opening received a free pack of 18 eggs, and over the ensuing week shoppers who spend $50 or more will get a coupon for $5 off their next visit.

Overall, Sobeys aims to open 10 FreshCo stores in British Columbia and two in Manitoba during 2019. Next up are two locations in the Kildonan and Jefferson sections of Winnipeg this Thursday; two in the Broadmoor and Blundell neighborhoods of Richmond, B.C., later in May; and two in the Strawberry Hills and Newton sections of Surrey, B.C., in June.

“We’re thrilled to serve Mission as our first FreshCo location in western Canada and look forward to bringing our discount shopping experience to more communities in B.C. and Winnipeg in the coming weeks,” Mike Venton, general manager for FreshCo, said at the grand opening. “This is the first opening that kicks off a series of much anticipated FreshCo stores in B.C.”

Designed with an easy-to-shop layout, FreshCo stores focus on providing fresh foods at low prices. Deals and savings are highlighted throughout the store, and the banner offers three money-saving guarantees: In-Stock (a raincheck plus 10% off a flyer-advertised product if it’s not available when a customer shops), Double Fresh (reimbursement and replacement of a product if a customer isn’t satisfied) and Lowest Price (price match if a product is sold for less at a competing retailer).

FreshCo locations also have an in-store pharmacy so customers can fill their prescriptions while they shop. 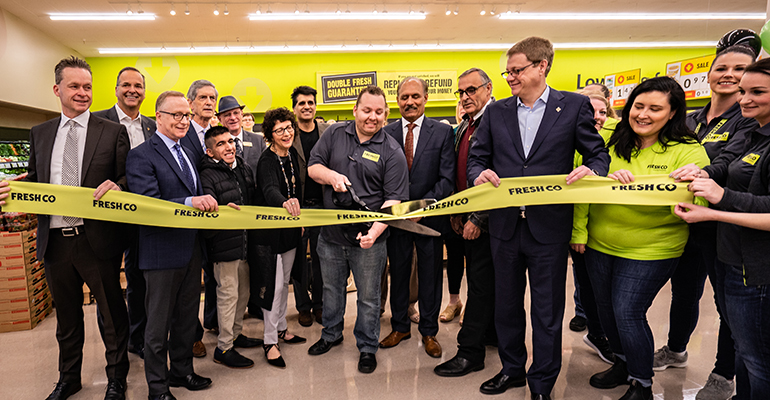 “Canadians know the value of a dollar, and so do we,” said Venton. “Customers in western Canada have been telling us they are hungry for discount shopping options, and we’re excited to introduce them to FreshCo one community at a time. Our FreshCo stores are bright, organized and fully stocked with quality produce, meats, dairy, baked goods, a greater assortment of multicultural food products and staple items from the brands customers love.”

“As we open in other communities, like Jefferson in Winnipeg, customers will be excited to see how we design our multicultural product offer to meet the needs of the local community,” he added.

In December 2017, Sobeys unveiled a plan to convert up to 25% of its 255 Safeway and Sobeys full-service stores in western Canada — amounting to more than 60 locations — to FreshCo outlets over the next five years.