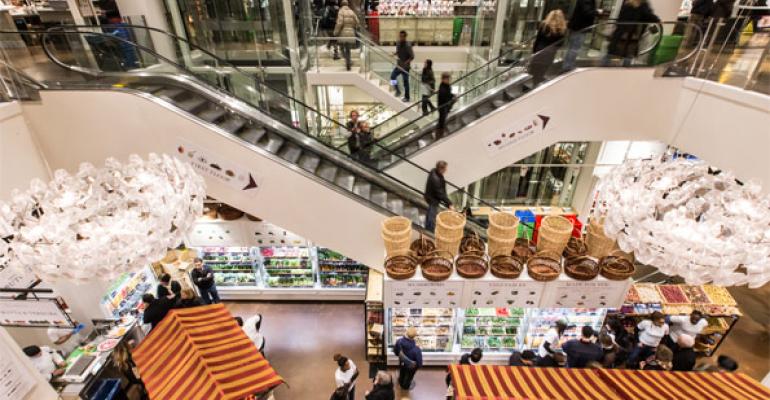 When the first Eataly store debuted in Turin, Italy, in 2007, it quickly gained a following.

“But it was successful in a different way, because … it was not a grocery store. It wasn't a giant box store. It wasn’t the little grocery store on the corner. It was something very new, and what they quickly realized is that people were going there not just to shop, but they wanted to learn about all of these products,” said Eataly Chicago general manager Jason Goldsmith.

The Chicago location, opened in December 2013 and now one of 27 stores worldwide, brings this new type of marketplace to the Midwest.

Click through the gallery for photos from inside the store.