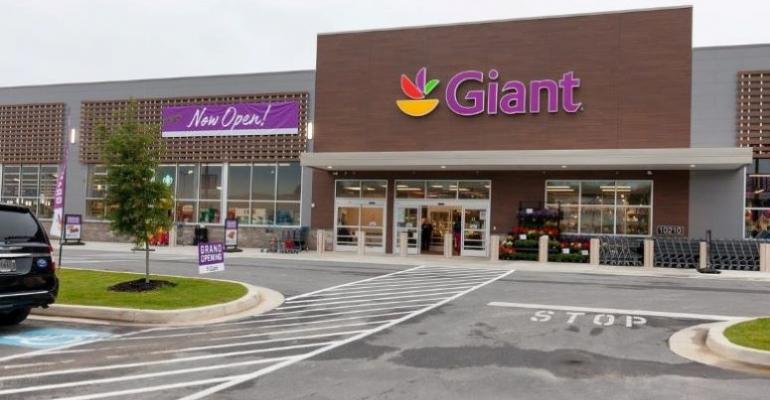 With the opening of its first brand-new store with its latest retail concept, Giant Food is bullish on its prospects in the ultra-competitive Washington, D.C., marketplace.

Landover, Md.-based Giant on Friday opened a 66,730-square-foot supermarket in Owings Mills, Md. Built from the ground up with the chain’s new store layout and design, the location features bigger selections of hot and prepared foods, fresh sushi, an extensive organic section and a full-service pharmacy, along with a PNC Bank branch, a Starbucks, a full-service floral section and expanded cheese, deli, meat and seafood departments.

“This puts a stranglehold, in my opinion, on us being the No. 1 brand in the Balt-Wash area. I'd put this store up against any competitor that we have in the marketplace,” Gary Budd, director of strategic planning and execution at Giant, said in an interview. 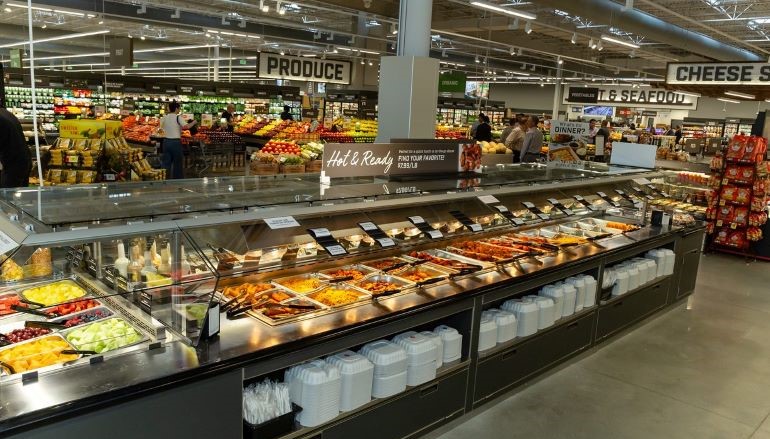 “From a format perspective, it basically has every bell and whistle available to us,” Budd said. “It has our new, expanded produce format, and we now have a huge prepared offering in our new stores. There’s a fresh pizza area where we can make a $6 personal pan pizza and have it ready for you in less than two minutes. We also have a new double-breaded fried chicken program and hot piadinis that we can again make in less than two minutes. And along with a cold salad bar, we have a new hot bar offering with Asian food, barbecue and a hot wing program as well.”

Other highlights include an enhanced gourmet cheese counter; full-service meat and seafood departments with local items; full fresh bakery and deli departments; an expanded assortment of natural and ethnic groceries; and a new health and beauty care department, which Budd described as “absolutely gorgeous.”

“And the pharmacy has our new program called Pick Point, an automated system that shortens the time it takes for us to service customers,” he added. “Basically, they just give us their name with a prescription, and the system lights up an LED that has their prescription in the back.” 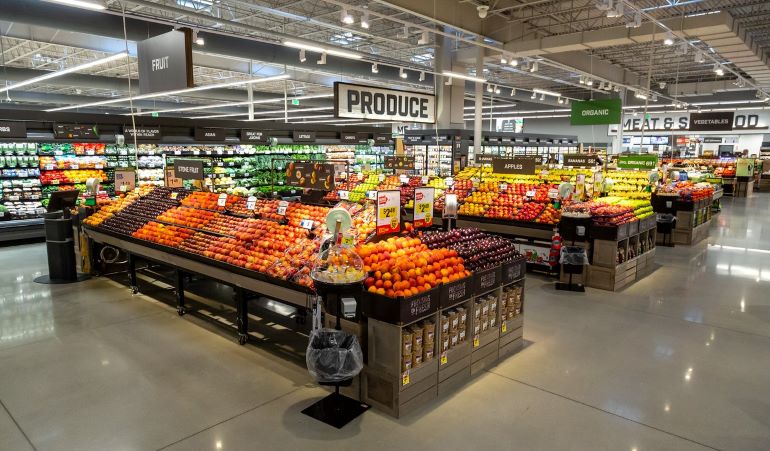 On the convenience side, the Owings Mills store offers self-checkout, including belted units that can be switched to self-checkout mode for customers with larger orders. It’s also the first new location to offer Giant’s curbside pickup service. Powered by Peapod, the online grocery arm of parent company Ahold Delhaize USA, Giant Pickup is slated to become available at 100 by the end of the year.

In December, Giant kicked off a two-year, $175 million expansion program that includes one new store in Fairfax Circle, Va., and 24 remodels over its D.C. regional trade area. That effort came in addition to a $21 million investment for the opening of a new 40,270-square-foot store in Olney, Md., this past spring. In November, the chain also opened two new stores in Herndon and Alexandria, Va., that were former Shoppers Food & Pharmacy locations.

“We’ve been doing major remodel investments the entire year. We’ve done about 14 remodel projects, and we're down to basically the last three, which we’ll finish in the next few weeks,” Budd said. Those reopenings, scheduled for mid-September, include stores in Catonsville, Md.; Centerville, Va.; and the Festival at Riva shopping center in Annapolis, Md.