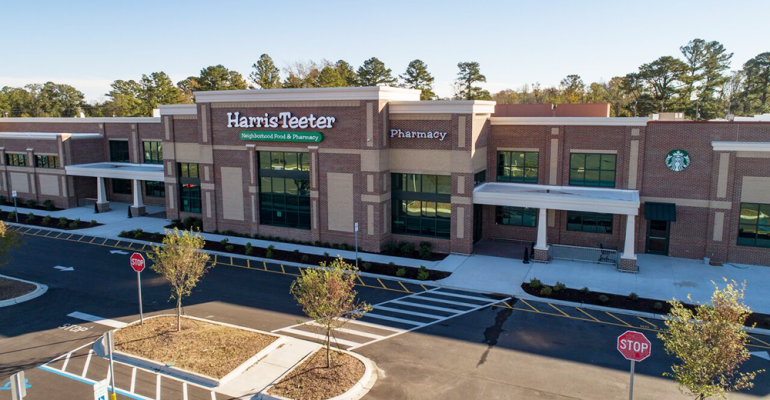 Harris Teeter on Wednesday plans to officially open the doors for its largest store to date.

The Matthews, N.C.-based supermarket chain, part of The Kroger Co., on Wednesday will hold a grand opening event for its nearly 100,000-square-foot store in New Bern, a community on the North Carolina coast.

Located in the New Bern Marketplace shopping center, the new store replaces an approximately 55,000-square-foot Harris Teeter also in New Bern. That location, in the Cross Roads shopping center, is slated to be closed today.

The Harris Teeter at New Bern Marketplace also will mark a couple of other firsts for the chain: a build-your-own burger bar and a sushi train, in which customers select sushi dishes from a rotating conveyor belt.

In addition, the new store will be only Harris Teeter’s second location to have a juice and smoothie bar, Robinson said.

“Harris Teeter is thrilled to introduce the New Bern community to their brand-new Harris Teeter and fuel center,” she said. “We are looking forward to sharing never-before-seen amenities and features.”

After the ribbon-cutting event, the store’s fuel center will offer customers a special 20-cents-per-gallon discount for the grand opening weekend from Dec. 7 to 9. Members of the Harris Teeter VIC rewards program can get 3 cents off per gallon every day when using their card.

Other features of the New Bern Marketplace store include a beer and wine bar, with craft beers on tap and wine by the glass; fresh fruit and salad bars; trail mix and olive bars; hot foods and wings bars; store-made pizza; and a sitdown eating area.

Harris Teeter operates about 150 supermarkets in North Carolina and nearly 250 stores overall across its Southeastern and Mid-Atlantic market area, which includes the Carolinas, Virginia, Georgia, Maryland, Delaware, Florida and the District of Columbia.