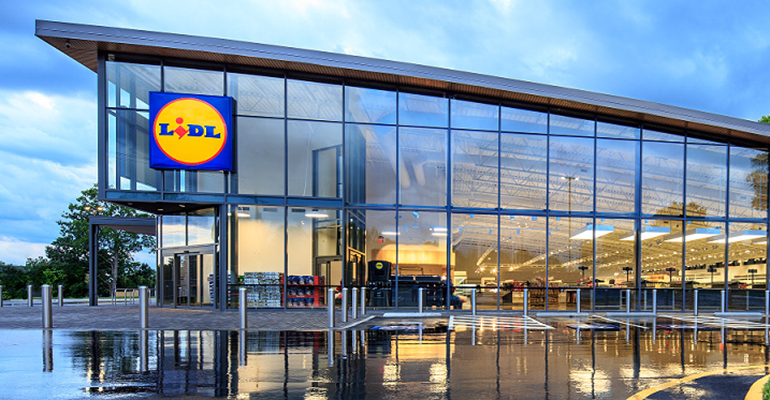 In the wake of an acquisition planting itself firmly in metropolitan New York, Lidl US has unveiled an East Coast expansion strategy calling for 25 new stores.

The hard-discount supermarket chain said Friday that it plans to open the new stores in Maryland, New Jersey, New York, North Carolina, Pennsylvania, South Carolina and Virginia by next spring. Including that expansion, the company expects to top the 100-store mark in the United States by the end of 2020, with locations in nine states.

“We are committed to long-term growth in the United States and always strive to locate in the most convenient locations for our shoppers,” Johannes Fieber, CEO of Arlington, Va.-based Lidl US, said in a statement. “These new stores are part of the next steps in our U.S. expansion.”

The upcoming locations, expected to create more than 1,000 new jobs, include seven stores in Maryland, six in North Carolina, four in Pennsylvania, four in New York, two in New Jersey and one apiece in South Carolina and Virginia.

This summer, Lidl also plans to shut two stores in Rockingham and Kinston, N.C. The company said employees will be offered the opportunity to relocate and work at stores in other areas. Earlier this week, the retailer announced a hiring event to fill 100 new positions at its regional headquarters and distribution center in Alamance County, N.C.

“Over the next year, we are excited to introduce more customers to Lidl’s award-winning quality, reliably low prices and convenient shopping experience,” Fieber stated.

Of the 25 stores slated to be opened, four are in Long Island, N.Y. Those locations, due to open in early 2020, will include the first converted stores from Lidl’s acquisition of community grocer Best Markets.

Under the deal, which closed earlier this year, Lidl purchased 27 Best Market stores, including 24 on Long Island, two in New York City (Astoria and Harlem) and one in Holmdel, N.J. The first Long Island locations will include brand-new stores in Plainview and Center Moriches and converted Best Market stores in Huntington and Babylon.

Lidl said in late April the four stores would mark “the first of several waves of openings on Long Island.” A Lidl US spokesman previously told Supermarket News that the company expects to migrate the Best Market stores to its banner over the next two to three years.