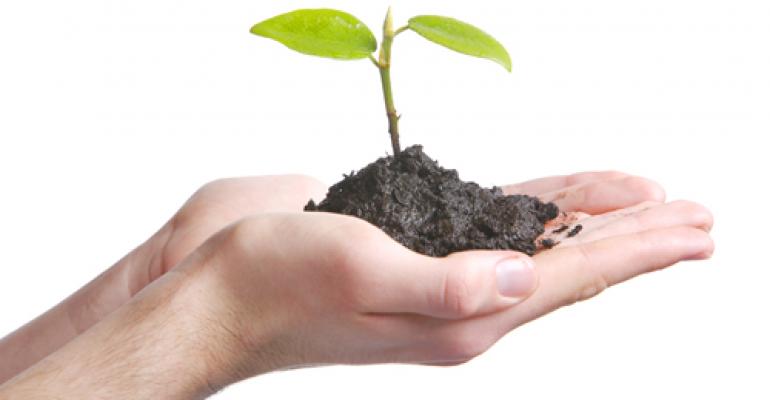 A New Year and a new attitude about refrigerants

The New Year brings with it countless personal resolutions to change unhealthy habits, exercise more, get more sleep, read more, learn new hobbies, and a myriad of other goals to improve one’s life.

The resolution-maker might even resolve to do better at work: Be punctual. Be a team player. Speak up. Take more risks. Get ahead.

The key is to commit to change, do the right thing, and work towards building a brighter future.

When it comes to the environment, 197 countries around the world have resolved to scale back – if not stamp out – the use of hydrofluorocarbons (HFCs), one of the leading refrigerants used in food merchandisers commonly seen in grocery stores, supermarkets, and drug, dollar and convenience stores.

HFCs do not harm the ozone layer as much as the older refrigerants they replaced. However, they are greenhouse gases that contribute to global warming.

So, why should this be of concern to the American food retailing industry in 2019? Because the United States Environmental Protection Agency (EPA) states that a typical supermarket’s refrigeration system holds a refrigerant charge of about 3,500 pounds and has an average annual leakage rate of about 25 percent.

That’s 25 percent of an entire store’s refrigerant -- an average of 875 pounds of refrigerant per store each year -- leaking from refrigeration units and dissipating into the atmosphere.

Now consider the fact there are 236,000 food, dollar, drug and convenience stores in the U.S. alone, and it’s easy to see that leaks in the systems and merchandiser display units are responsible for an estimated 206.5 million pounds of refrigerant chemicals being emitted into the atmosphere every year.

If left unchecked, HFCs could account for nearly 20 percent of greenhouse gas emissions by 2050, according to the EPA.

So far, 60 of the 197 countries supporting the movement have legally ratified the Kigali Amendment to the Montreal Protocol and are committed to phasing out the use of HFCs. The U.S. Senate has not (yet) agreed to be a signatory to the amendment, although the entire European Union, including Great Britain, as well as Mexico, Canada and other developed countries have ratified the amendment.

The refrigeration system, named microDS, uses a closed water loop to reject the heat from propane condensing units in Hussmann’s growing portfolio of microDS low- and medium-temperature merchandisers, including open and doored multi-deck and reach-in units.

Unlike units charged with HFCs, Hussmann’s microDS is charged with up to 150 grams or just 5.3 ounces -- slightly more than a half-cup – of propane R290 per circuit. As a full store solution, this represents 90-95 percent less refrigerant than is typically required in refrigeration systems charged by HFCs.

Propane R290, which has gained popularity in Europe as an environmentally safe refrigerant, also has a tiny global warming potential (GWP) of 3 compared to commonly-used HFC refrigerants, which have GWP ratings greater than 1,300. Furthermore, propane R290’s Ozone Depleting Potential or ODP is zero.

As for refrigerant leaks, unlike older systems, microDS is self-contained and hermetically sealed to prevent any refrigerant leaks from occurring. It also helps that the system is installed, charged, programmed, and tested in the factory before on-site delivery. Also, there is no brazing of refrigerant lines on site, which also ensures against future leaks.

The propane R290 system is among the newest of Hussmann’s broad portfolio of merchandisers available to customers worldwide. But, in time, it is believed R290 could become a leading refrigerant for the food retailing industry, especially in the U.S., where many – if not most -- in the industry are resolved to safeguarding the environment.

While some New Year’s resolution-makers get sidetracked or quickly give up on the goals they’ve set to improve their lives, far more stay the course, demonstrate their commitment to doing and being better, getting healthier, and, in fact, enhance their lives and the lives of those around them.

In 2019, the food retailing industry will continue its resolve to scale back on HFCs and adopt new technologies and eco-friendly refrigerants like propane R290. Its adoption also protects food retailers from having to worry about new state and federal refrigerant laws and leak monitoring regulations that are often more restrictive than those set by the EPA.

So, keeping a New Year’s resolution to scale back on HFC refrigerants will result in a new attitude about propane R290, and build a brighter, more environmentally safe future for consumers today and for many generations to come throughout America and around the globe.