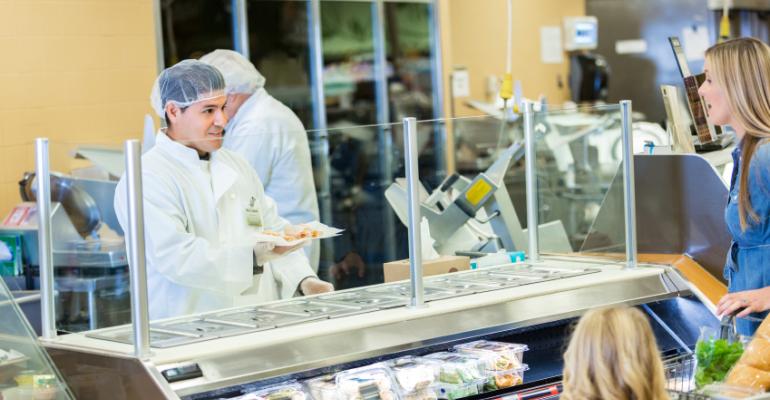 Prepared-food destination centers are a trend with staying power

Trends are tricky things, especially in a food-retail environment defined by thin margins and little room for error. Grocers want to capitalize on shoppers&rsquo; desires, but they also want to remove as much risk as possible from a business plan centered on consumer whims. Sponsored by HillPhoenix.

Food retailers seeking to jump on the prepared foods trend with compelling in-store destination centers can mitigate risk through better understanding the business potential of prepared foods. But they also need to understand the human side of why prepared foods are selling so well, said Hillphoenix Marketing & Design Specialist Margie Proctor. “Know the industry research, but put yourself in the shoes of the shopper, too,” she advised.

Proctor has recently been advising several grocers and convenience store owners about how to create in-store destination centers for prepared foods. These spaces are designed to delight and surprise shoppers — and encourage them to spend more.

So, that covers the business potential. The next question, Proctor said, is why this is happening. “The why — that’s the biggest question food retailers need to be asking themselves if they want to take a strategic, lower-risk approach to prepared-foods destination centers,” she said. If grocers understand the consumer need behind booming prepared-foods sales, they can assess whether it’s a fad or a real shift in how shoppers buy food.

“Those parents are busy. But they understand that when everyone comes together at the table, it creates high-quality family time,” Proctor said. “They know regular, nutritious meals can keep themselves and their children healthier and help combat issues like childhood obesity. They care about health and the wholesomeness of the foods they eat and don’t want to give their kids fast food every night. They want to create memorable meals, but they’re simply overwhelmed.”

Indeed, the biggest factor keeping nearly half of U.S. families from cooking a meal together is their busy schedules, according to a survey conducted for the National Association of Convenience Stores. About a third of survey respondents said they’re just too tired to cook after a long day.

The demographic and economic trends behind shoppers’ interest in destination centers and the prepared foods they sell are real and aren’t going away, Proctor noted. “That understanding gives food retailers the confidence they need to follow the destination center trend. It’s an investment that’s a safe bet for future returns.”