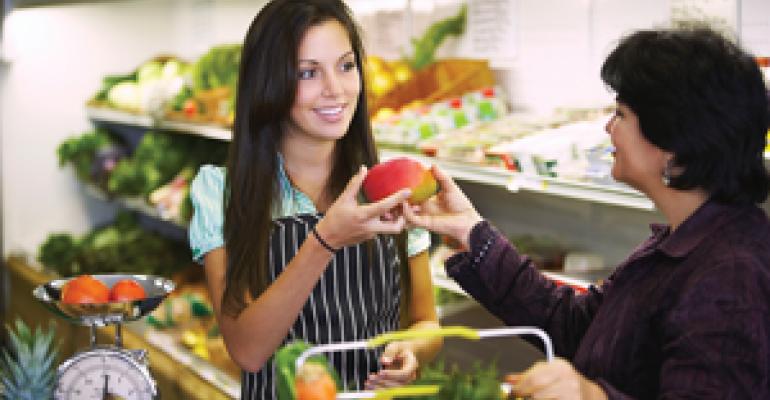 Refrigerants and the ‘Triple Bottom Line’

It’s never too late to start safeguarding your customers, the planet, and your profitability.

The point of this old adage is, it is never too late to plant a tree or to implement a concept that author and businessman John Elkington introduced 25 years ago: The “triple bottom line.”

Often referred to as TBL, it is a concept that evaluates a company's degree of social responsibility, its environmental impact, and its economic value. The elements of TBL are simply referenced as "people, planet, and profit" or the 3Ps.

It makes great sense for the food retail industry because nearly 80 million Millennials -- the largest generation in the U.S. labor force today – inherently demand it. They’ll likely be followed by Gen-X and Gen-Z shoppers – roughly 138 million U.S. consumers combined – who will come to expect TBL as a normal business model for the industry.

As a benefit to people, many food retailers promote a “buy local” mantra among their customer base, provide fund-raising opportunities for local charities, and collectively donate millions of pounds of fresh or slightly outdated food to area food banks as a means of achieving social impact in the communities they serve. And, they are all to be saluted.

Most stores today use hydrofluorocarbons (HFCs) as the refrigerant in merchandising displays, although the food retailing industry has started scaling back on HFCs, which are potent greenhouse gases that can contribute to climate change.

According to the GreenChill Partnership, a program run by the U.S. Environmental Protection Agency, a typical supermarket’s refrigeration system holds a refrigerant charge of about 3,500 pounds and has an average annual leak rate of about 25 percent. Thus, on average, refrigerant leaks cause a single supermarket to emit approximately 875 pounds of refrigerant into the atmosphere every year.

Keep in mind that there are nearly 240,000 grocery stores, supermarkets, convenience, drug, and dollar stores nationwide. Do the math, and one can quickly see the potential danger that leaking greenhouse gases can have on the Earth’s atmosphere.

If left unchecked, HFCs could account for nearly 20 percent of greenhouse gas emissions by 2050, and that’s not good.

Hussmann’s microDS is charged with up to 150 grams or just 5.3 ounces -- slightly more than a half-cup – of propane R290 per circuit, which, as a full store-solution, is 90-95 percent less refrigerant than is typically required in other systems charged by HFCs.

In terms of design and engineering, the microDS system is self-contained and hermetically sealed to prevent any leaks from ever occurring.

The  new propane R290 units are just one offering in  Hussmann’s broad portfolio of merchandisers. But, in time, R290 could become a leading refrigerant for the food retailing industry, especially throughout  the U.S.

The final component of the triple bottom line is profit. Making the 3Ps part of a store’s business strategy can attract more customers and help generate higher sales. Research shows that 73 percent of Millennials want to support companies that “do well by doing good” and are good stewards of the environment.

But, food stores of all types and sizes can also add to their profitability by reducing unnecessary expenses.

For example, as previously referenced, refrigerant leaks can be expensive because the refrigerant has to be replaced and the unit serviced. According to GreenChill, “if every supermarket in the country … reduced refrigerant emissions to the current GreenChill average of 12.9 percent per year (instead of the national average of 25 percent), the industry could save an estimated $212 million annually.”

At the end of the day, the TBL and the 3Ps can have a highly favorable impact on the short- and long-term success of a single store or a large food retailer.

If members of the food retailing industry fail to have TBL or the 3Ps as part of their business strategy, Mr. Elkington would likely be among the first in line to remind them that “it’s never too late to plant a tree.”