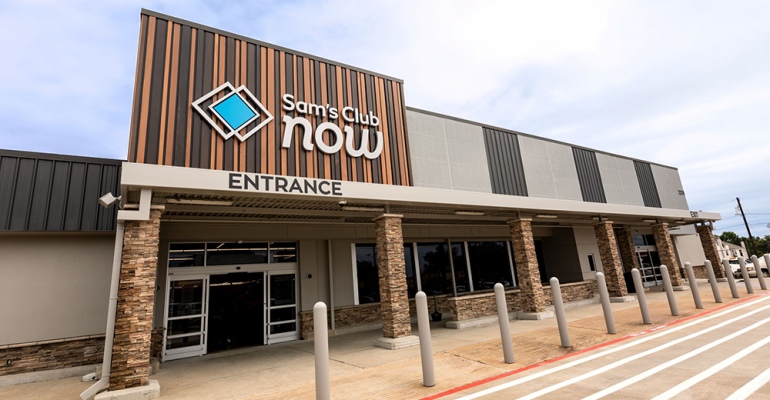 Smaller club to serve as “epicenter of innovation,” exec says

Sam’s Club soon plans to open a new, smaller club in Dallas that will serve as an incubation site for future store concepts and technology.

Called Sam’s Club Now, the 32,000-square-foot location — about a quarter of the size of a typical Sam’s warehouse club — will pilot technologies to promote a more interactive shopping environment in-store and fine-tune the omnichannel experience.

Jamie Iannone, chief executive officer of SamsClub.com, unveiled Sam’s Club Now in a blog post on Monday. In June, he had hinted at a high-tech club concept being planned for a fall opening in the Lower Greenville neighborhood of Dallas.

Though not disclosing an opening date, Iannone described Sam’s Club Now as the “epicenter of innovation for Sam’s Club,” noting that the location will leverage such technologies as computer vision, augmented reality, machine learning, artificial intelligence and robotics, among others. Also on hand will be a new associate dubbed the Member Host, who will serve in a concierge-style role to help customers get the most out of their shopping trip using the new tech tools. 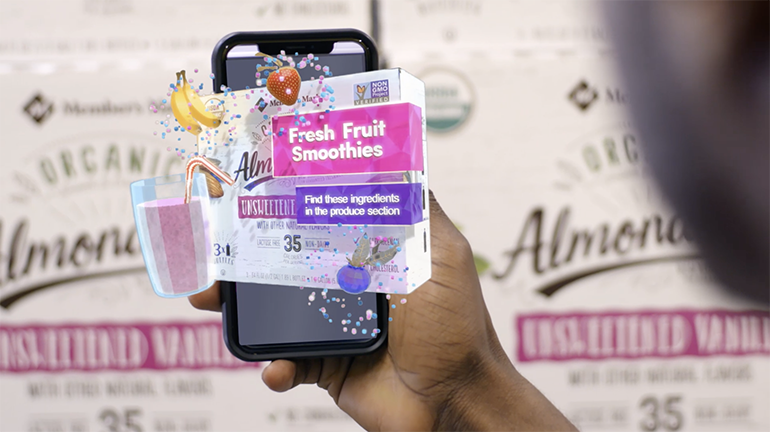 Augmented reality technology will help “bring items to life in the club” by creating new ways to use them and highlighting cool product features.

Members will shop via the new Sam’s Club Now app, which Iannone said will work off the chain’s Scan & Go technology. Through Scan & Go, customers scan and bag items as they shop and pay directly via their mobile phones, without having to wait in line at the register. They then just show an associate their digital receipt when they exit the club.

“There won’t be another club like it. It will be a mobile-first shopping experience powered by the new Sam’s Club Now app. At its core, Sam’s Club Now will be a technology lab that doubles as a live, retail club,” explained Iannone, who also serves as executive vice president of membership and technology. “It’s where we will incubate, test and refine technologies to help define the future of retail.”

Scan & Go’s popularity has climbed since its launch two years ago, according to Iannone. More than 90% of members who try Scan & Go use it again on their next trip, and regular use has risen 40% this year, he reported.

“So we’re taking Scan & Go and making it the foundation of the new Sam’s Club Now app, which all members will use to shop here. This will be an interactive experience, and they’ll help us test and refine new features before we launch them nationally,” he said. “There will always be something new to test as we’ll regularly add new functionality to the app.”

Among the key shopping features at Sam’s Club Now are smart shopping lists, which employ machine learning and purchase data to auto-fill a member’s shopping list. As items are scanned, the list automatically updates and move them to a mobile basket. Shoppers also can remove items.

Members, too, will be able to get around the club more easily using voice search and new wayfinding and navigation features, which can provide a pop-up map that takes members to what they need. 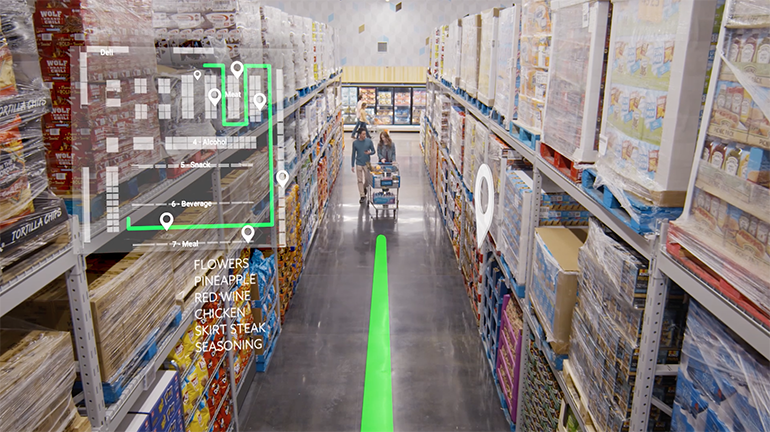 Members will be able to get around the club more easily using voice search and new wayfinding and navigation features.

“Eventually, we’ll be able to use beacon technology and a member’s smart shopping list to map the best route through the club,” Iannone noted.

Meanwhile, augmented reality technology will help “bring items to life in the club” by creating new ways to use them, he added.

“We’ll work to integrate stories that highlight cool features, including how items are sourced. We also have plans to use augmented reality to transform members’ digital carts into pirate ships. Or maybe you’d prefer a rocket?” Iannone wrote in the blog.

Also through the Sam’s Club Now app, members will be able to place and pickup an order within an hour.

Given its smaller size, the Sam’s Club Now store will carry a limited number of items, spanning 1,000 to 2,000 SKUs, with a heavy focus on groceries and fresh food offerings like grab-and-go meals, which Iannone has said are the consumables that members buy most often.

“The Sam’s Club Technology team, including technologists from our Innovation Center in Dallas, are leading this work for us,” he said. “ But innovation in Sam’s Club Now doesn’t stop with the app. At just 32,000 square feet, the club is a quarter the size of an average club. This makes it an ideal space to test new technologies that will make operating the clubs easier and more efficient.”

That includes testing electronic shelf labels that will immediately update prices and eliminate the task of having to print and replace new-item price signs. The 700-plus cameras in the club also will be leveraged to aid in inventory management and help optimize the layout to facilitate shopping, according to Iannone.

“We’re committed to redefining work in all areas of the club,” he said. “So we’ll design and test new tech-empowered ways of working that give our associates and our members the best Sam’s Club experience.”