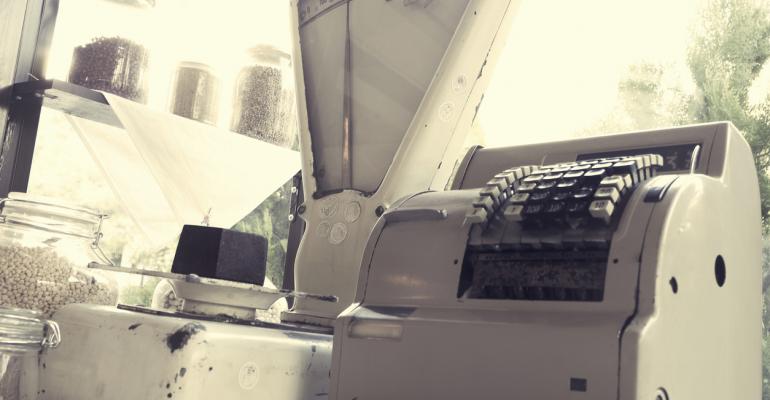 Turning Back the Hands of Time

Do we really want to go back to the “good old days”?

There isn’t a social media user alive that hasn’t seen postings about the “good old days.”

Those were times when people could buy candy with the coins in their pocket, or when there were only three or four “channels” on TV (which you had to switch manually), or you listened to ballgames on the radio because they weren’t typically broadcasted on television, which then was free.

There are hundreds if not thousands of postings online every day about the “good old days.”

But posters often forget to recall the good old days included suffocating smog caused by the burning of coal in urban households or the dumping of industrial chemicals in our nation’s rivers and streams.

They often forget the hazardous wastes that seeped into the ground, destroying wells and other water resources.

They also forget to mention the impact that pesticides were having on agriculture and the nation’s food and grocery supply, or the contaminated air and its effects on Americans coast-to-coast and the upper atmosphere.

That was before the creation of the U.S. Environmental Protection Agency, which will mark its 50th anniversary next year.

The agency was created by President Richard M. Nixon on July 9, 1970, when he consolidated several federal environmental agencies under one umbrella organization -- the EPA -- to fight pollution, beginning with unsafe pesticides.

At first, the EPA was viewed as a technical assistance agency that set goals and standards, but Congress quickly passed legislation that gave the EPA its regulatory authority. Since then, the EPA has tackled the country’s largest environmental concerns to protect the public and future generations of Americans.

For example, in 1972, Congress enacted the Clean Water Act, which established a national framework for addressing water quality. That same year, Congress required the EPA to begin measuring the risks pesticides have versus their potential benefits.

Soon, laws were enacted to control toxic substances, disposal of solid waste, and the production of chemicals, as well as steps to conserve energy and America’s natural resources.

In 1987, the EPA joined with several international organizations to research and perform a risk assessment of stratospheric ozone, the results of which helped provide the impetus for the Montreal Protocol, according to published reports.

The Montreal Protocol is designed to protect the ozone layer by phasing out the production and use of numerous substances, including hydrofluorocarbons (HFCs) for commercial refrigeration used throughout the global food retail industry.

The chief problem: Leaking refrigeration lines in grocery, convenience, dollar, and drug store merchandisers that enable HFCs to escape and evaporate into the atmosphere.

According to the EPA’s GreenChill Partnership, a typical supermarket’s refrigeration system holds a refrigerant charge of about 3,500 pounds and has an average annual leak rate of about 25 percent. Thus, on average, refrigerant leaks cause a single supermarket to emit approximately 875 pounds of refrigerant into the atmosphere every year.

With more than 236,000 food retail outlets in the U.S. alone, one can quickly see that roughly 206.5 million pounds of refrigerants escape into the atmosphere every year, contributing to global warming.

Many companies throughout the food retail industry are taking serious steps to combat global warming and achieving their business and reputational objectives of “being green,” according to industry publications. They are doing it, in part, by scaling back, if not eliminating, the use of HFCs as refrigerants for their merchandisers, display cases and freezers.

To help achieve their customers’ environmental sustainability efforts, Hussmann Corporation, one of the nation’s foremost manufacturers of refrigerated merchandisers and display cases, recently launched microDS, a state-of-the-art refrigeration system that is charged with up to 150 grams (5.3 ounces) of environmentally safe propane R290 per circuit for full-size merchandisers.

Incidentally, the small charge of 150 grams is 90 to 95 percent less refrigerant than is typically used in systems charged by HFCs.

Importantly, the units are self-contained, water-cooled, and hermetically sealed.

In the final stages of manufacturing, the merchandisers are charged, programmed, then fully tested before they leave Hussmann’s manufacturing plants for delivery to the customers’ stores, where they can be quickly and easily installed.

Last September, a new rule was proposed that would rescind provisions regarding the maintenance and repair of leaky commercial refrigeration systems that contain 50 or more pounds of substitute refrigerants such as HFCs. The proposed rule would roll back parts of Section 608 of its Refrigerant Management Regulations as it applies to HFCs.

If finalized as proposed, those equipment owners would no longer be required to conduct certain leak rate calculations, repair or report chronically leaky merchandisers to the EPA, or maintain certain leak-related records, just like “the good old days” before such requirements were enacted to protect consumers and the Earth’s atmosphere for the next generation and many others to come.