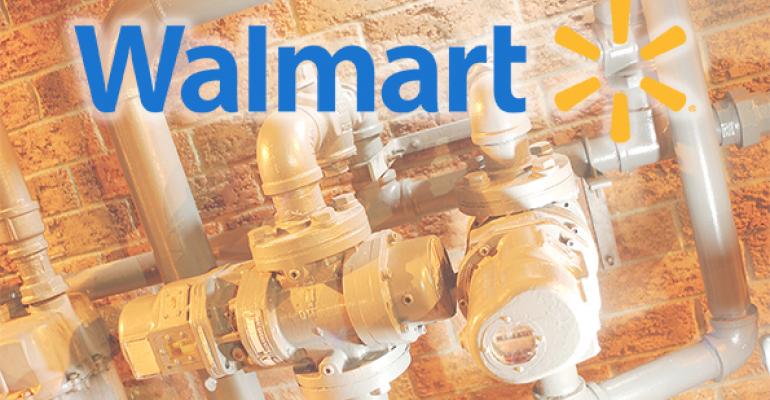 What's in the pipe for closed Walmart stores?

Wal-Mart Stores abruptly closed five supercenters this week to work on plumbing issues plaguing the units, but the retailer could wind up repairing more than just the pipes.

A spokesman for the Bentonville, Ark.-based retailer told SN Thursday the company was hopeful that the stores — located in Tulsa, Okla.; Midland, Texas; Livingston, Texas; Brandon, Fla.; and Pico Rivera, Calif. — could reopen within six months. In addition to “extensive repairs” required to plumbing at the stores, Walmart would also look at what other improvements can be made to upgrade the units, the spokesman added. He declined to elaborate.

Greg Foran, Walmart’s U.S. CEO, in a recent investor presentation said the company was at work on “reinventing” the supercenter in concert with changes to the retailer’s distribution model. Foran cited an opportunity to improve space allocations and adjacencies, ambiance, navigation and flow. While it was unclear whether any layout changes would necessarily come to the closed stores, the units are being cleared of all equipment and fixtures so as to address the plumbing, the spokesman said.

The five stores, which closed Monday, had the most incidents of plumbing issues in Walmart’s entire fleet of stores over the last two years, the spokesman added. He characterized the problem as “recurring clogs and leaks.”

In a statement Thursday, Walmart said “Our goal, of course, as a business is to keep our stores open and serving customers. We made a tough business decision in five locations around the country to fix recurring plumbing problems in these stores. We understand this decision has been difficult on our associates and our customers and we aim to reopen these stores as soon as these issues are resolved and improvements are made.”