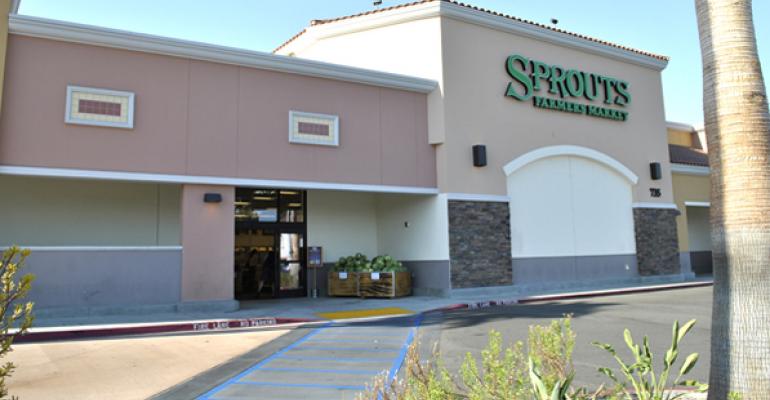 PHOENIX — Riding a compelling growth story in a hot industry, Sprouts Farmers Market literally and figuratively rang the bell of the NASDAQ stock market during its first day of trading Aug. 1.

The natural food retailer raised $333 million by selling 18.5 million shares at $18 during the initial offering — shares that were initially expected to sell between $14 and $16 per share, according to a prospectus. On the public market, shares opened at $35 and closed at $40.23 — an increase of more than 123% in its first day.

, Sprouts president and chief executive officer, in an interview with SN said he felt investors were attracted by Sprouts’ strong performance and long-term growth prospects, and by momentum in the natural/organic industry.

“There’s a lot of growth in our sector and a lot tailwind in natural and organic,” Sanders said. “We’ve grown into a pretty sizeable company over the years and have some tremendous momentum.”

Sanders told SN he sees a large opportunity for growth by using sharp pricing in produce to lure traditional supermarket shoppers to its stores, then converting them to become primary shoppers at Sprouts. The company also has plenty of “white space” for growth. Sprouts intends to open 20 new stores this year and increase its store count by 12% a year thereafter.

Expansion plans include a store next year in Atlanta — which would be Sprouts’ first stores outside of the Southwest. Sanders said the company would use the Atlanta as a base for additional growth in the Southeast.