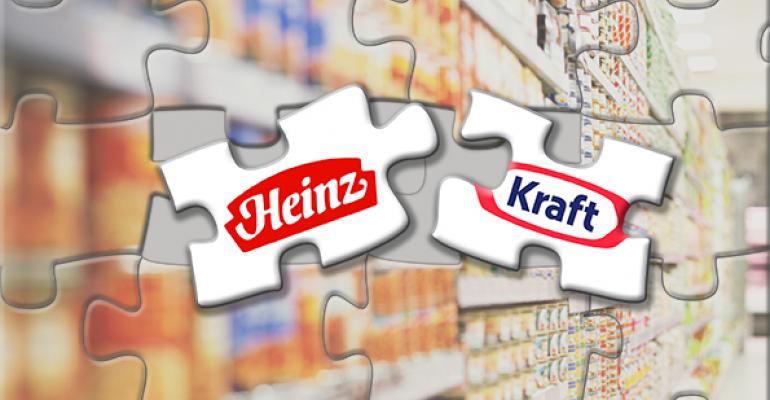 While there have been other big mergers in the CPG industry, the Kraft Foods Group and H.J. Heinz Co. deal is a game changer.

Heinz and Kraft announced Wednesday that they agreed to merge in a deal that will form The Kraft Heinz Co., the fifth largest food and beverage firm in the world and the third largest in North America.

The new company will have revenues of about $28 billion.

The deal is being financed in part by Warren Buffett's Berkshire Hathaway and Brazilian private equity firm 3G Capital. They acquired H.J. Heinz in 2013.

Stuart describes the Kraft-Heinz deal as a merger in name only, saying it actually will be a 3G-run company.

3G is known for buying consumer companies and aggressively slashing costs. It will strip Kraft’s costs to the bone, both in terms of people and capabilities, said Stuart, just as it did when it led the takeover of Anheuser-Busch and Heinz, said Stuart.

The resulting leaner organization could affect retailers in the form of reduced broker and sales support.

“Retailers could feel a little pinch,” noted Stuart, saying retailers may be forced to use more of their own resources at store-level.

For CPGs, meanwhile, the deal will create more pressure to cut costs and operate more efficiently.

The merger, which has been approved by the boards of both companies, needs regulatory approval and the support of Kraft shareholders. The companies expect the deal to close in the second half of 2015.

John Cahill, Kraft’s chairman and CEO, will become vice chairman and chair of a newly formed operations and strategy committee of the board of directors.

In an interview with CNBC, Buffett voiced his enthusiasm about Kraft’s portfolio: