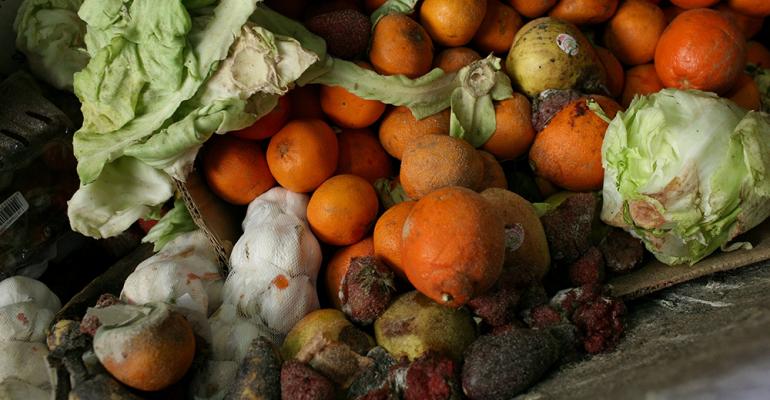 A change in culture needed to address growing problem

If you aren’t doing something to address food waste in your stores, you’re already behind the eight ball. “Our consumers are going to be asking what are you doing about food waste much like consumers were doing two decades ago on recycling,” said Doug Rausch, former president of Trader Joe’s and CEO of Conscious Capitalism, at a session at the annual IDDBA conference Monday in Anaheim, Calif.

The food waste issue is a big one; here are a few stats that should prod retailers to action:

For Rausch, it’s imperative to change to discussion around food waste, starting with the name. “‘Food waste,’ this term sucks,” he said. “It came out of academic thinking around organic waste. Who in this audience would feel good about having a second helping of food waste?

“The vast majority of what is termed ‘food waste’ is really food that is being wasted. People care a lot more passionately about not wasting food — that’s where your customers have their emotional, reactional emotions with food waste,” he added.

Rausch said consumers’ desires line up with reducing food waste. They want abundance with out waste, i.e., more experiences with fewer resources. And they want to do good in their everyday lives and community.

This shift in consumer attitude is coming at an important crossroad in the country — a time when there is a dual problem of food waste and food insecurity.

“‘Waste not, want not,’ that’s what my parents grew up with in the Great Depression and the Dust Bowl,” Rausch said. “I’m the first generation when people don’t have to worry about having enough food.”

But the dichotomy exists that while this country is able to produce enough food to feed all its citizens many people, mostly those with low incomes, are dealing with food insecurity.

“Calories are cheap but nutrients are expensive,” he said. “We owe it to our country to make sure the food system is doing well and doing good.”

That goes back to reducing food waste. And Rausch said tackling that problem could require a change in culture. “Culture is the mindset that will determine if your customers applaud you for something or if they walk away. Leaders set culture. Culture drives performance. Performance drives your actions, which drive results. If you want better results, step back and look at the culture you’ve created.”

One attitude about retail and food waste is summed up by this statement by Oliver Wyman: “Grocery chains are sometimes accused of having a strong vested interest in consumers wasting food. We fundamentally disagree with this view, and see reducing waste as more of an opportunity than a threat for retailers.”

Rausch recalls entering a grocery store in the UK and seeing empty shelves at 4 p.m. After speaking to the retailer, Rausch realized it was a deliberate tactic for reducing food waste in perishable items.

Rausch also provided several areas to help retailers cut down on food waste. Flash Food experimented with a grocer in Canada, during which the grocer set a discounted price for excess inventory. Through an app, those people who signed up for the service were able to see and purchase the excess inventory at a discount. Flash Food is looking to expand in Canada.

Flash Food isn’t alone, there are other apps that help match retailers with people who can take excess product.

Rausch said imperfect produce and donating food were also great areas to cut down on food waste, and said retailers need not fear liability of donated foods — the Good Samaritan Act shields retailers from liability as long as the food is hearty and wholesome and you donate it to a 401(c).

Technology is also helping. A new FDA-approved coating can be applied to food to help extend its shelf life.

Lastly, Rausch said the country needed to create a countrywide system and standard for “use by” and “best if used by” dates. He said “best if used by” dates should be used for those products that won’t go bad and “use by” only for those products that would harm people if they went past a certain date. He added this would require consumer education, which is often lacking.