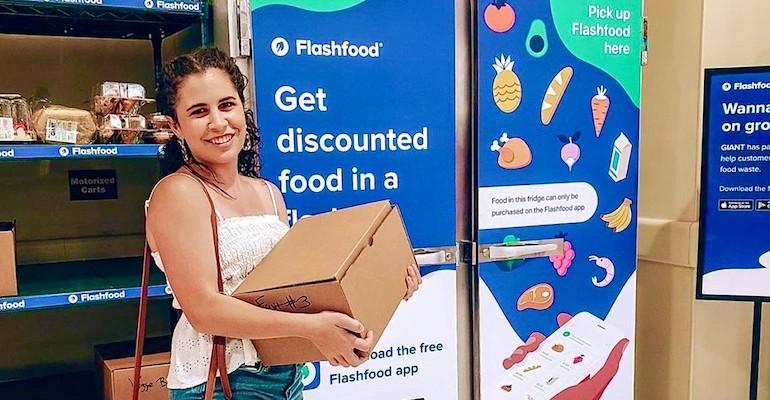 Customers of Giant and Martin’s supermarkets have embraced the idea of reducing food waste while reaping savings.

The Giant Company said this week that it has begun a chainwide rollout of the Flashfood app, which enables shoppers to buy fresh food — including produce, meat, deli and bakery items — nearing its “best before” date at much lower prices, in turn reducing store-generated food waste.

Plans call for the Flashfood program to be deployed at 170 Giant and Martin’s stores by the fall, according to Carlisle, Pa.-based Giant. The full-scale rollout of the app will start with stores in Bucks, Chester, Delaware, Montgomery and Philadelphia counties in Pennsylvania, with more stores adding Flashfood each month, the retailer said.

Giant first launched Flashfood in a test at four Giant supermarkets in Lancaster, Pa., in May 2020 and then expanded the pilot to another 33 stores in Pennsylvania (32 Giant locations) and Maryland (one Martin’s location) last December.

“Our ongoing partnership with Flashfood is twofold, providing our customers with access to fresh foods while also helping to divert more than 250,000 pounds of additional food waste away from landfills,” Glennis Harris, senior vice president of customer experience at Giant, said in a statement. “We’ve received great feedback over the past year from our customers, many of whom have told us they can eat more fresh food because of the program. We can’t wait to offer this program at all of our stores and to all of our customers this summer.” 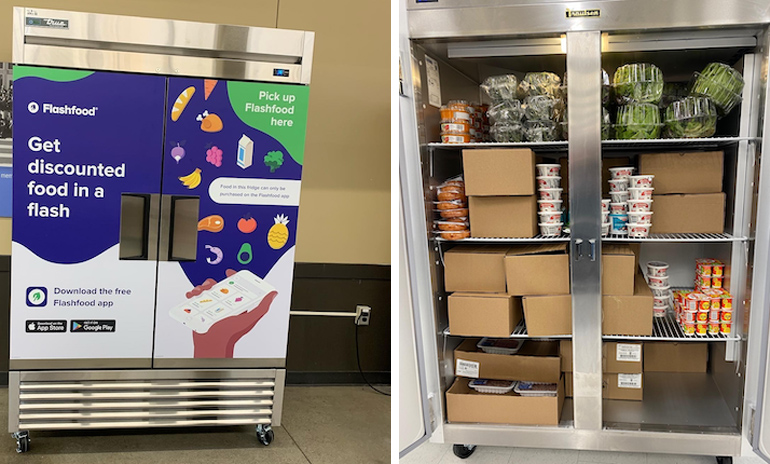 Food purchased via the Flashfood app is held at a 'Flashfood zone' inside the store, either in a refrigerator or on a storage rack, until picked up.

The free app from Toronto-based Flashfood, available on iOS and Android platforms, allows shoppers to browse deals at participating stores on fresh items approaching expiration, including meat, deli and bakery items, produce boxes and snacks. Purchases are made directly through the app, and shoppers pick up their order the same day from the “Flashfood zone” inside the participating Giant or Martin’s store. The purchased food is stored in a refrigerator or on a storage rack until picked up.

“Food waste is a massive contributor to climate change and we’re eager to tackle this complex issue in partnership with The GIANT Company, a clear leader on sustainability,” stated Flashfood founder and CEO Josh Domingues. “Flashfood is a triple-win for our partners, the planet and, most importantly, people. By introducing Flashfood chainwide, The Giant Company is making it possible for more than 100,000 families to access more fresh food this year.”