Food retailers all struggle with refrigeration leaks but the retailers participating in the Environmental Protection Agency’s GreenChill Advanced Refrigeration Partnership have found ways to keep their leak rates far lower than the industry average — thereby cutting operational costs and helping the environment.

Take Sprouts Farmers Market, Phoenix, which the GreenChill program recognized last year for having the lowest refrigeration leak rate — 6.5% — of any company in the program. Only 6.5% of Sprouts’ refrigerant escaped into the atmosphere on an annual basis, compared to about 25% on average for the supermarket industry. In fact, Sprouts’ leak rate was less than half the average rate (13.4%) for other GreenChill supermarket members. Sprouts also won the Best Emissions Rate award the previous year with a rate of 6.9%, which tied with Giant Eagle, Pittsburgh. 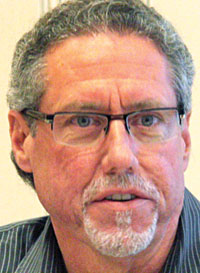 erry Stutler (right), vice president of construction and facility engineering for Sprouts, acknowledged at a Refrigeration Roundtable event co-hosted by SN that the biggest reason for his company’s low refrigerant leakage is its participation in GreenChill. “I hate to admit this, but we probably wouldn’t be anywhere near where we are today — and I’m speaking personally for our company — if it wasn’t for the GreenChill organization,” said Stutler. “It has inspired pride, it has inspired competition, and everybody knows a little friendly competition will just make you a little better.”

The 4½-year-old GreenChill program, which last year encompassed more than 7,000 stores in all 50 states, helps retailers systematically track their refrigerant usage and set goals for reducing the charge (volume) of refrigerant used and the amount leaked, while transitioning to more environmentally friendly refrigerants and systems. Retail participants include regional grocers like Sprouts and Stater Bros., small health food stores like Down-to-Earth, and nationally recognized names like Whole Foods Market and Target. The program also includes participation by refrigeration and refrigerant manufacturers.

Stutler also cited the benefits of collaboration with other GreenChill retailers, including some that also participated in the roundtable (Fresh & Easy, Raley’s Supermarkets and Supervalu). “I tell you it has opened up dialogue between competitors, all of us sitting here, that we never, ever would have talked about,” he said. “I’m sure there are some little secrets that we all withhold. But we’ll have forums every month with GreenChill, and it has really opened up the dialogue between all of the supermarket competitors on the refrigeration side, along with manufacturers, sharing ideas and sharing experiences, which we never would have done before.”

Even apart from formal discussions, he added, “it’s nothing for me to pick up a phone and call somebody at Food Lion, Whole Foods, Fresh & Easy and ask them a question. Years ago, they would have said who is calling and for what and hung the phone up.”

GreenChill has also established refrigeration specifications, which are posted on its website (www.epa.gov/greenchill/), that Sprouts asks contractors to strictly follow during installations, along with its own specifications. In general, Sprouts’ approach to leak reduction is to “put constant pressure on service providers every time they’re in our stores to make sure they are checking for leaks,” said Stutler. “They do not leave that store if there is a leak without fixing that leak.”

GreenChill and leak control were among the topics addressed at the Refrigeration Roundtable, held last fall in Indianapolis, with representatives of five supermarket chains and four refrigeration contractors. The event was hosted by SN and ContractingBusiness.com (both published by Penton Media, New York), and sponsored by Hill Phoenix, Conyers, Ga., and Emerson Climate Technologies, Sidney, Ohio. (Click here for a transcript of this roundtable topic. For coverage of another roundtable topic — alternative refrigerants and refrigeration systems — see this SN article from Nov. 7, 2011.)

Though it has made progress in recent years, the supermarket industry still doesn’t do enough to reduce leak rates, said Fresh & Easy’s Hagen. In fact, he was not satisfied with his own company’s leak rate of about 9%, even though that is far lower than the industry average and lower even than the GreenChill average. “It’s still embarrassing that in today’s day and age, we have that much of a leak rate,” he said. 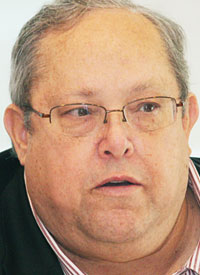 But Hagen (left) does credit the GreenChill program for making inroads into the leak problem. “Once you commit [to GreenChill], then you feel bad about not doing better,” he said. “So you continuously look at ways to improve your refrigerant charge and leak less.”

Once or twice a year Fresh & Easy holds its own meeting on refrigeration and leaks, to which manufacturers, contractors and service technicians are invited. “We talk about the mistakes we’ve made, how we can correct them, what we should change in the prototype design or go back and fix,” said Hagen. The upshot is that the chain spends less money because it has less leakage.

The savings brought about by GreenChill ripple through not only the lifecycle costs of refrigeration systems, but also their initial installation costs. “Usually the things that you change to lower your refrigeration charge change your first cost, too,” Hagen said.

Raley’s Cantrell also sees a significant bottom-line benefit for going after refrigerant leaks, apart from environmental considerations. “There’s a financial incentive built into having low leak rates, improving the robustness of your system, making a system that doesn’t need to be serviced as often,” he said.

Cantrell credited GreenChill for empowering retailers “to start taking inventory of what’s going in their systems. And it does fall on the end users to try to improve things.” Raley’s, which has been tracking leak rates for about 10 years, has found that a majority of leaks are coming from small components in its refrigeration system. “There’s a lot of misinformation floating out there that brazed joints and the piping out in the store are where a lot of these leaks come from, and our data couldn’t be further from that,” he said. “It’s coming from small components.” 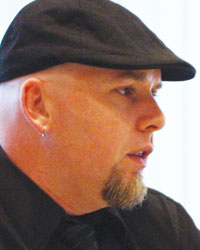 Cantrell (left) also serves on the ASHRAE (American Society of Heating, Refrigerating and Air-Conditioning Engineers) standards committee on reducing the release of halogenated refrigerants, which has pointed out that many of the components that go into racks and cases are never leak-tested in the factory the way they are during the start-up process in stores. As a result, contractors may be caught in the middle when a leak occurs. But the GreenChill forum is helping to bring clarity via the cross-pollination of information.

“We’re starting to see this issue — which we’ve been beating up on contractors over for years — isn’t even really their fault,” said Cantrell. Moreover, manufacturers in GreenChill are now willing to do custom configurations and meet custom testing requirements for Raley’s. “They’ve been really great about meeting our demands,” he said. “But up until now, it’s been a gaping hole in the industry.”

Supervalu’s Ronn sees value in an independent organization like GreenChill bringing supermarket companies together so that the companies can’t be accused of colluding about business practices or labor issues. “I think [the independent body] could have been ASHRAE or RSES [Refrigeration Service Engineers Society], but for whatever reason it wasn’t,” he said.

But the future of GreenChill is not entirely clear, given the political climate and its focus on government cutbacks — something that worries Sprouts’ Stutler. “I’ve had conversations with some of the manufacturers that maybe they somehow can put together an organization to kind of continue [should GreenChill be cut] — a similar organization to keep us on our toes and to keep our leak rate reductions down and our charge reduction down,” he said.