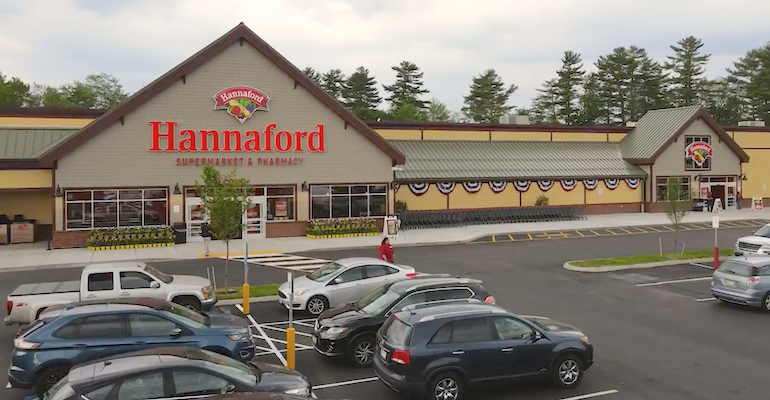 Scarborough, Maine-based Hannaford said yesterday that, to cut energy consumption and improve the way it currently use energy, the chain has implemented energy-efficiency projects such as LED lights, night shades, doors on cases and modern refrigeration systems, as well as rooftop solar panels on 10 of its stores. 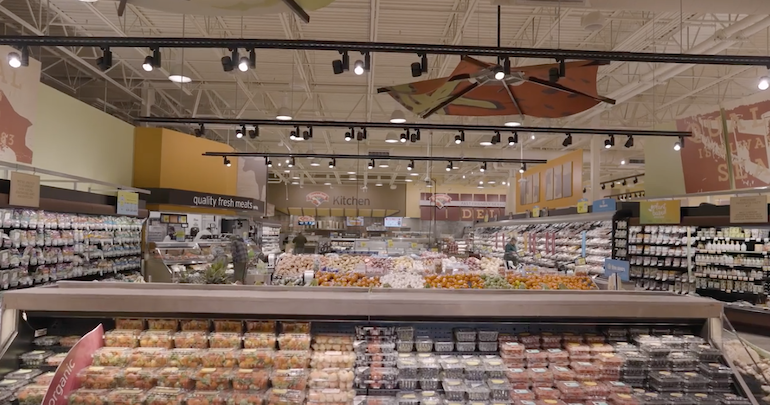 Inside stores, Hannaford has boosted energy efficiency through such efforts as LED lights, night shades on coolers, doors on cases and modern refrigeration systems.

“Doing what’s right for our business includes doing what’s right for our associates, community and our planet. Powering Hannaford with 100% renewable energy sources will make an immediate, positive impact on greenhouse gas emissions,” Hannaford Supermarkets President Mike Vail said in a statement. “This is an important leap forward in our sustainability journey, and one that we hope sparks others to join. Prioritizing the health of our communities and the planet is a win for us all.”

Hannaford noted that, since the start of the decade, the chain has worked to lower its energy consumption (click to see video) and converted 86.4 megawatts of its remaining electricity usage to solar, or enough electricity to power 16,000 typical homes for a year. The grocer added that it plans to couple its energy-savvy upgrades and conversions with integrating community and large-scale solar projects in Maine and New York to drive stores to the 100% renewable energy goal by 2024.

“Hannaford has always been serious about sustainability, and over time, it’s become an integral business function. But there is a sense of urgency as we witness the planet in the midst of a climate crisis,” according to George Parmenter, sustainability manager at Hannaford. “Hannaford wants to lead where we can make the most impact, and renewable energy is just another step in our journey.” 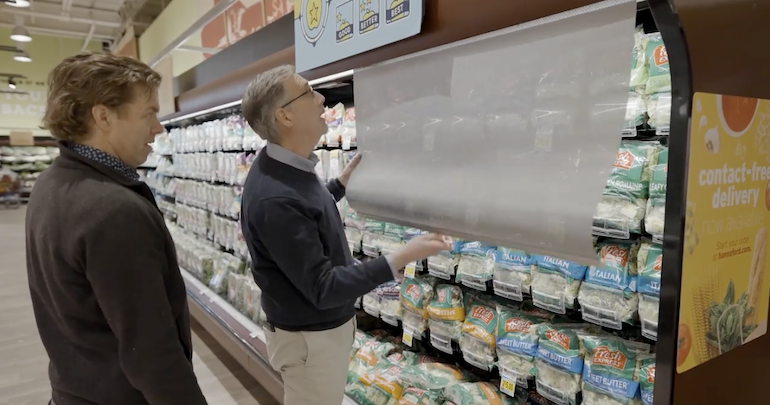 As part an Ahold Delhaize USA brand, Hannaford already has committed to be a net-zero carbon business by 2040, and the chain said its shift to 100% renewable energy marks one step toward that end. Other sustainability efforts, the retailer said, include the following:

• The nation’s first grocery retailer to introduce reusable bags to its customers in the mid-1980s.

• North America’s first LEED Platinum supermarket in Augusta, Maine, in 2009 for eco-friendly, energy-saving features that use about half the energy requirements of similar grocery stores.

• Installation of a first-in-the-nation refrigeration system using an eco-friendly natural refrigerant, earning Hannaford a “Best of the Best” award from the U.S. EPA Green Chill Partnership in 2013.

• Introducing and expanding electric vehicle charging stations to parking areas, for a total of 163 plugs at 31 stores across the Northeast.

•  In 2021, the first large-scale supermarket chain in its marketplace to achieve zero food waste-to-landfill by donating or diverting all food at risk of going to waste.

“Hannaford is light years ahead of the rest of the industry when it comes to their sustainability efforts, and they’ve been doing so for well over a decade,” stated Peter Cooke, co-founder of the Ratio Institute, an independent, nonprofit focusing on sustainability and viability in food retail. Hannaford said Cooke has worked with more than 1,000 grocery stores and 15 grocery chains as part of his Grocery Stewardship work. “Hannaford associates continue to rally behind making the company more sustainable,” he added, “and that is an advantage to their current and future success in making the planet healthier and greener.”