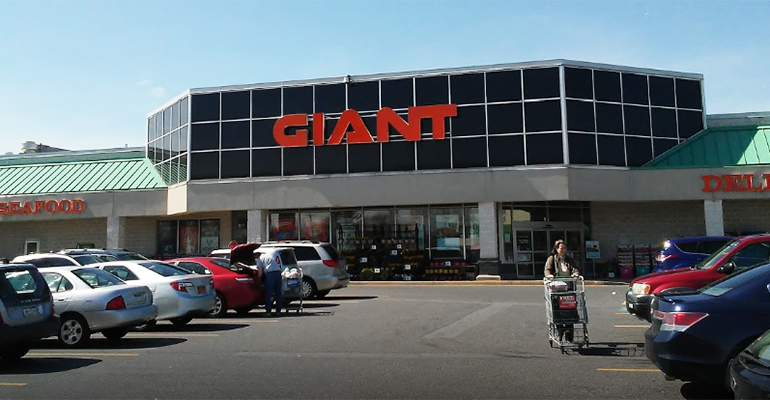 It’s a first to zero waste for Giant Food Stores

The Carlisle, Pa.-based grocer, part of Ahold Delhaize USA, said Monday that its store at 481 West Penn Ave. in Cleona, Pa., is the chain’s first to attain U.S. Environmental Protection Agency zero-waste status. The designation signifies that 90% or more of the store’s total waste is being diverted from a landfill or incineration.

“To reach zero waste is a significant achievement that required the complete dedication of all Cleona store associates,” Manuel Haro, vice president of strategy for Giant, said in a statement. “Not only is Cleona the first Giant to reach zero waste, it’s also the first store among our Ahold Delhaize USA sister companies to achieve this milestone.” 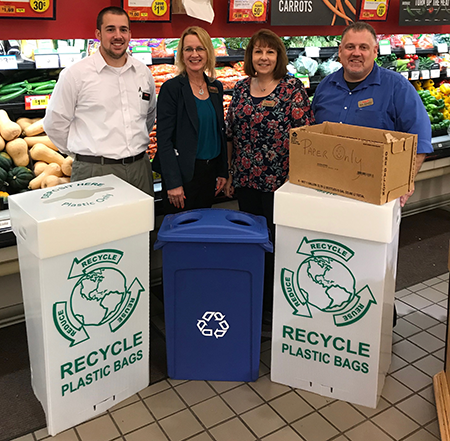 To reach zero waste, Cleona associates enacted recycling procedures across the store and monitored material sent to the trash compactor so refuse that could potentially be recycled wouldn’t get thrown away. Their efforts included making sure that no cardboard was labeled as garbage; filling designated bins with food waste and scraps for organic recycling; and collecting plastic bags, plastic film and empty pharmacy pill bottles to be sent to Giant’s recycling center.

“It’s been a total store effort as we set up each department so it’s easy to do the right thing when it comes to lessening our environmental impact,” said Judy Knarr, assistant store manager at the Cleona Giant and green captain for her district. “We have associates across the store who have embraced our recycling efforts and collectively have changed the store’s culture to achieve this goal.”

The Cleona Giant’s waste control efforts began in 2012, when the retailer spotlighted best practices to reduce waste at its supermarkets. Customers also got into the act, Giant said.

“There are a lot of little things we do that get the customers excited and help us drive down waste at the same time,” said Andrea Doygun, manager of the Giant store in Cleona. “For example, we clean the empty frosting containers from the bakery as well as corn crates from produce and put them out for our customers to take them home and reuse them. Every little thing counts.”

Giant reported that 77% of all waste generated by its stores is diverted through recycling and composting. Overall, the chain has 171 stores in Pennsylvania, Maryland, Virginia and West Virginia under the Giant and Martin’s banners.

“Doing our part in caring for the environment for future generations is a major initiative for us companywide,” Haro added.

For example, as part of the Meat the Needs program, Giant stores freeze and donate quality meat that would otherwise go unused. More than 1 million meals were donated through the program in 2017. Bread and other bakery items are provided to regional food banks as well.

Also last year, Giant said it saved more than 930,000 trees by recycling cardboard at all stores and distribution centers. Since 2011, the chain and its parent company have removed more than 1 billion plastic bags from the waste stream via more efficient bagging, customers’ increased use of reusable tote bags, and turning plastic bags into 1,500 donated park benches through the Bags to Benches program.