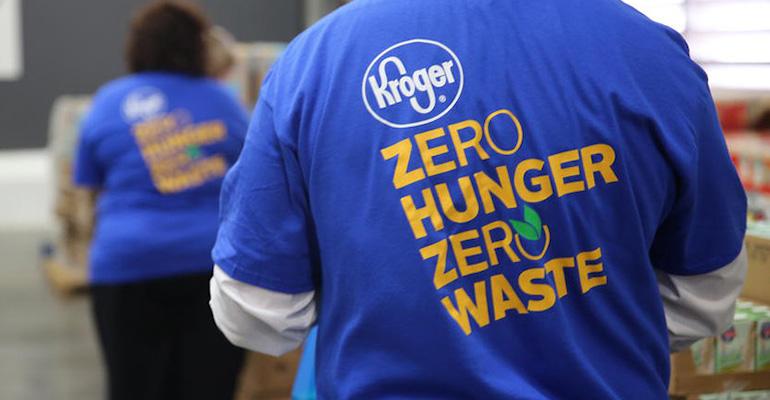 The Kroger Co.
In 2020, Kroger reduced the total amount of trash sent to landfills by 4% from the previous year.
Issues & Trends>Sustainability

The Kroger Co. reported big strides in 2020 for its nearly four-year-old Zero Hunger | Zero Waste initiative, which aims to end hunger in communities it serves and eliminate food waste companywide by 2025.

Cincinnati-based Kroger said Tuesday that the company diverted 81% of waste from landfills in 2020, up 1% from 2019. The supermarket giant also cut total trash sent to landfills by 4% versus the previous year.

Also on the Zero Waste front, Kroger expanded its food waste recycling programs to 2,285 stores, up from 2,120 stores in 2019. The retailer said the increase reflects the launch of new programs in its Central (Illinois and Indiana), Dallas and Houston supermarket divisions.

Another key contributor to waste reduction efforts are Kroger-operated manufacturing plants. Thirty-one of the 34 sites are now Zero Waste facilities, the grocer noted.

“This past year has been a challenge for so many, especially those who are trying to provide for their families amid hardship,” Kroger Chairman and CEO Rodney McMullen said in a statement. “In 2020, we continued to deliver on the principles of our Zero Hunger | Zero Waste commitment, focusing on ways to support food insecure individuals and families and reduce waste across our entire organization. We have made considerable progress, and the momentum we’ve achieved shows that the Kroger Family of Companies is always striving for a better tomorrow." 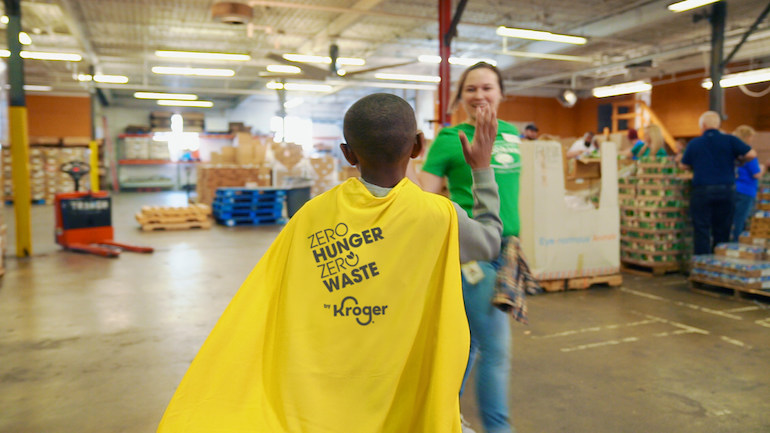 Through its Zero Hunger efforts in 2020, Kroger said it directed $213 million in charitable donations to alleviate food insecurity in its stores’ communities. Total charitable giving for the organization climbed to $301 million last year.

Meanwhile, Kroger associates rescued 90 million pounds of food from stores, food processing plants and distribution centers via Zero Hunger | Zero Waste Food Rescue program. The company noted that although total surplus food donations were down 10% — due in part to more customers stocking up on groceries and making meals at home — an increase in charitable donations supported anti-hunger programs in the communities served.

Altogether, including food and funds, Kroger said it provided a record one-year total of 640 million meals to people and families struggling with hunger nationwide, up from 493 million meals in 2019.

Also on Tuesday, Kroger recognized 21 stores, its Mid-South distribution center and Winchester Dairy facility as Food Donation Heroes. The designation honors top-performing teams in the Zero Hunger | Zero Waste Food Rescue program, who redirected thousands of pounds of surplus food to their communities. Likewise, the company spotlighted 24 Associate Fundraising Heroes at stores across its divisions. These cashiers led in activating donations by asking customers to round up their transaction total at checkout to benefit the Zero Hunger | Zero Waste Foundation.

For each store team and individual associate Zero Hero, Kroger will direct a $2,000 grant on their behalf to a local nonprofit organization of their choice that helps advance the Zero Hunger | Zero Waste mission.

“Freeing our communities of hunger and waste requires leadership and commitment from our Kroger Family of Companies and beyond. We want to recognize and thank our Zero Heroes, associates, customers and students around the country who have dedicated time and energy to achieving our ambitious goals,” McMullen added. “We owe a debt of gratitude to these Zero Heroes every day as we create a brighter future for people and our planet.” 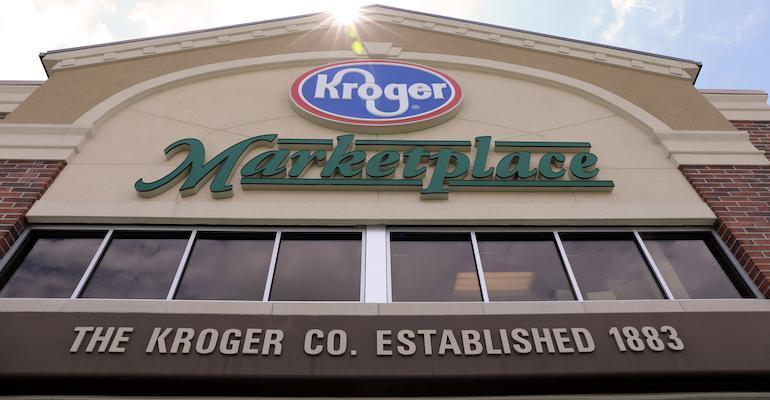 Kroger, too, is recognizing nearly 2,000 students in 42 states as Zero Heroes for helping to advance United Nations Sustainable Development Goal 2: Zero Hunger and Goal 12: Responsible Consumption and Production during the 2020-21 school year. In partnership with InnerView Technologies, students from more than 340 schools invested nearly 60,000 hours of service to support Kroger’s Zero Hunger | Zero Waste initiative by learning about global social and environmental issues and taking action locally, the retailer said.

“We are grateful for the effort of every Zero Hero and our entire community to lift up Kroger’s Zero Hunger | Zero Waste commitment, which continues to drive meaningful outcomes,” stated Keith Dailey, group vice president of corporate affairs and chief sustainability officer at Kroger. “There are still many families and communities experiencing the impacts of hunger and waste in our country. We are committed to doing even more to meet our goals and create a future with zero hunger and zero waste, and we encourage other organizations to join our moonshot mission.”