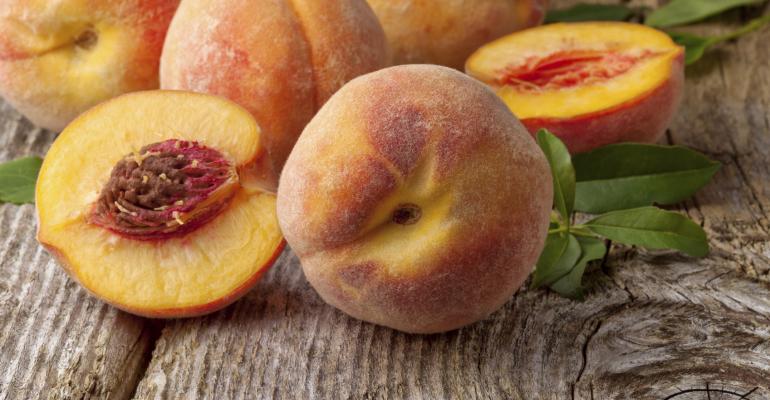 The research, conducted by the University of Bologna and initiated by the European Federation of Corrugated Board Manufacturers (FEFCO), found that corrugated trays ensured higher-quality packed fruits with reduced microbial cross-contamination and longer shelf life. Lower bacterial contamination decreases the risk of foodborne illnesses and increases the fruit’s freshness, scent, appearance and taste.

Microbiological contamination of fresh produce is a major concern for retailers. Pathogenic bacteria can make people sick, and spoilage bacteria reduces shelf-life. In both cases, the role of packaging can be critical.

“We are encouraged by the most recent research conducted by the University of Bologna”, said Dennis Colley, President and CEO of the U.S.-based Fibre Box Association (FBA). “We know corrugated is clean when it reaches the grower/shipper.  Now, this research shows corrugated, in addition to cushioning and protecting produce, also mitigates the spread of contamination if the container becomes contaminated while packing or if fresh produce begins to decay during transportation.  The ability of corrugated packaging to increase shelf-life could translate into significantly reduced shrink and potentially millions of dollars in savings for retailers."

The research was led by Professor Rosalba Lanciotti at the University of Bologna’s Department of Agricultural and Food Sciences. It examined the exchange of microbes between produce and packaging and vice-versa, focused especially on determining how differences in packaging materials can influence cross-contamination.

The results showed that fruit packed in corrugated fared better (with fewer transferred pathogenic and spoilage bacteria) than the fruit packed in RPCs. The differences in microbiological quality were statistically significant.

Scientists deliberately contaminated both corrugated trays and RPCs with the same number of Escherichia coli, Saccharomyces cerevisiae and Pseudomonas spp. microorganisms. Fresh peaches were washed with tap water, sterilized with a sodium solution, rinsed with sterilized water and then air-dried before being placed into the containers for testing. Next, researchers measured the levels of bacteria that transferred to the fruit over time.

Contributing factors such as storage temperature, length of time before sale, and superficial damage on the peaches were also considered. Results showed that all these factors influenced the microbial transfer from packaging material to fruit, but the transfer of spoilage microorganisms was always lower in corrugated trays.

The tests also showed that in some conditions (i.e. high storage temperature) up to 95% of peaches packed in the deliberately contaminated RPCs were infected with E. coli after 48 hours. By contrast, the E. coli contamination level never exceeded 25% of the peaches packed in corrugated containers that had been contaminated with the same levels of microorganisms.

The research comes as other concerns have been raised recently over the hygiene of RPCs. Last November, the Department of Food Science at the University of Arkansas showed that typical industry cleaning procedures failed to adequately sanitize RPCs. The research team led by Dr. Steven Ricke found Salmonella cells on the crates even after cleaning. He noted that bacteria hide in the cracks and crevices of the crates’ surface, making it difficult for industrial sanitizers to reach them.

University of Bologna’s new study proved that using corrugated instead of plastic packaging for fruit can significantly reduce potential contamination via microbial transfer. Professor Lanciotti and her team concluded that peaches packed in corrugated therefore reach consumers in a safer and fresher state than those in plastic crates.

About the Fibre Box Association

Fibre Box Association (FBA) is a non-profit trade association representing North American manufacturers of corrugated packaging.  The association has been working for more than 76 years to improve the overall well-being of the corrugated industry through programs and services that enable member companies to conduct their business more effectively, responsibly and efficiently.

FEFCO (European Federation of Corrugated Board Manufacturers) was established in 1952 and represents the interests of the European Corrugated Board Manufacturers. Headquartered in Brussels, FEFCO has 17 active members, all European national corrugated packaging organisations. The role of the Federation is to investigate economic, financial, technical and marketing issues of interest to the corrugated packaging Industry, to analyse all factors which may influence the industry, and to promote and develop its image.