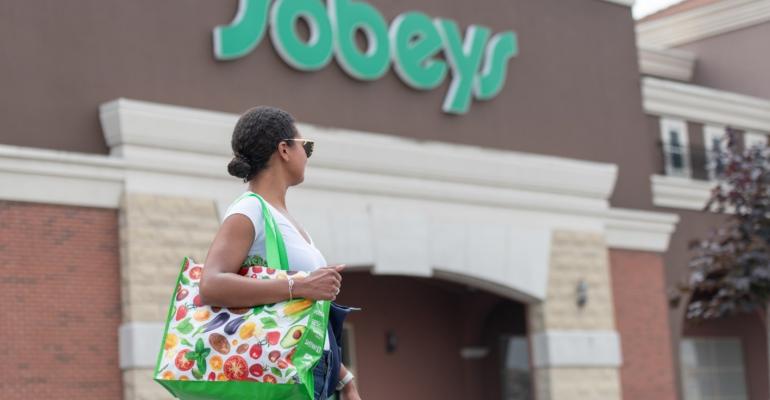 Sobeys to eliminate plastic grocery bags at all stores

By early next year, single-use plastic bags will be a thing of the past at Sobeys supermarkets in Canada.

The Stellarton, Nova Scotia-based retailer said Wednesday that it aims to remove plastic grocery bags at all of its 255 Sobeys-banner locations across Canada by the end of January 2020, making it the country’s first national supermarket chain to eliminate use of the bags. With the move, 225 million of the plastic bags will be taken out of circulation, the company reported.

"So many of our customers and our employees have told us loud and clear: They want us to use less plastic. And we agree with them," said Michael Medline, president and CEO of Sobeys Inc. and its parent company, Empire Co. Ltd. "This is a first step, and we plan to make meaningful progress every year to take plastic out of our stores and our products.”

After completing the process at Sobeys locations, the company plans to phase out plastic grocery bags and replace them with paper bags across its retail banners, including Safeway, FreshCo and Foodland, among others. Next up will be the removal of the plastic bags at IGA stores on Montreal Island in Quebec.

“We decided to act now instead of taking years to study and only make long-term commitments,” according to Medline. “We're taking action now, making a tangible difference today and into the future. This is a significant first step, but it's only a first step. We need to go further, and we will."

Sobeys noted that it also is instituting programs to reduce plastics in other areas of the store as well as to sway customers to use reusable bags that can later be returned for recycling at the retailer’s stores.

In August, for example, Sobeys plans to introduce reusable mesh bags in the produce aisle to give customers an alternative to single-use plastic bags for carrying their fresh fruit and vegetables. Made from recycled water bottles, the mesh produce bags made their debut at IGA in Quebec last month and have won kudos from customers, the company said. 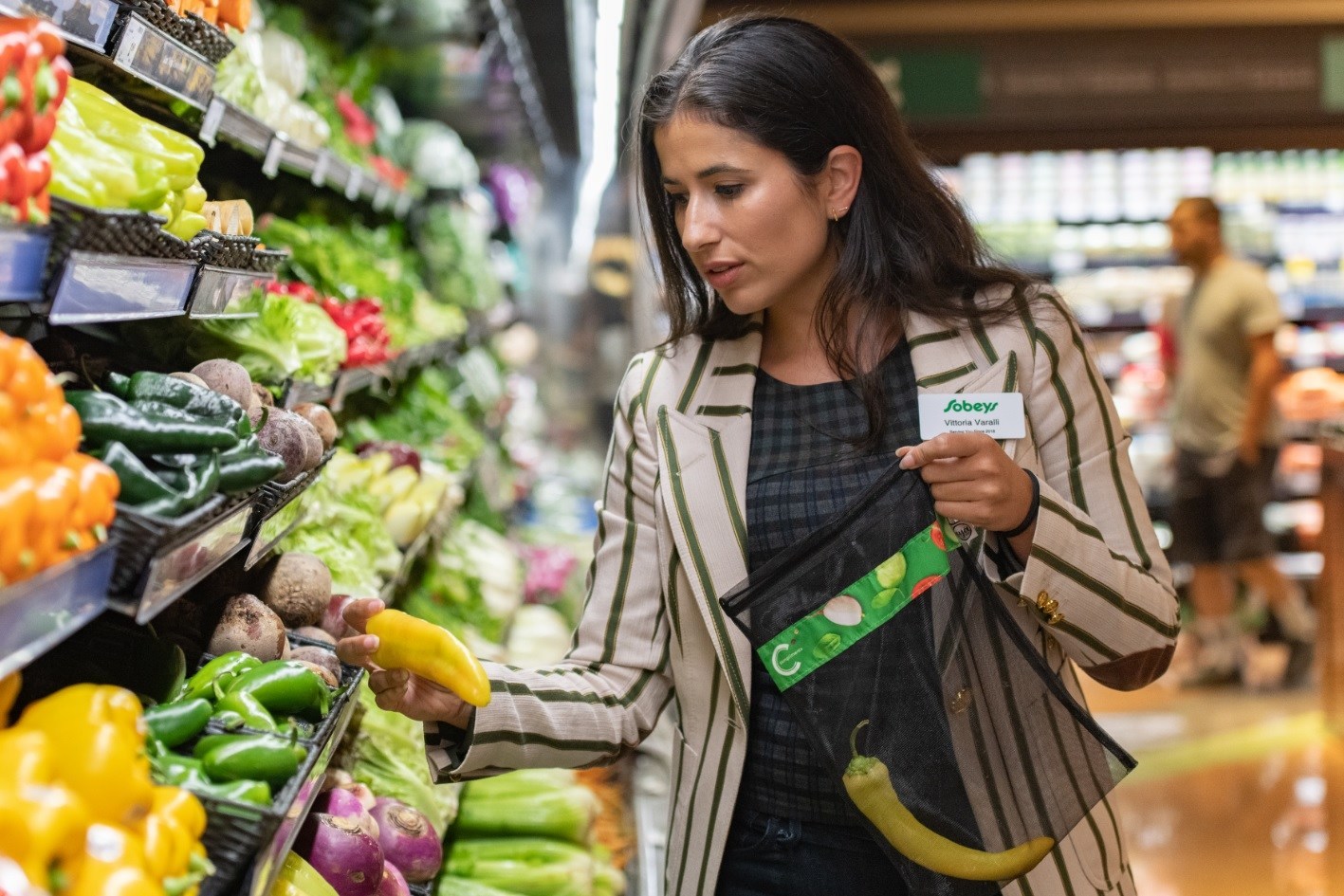 IGA stores on Montreal Island also are slated to launch a campaign in September to spur adoption of reusable shopping bags. Efforts include designated parking spots for customers who bring reusable bags and promotional offers on reusable bags and boxes.

Meanwhile, the Sobeys banner has begun phasing out unnecessary plastic from snacking tomatoes in its Sobeys Urban Fresh stores in Toronto. The retailer said shoppers instead are given recyclable paper bags to carry the tomatoes.

"It's time for change, and we will not stop innovating and bringing to market new ways to remove avoidable plastic from retail," said Vittoria Varalli, vice president of sustainability at Sobeys. "We are working with our industry partners and key stakeholders on eradicating plastics from the system. There are many factors to balance, like food waste and food safety, when assessing the need for packaging in the grocery retail supply chain. It will take a collective effort to drive real, meaningful change for the future."

Sobeys added that it has partnered with student organization Enactus Canada on a community-empowerment project to challenge young Canadians to find solutions to reduce unnecessary plastics for grocery retailers and consumers, as well as encourage behavioral change in plastics use.