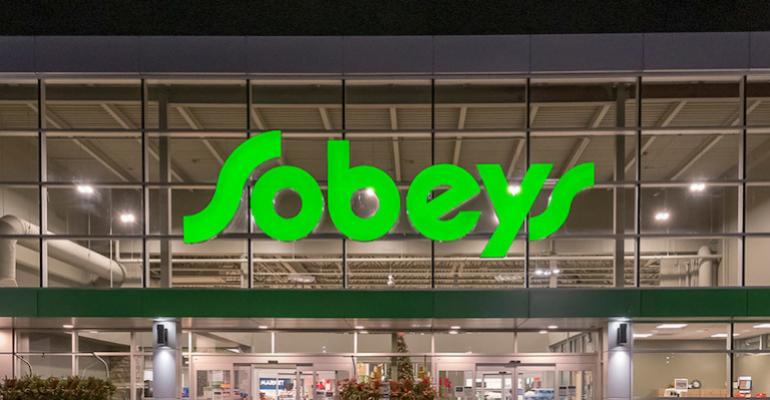 Sobeys’ parent company Empire is undertaking “a solid, science-based plan” to reduce its greenhouse gas emissions in support of Canada's transition to a low-carbon economy — including a pledge to achieve net-zero company emissions by 2040.

Adopting science-based targets gives the Stellarton, Nova Scotia-based company and its Sobeys subsidiary a formalized course to shrink its carbon footprint and align with the 2015 Paris Agreement to limit global warming to 1.5°C by 2050.

“At Empire, we know that now is the time to act on the climate crisis. Committing to concrete, science-based targets is the way we will make a difference,” Michael Medline, president and CEO of Empire, said in a statement. “With the strong partnership and collaboration of our teams, suppliers, customers and communities, we can achieve our shared sustainability goals.”

Empire’s Scope 1 and 2 emissions targets exceed the 1.5°C/net zero by 2050 trajectory set by the Paris Agreement, while its Scope 3 targets are aligned with Science Based Targets initiative (SBTi) requirements. Scope 1 involves the company’s direct emissions, and Scope 2 refers to indirect emissions through its energy use. Scope 3 concerns emissions connected indirectly through the company’s value chain, such as purchased goods and services.

The science-based targets from Empire include the following:

• Scope 3 (supplier engagement-based target): Work with supplier base such that 62% of suppliers by spend will set science-based reduction targets on their Scope 1 and 2 emissions in five years, and commit to a minimum 28% reduction in emissions from fuel sold by 2030.

“I am really excited about the road ahead,” commented Mohit Grover, senior vice president of innovation, sustainability and strategy at Empire. “Today’s announcement is a major step forward in our sustainability journey. We have a solid science-based plan, aligned with global standards. Through our work on climate, we will uphold our values and commitment to sustainability.”

Empire said it will embed the commitments in its corporate governance practice through a newly established Sustainable Business Council launching in fiscal 2023 and including leaders in real estate, supply chain and logistics, sourcing and merchandising, and fuel.

Also, by the end of fiscal 2023, the company plans to align its external disclosures with the recommendations of the Task Force on Climate-Related Financial Disclosures, an internationally recognized group used to identify, assess and manage climate-related risks.