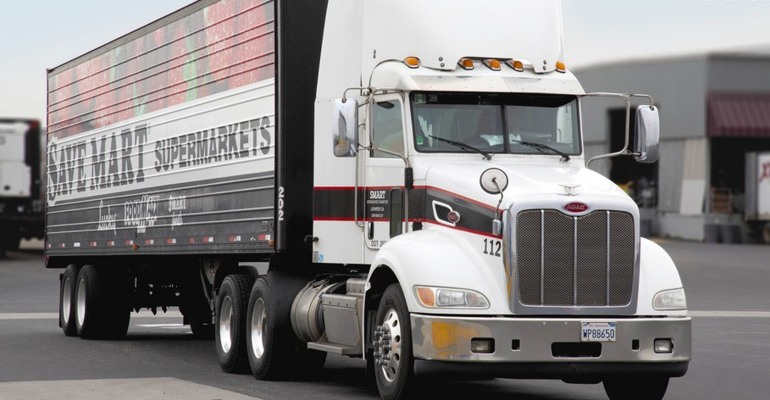 “Aldi is deeply committed to reducing its refrigerant emissions and believes natural refrigerants are the best long-term solution for the planet,” Aldi Vice President Aaron Sumida said in a statement. “To put this value into practice, Aldi has adopted transcritical CO2 refrigeration systems in many of its new and remodeled stores and targets 100 more in 2019. We’re excited to continue to drive forward change with our commitment to hydrofluorocarbon reduction and adopting natural refrigeration systems.”

The plan is part of a new initiative by the Washington, D.C.-based Environmental Investigation Agency (EIA) to identify U.S. retailers to taking leadership action to reduce potent greenhouse gases used in cooling systems. 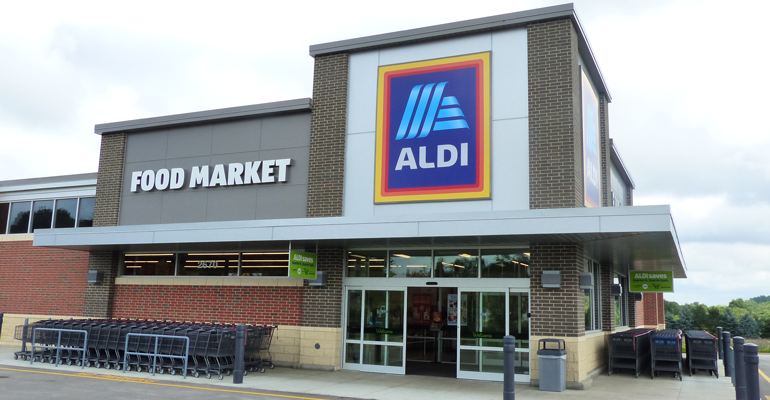 "We are committed to limiting our climate footprint, including taking steps to reduce HFCs used in cooling,” said Brittni Furrow, vice president of sustainable retailing for Ahold Delhaize USA. “Our company's global target to lower the average global warming potential of refrigerants in stores to 2,230 by the year 2020 reflects this commitment. We also continue to look for opportunities to use climate-friendly cooling technologies like those already employed in one Food Lion and three Hannaford stores in the U.S."

The average supermarket refrigeration system contains thousands of pounds of HFCs that leak out over time, and these high Global Warming Potential (GWP) refrigerants — leaking from 38,000 supermarkets across the United States — emit up to 45 million metric tons CO2 equivalent annually, EIA reported.

“We currently have 30 stores using low-GWP refrigeration systems, including CO2, propane and ammonia, and have adopted propane self-contained cases across the entire chain,” said Aaron Daly, principal and global director of energy management at Whole Foods. “We have seen great results from our low-GWP projects to date and continue to invest in innovation, exploring new approaches to reducing HFCs while addressing the varying needs of food retail refrigeration.”

The HFCs used as refrigerants in most supermarkets have a GWP of up to 4,000, whereas systems adopted by companies identified as leaders by EIA use refrigerants like carbon dioxide, propane and ammonia, which have GWP near zero, EIA said. These refrigerants are often dubbed “natural refrigerants” versus synthetic patented fluorochemicals, the agency added.

Halving average refrigerant GWP in all U.S. supermarkets would cut U.S. refrigerant emissions by 22.7 million metric tons of CO2e annually in 2025, according to EIA.

“At Sprouts, we are committed to lowering HFC emissions from cooling by reducing leaks and piloting sustainable refrigeration technologies in stores,” said Frank Davis, director of facilities and engineering at Sprouts Farmers Market. “We continue to follow through on this commitment through our participation and certification of stores in the EPA's GreenChill Partnership."

If all U.S. supermarkets joined the EPA’s GreenChill Partnership and achieve similar reduced leak rates, it would mitigate another 15.5 million metric tons CO2e annually, according to EIA.

Meanwhile, The Save Mart Companies (TSMC) announced Monday that, by the end of April, it will run all transportations operations using 100% renewable drop-in diesel produced by Neste MY Renewable Diesel.

Save Mart will be the first supermarket chain to fully convert to the fuel, which is made from all renewable raw materials, helping to lower traffic emissions and increase the amount of renewable energy used in transport, Neste said.

With the switch, Save Mart will offset the emissions of more than 5,500 cars on the road per year. The grocer operates 208 stores under Save Mart, Lucky, FoodMaxx, S-Mart Foods and MaxxValue Foods banners in California and northern Nevada.

"I am excited to have all TSMC transportations operations running on renewable diesel," Bruce Christiansen, group vice president of logistics and supply chain optimization at Save Mart, said in a statement. "The company understands its business activities impact the environment, and by investing in Neste MY Renewable Diesel, TSMC is reducing up to 80% of its emissions, improving local air quality and reducing our carbon footprint." 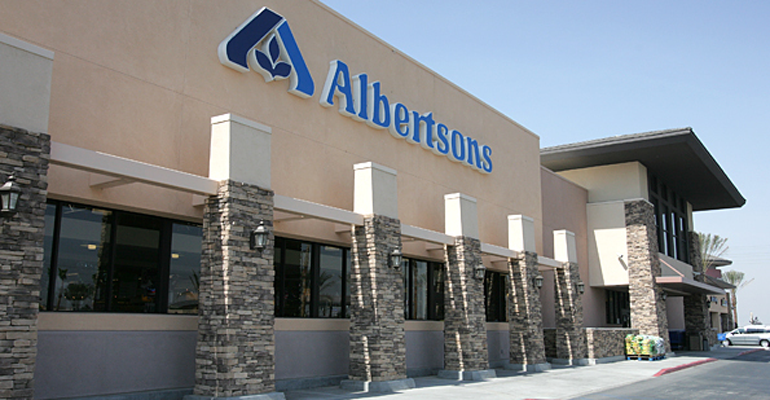 Boise, Idaho-based Albertsons Cos. is stepping up its sustainability efforts as well, unveiling a broad plan on Monday to reduce plastic waste, beginning with its own-brand portfolio.

By 2025, Albertsons aims to ensure that 100% of own-brand product packaging will be recyclable, reusable, or industrially compostable. The company also is targeting reduced plastic usage, with an emphasis on single-use plastics; 20% recycled content in own-brand plastic packaging by 2025; and recycling of operational (non-consumer facing) plastics for use in new retail, industrial and/or consumer items.

Albertsons said that by 2022 it plans to include clear recycling communications on own-brand product packaging, including the use of QR Codes. To that end, the company is working with How2Recycle to standardize its labeling system and improve the reliability, completeness and transparency of recyclability claims. The grocer also aims to source and share industry best practices with other members of the  Sustainable Packaging Coalition, a collaborative of retailers, manufacturers, governments and educational institutions supporting efforts to expand sustainable packaging.

“As we innovate and expand our own-brand lines, we always keep the overall impact of packaging in mind and seek out ways to improve sustainability for each and every product,” commented Geoff White, president of own brands at Albertsons, which operates nearly 2,300 stores in 35 states and the District of Columbia under 20 retail banners, as well as meal kit company Plated. “Our suppliers are strong partners in this effort and, in many cases, are leading the charge on reducing, reusing and decreasing plastic content.”

Other sustainability efforts and achievements by supermarkets include the following:

• Wegmans Food Markets plans to reduce in-store plastic packaging made from fossil fuels — along with other single-use plastics, such as straws, by 2 million pounds in 2019, with a goal of a 10-million-pound reduction by 2024. The company said it will achieve much of the goal by eliminating some current plastic packaging and replacing it with materials made from plant-based renewable fiber. The effort is part of the retailer’s Zero Waste program to eliminate all forms of waste at its stores. It started as a one-year pilot in 2016 at the Wegmans store in Canandaigua, N.Y., and has since rolled out to 30 stores, with more upcoming.

• ShopRite has received EarthShare New Jersey’s 2019 Environmental Leadership Award. Among the grocery chain’s initiatives are more than 100 “Green Teams” of store associates who volunteer their time in-store and in the community to help improve the environment. ShopRite also sponsors about 30 regional environmental organizations.

• Later this week, associates of Giant Food Stores in Carlisle, Pa., will join Keep Pennsylvania Beautiful and The Friends of Johnston Inc. to plant more than 200 trees, shrubs, native flowers and willows at the first mayor of Bethlehem’s iconic estate. Giant fuel customers provided the greenery via participation in the grocer’s “You Pump, We Plant” reduced emissions program developed with GreenPrint.