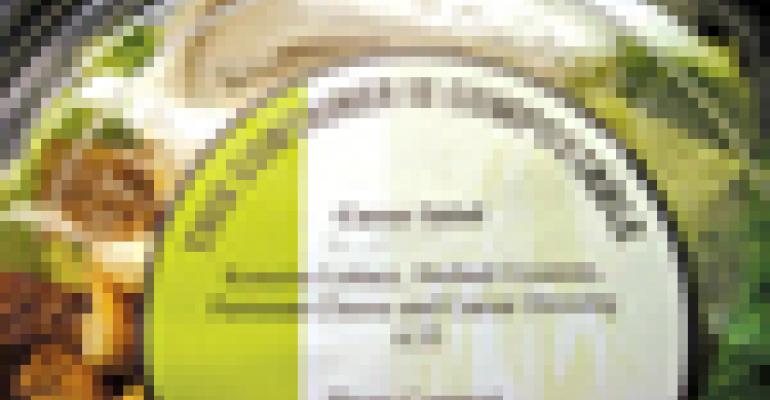 Environmentally friendly business practices have been a hot topic among both retailers and suppliers during the past several years, as operators sought to reduce energy costs and make their businesses more efficient, and green-minded shoppers rewarded those businesses with their dollars. And according to several experts, these efforts are likely to continue, despite the ongoing recession. In many

Environmentally friendly business practices have been a hot topic among both retailers and suppliers during the past several years, as operators sought to reduce energy costs and make their businesses more efficient, and green-minded shoppers rewarded those businesses with their dollars. And according to several experts, these efforts are likely to continue, despite the ongoing recession.

Several cities, particularly on the West Coast, are also mandating change by banning certain types of containers. With many cities now facing imminent problems with landfill space, these types of laws could begin spreading to other municipalities.

“Here in Seattle, grocery stores, restaurants and convenience stores have been legislated into compliance,” noted Diana Crane, director of sustainability for PCC Natural Markets. “Last fall the Seattle City Council passed a law that banned the use of polystyrene [foam] food containers [with the exception of meat trays] as of January 2009, and will ban plastic food containers and utensils as of July 2010. Foam meat trays will not be banned until July 2010. Similar legislation has been passed in several other cities.”

Of course, like many purveyors of natural and organic foods, PCC and its members view sustainable packaging as a priority. A recent entry on the “Focus on Sustainability” section of the co-op's website described for members some of the many challenges that retailers face when attempting to choose packaging that they can confidently describe as “sustainable.”

Conventional plastic foam trays, the entry noted, are lightweight and inexpensive, but they don't biodegrade, and they release toxic fumes when incinerated. Many new, biodegradable alternatives to plastic foam meat trays are now available, but they're primarily manufactured in China and Europe, which raises issues for a company that heavily emphasizes local sourcing in other aspects of its business. And even if a supplier promotes a product as compostable, that's no guarantee that it will be approved by the organic recycling company that services the Greater Seattle area.

As a result, Crane described legislation on these issues as a positive force for change, raising awareness and opening new markets for manufacturers.

“The point is that such legislation raises consumer awareness of the environmental impact of all types of packaging, and more are demanding recyclable and compostable foodservice and packaging items,” she told SN. “Legislation has also encouraged packaging manufacturers to begin or accelerate efforts to offer more sustainable options. We have certainly become more aware of new choices [packaging ingredients, sizes] in the past six months or so.”

Similarly, in San Francisco, where the city has banned polystyrene foam food containers, but not yet products like Styrofoam meat trays, DeLano's IGA Market has taken a proactive approach, recently switching to a new line of biodegradable trays produced by Cryovac, a division of Sealed Air.

“We were very interested in a sustainable line of foam trays that offered the strength and moisture resistance we have come to expect from polystyrene trays,” Jay Murray, the director of meat and seafood for DeLano's Market, said in a release. “Innovations like the NatureTRAY package are necessary as we continue to seek solutions to higher petroleum prices, to climate change and as we address the need to reduce the use of landfills.”

Natureworks, producer of the plant-based biopolymer foam used to make the trays, estimates that switching to the new trays at DeLano's eight stores “will reduce greenhouse gas emissions equal to keeping a new car off the road 43,468 miles every year.”

But while legislation — including product bans like those in San Francisco and Seattle — can certainly help speed the adoption of sustainable products, Johnson emphasized that laws that work well in large U.S. cities might not work as well in smaller markets.

With many packaging suppliers and retailers currently focused on issues like packaging reduction and other efficiency measures, Johnson suggested that state, federal and local governments could probably see their best results by improving recycling infrastructure and educating consumers.

For example, she said, most consumers don't understand that the environmental benefits of biodegradable packaging are never realized unless the packaging is disposed of in a home compost heap or industrial compost facility. And the patchwork of municipal laws and recycling programs around the country tends to confuse consumers.

What would help most at this stage, Johnson said, would be a streamlining of existing collection programs, combined with an effort by packaging companies to explain to consumers how to dispose of their packages in the most sustainable way.

“Currently, some municipalities do [recycling programs] single-stream, some do them source-separated,” she noted. “So consumers have to learn, in every community they go to, what are those differences. If we had a harmonized way of labeling packaging and letting customers know what to do with it, if we had a more harmonized collection strategy in this country, we would improve dramatically.”

Meanwhile, retailers interested in working together toward sustainability goals might consider partnering with groups such as the Eugene, Ore.-based Food Trade Sustainability Leadership Association, which was formed by 24 natural and organic food companies last year. PCC was a founding member and sponsor, and Crane noted that packaging — specifically a zero-waste approach to packaging — is one of 11 action areas in the association's “Declaration of Sustainability” that each new member must sign.

“The goal of the group is to act as a hub for education and networking on sustainable business topics,” explained Natalie Reitman-White, FTSLA's executive director. “A lot of consumers that are interested in organic and natural foods and products also expect the businesses where they shop to be focusing on sustainable packaging, renewable energy use and energy efficiencies — really taking a hard look at all aspects of their business model and demonstrating leadership in those areas as well.”