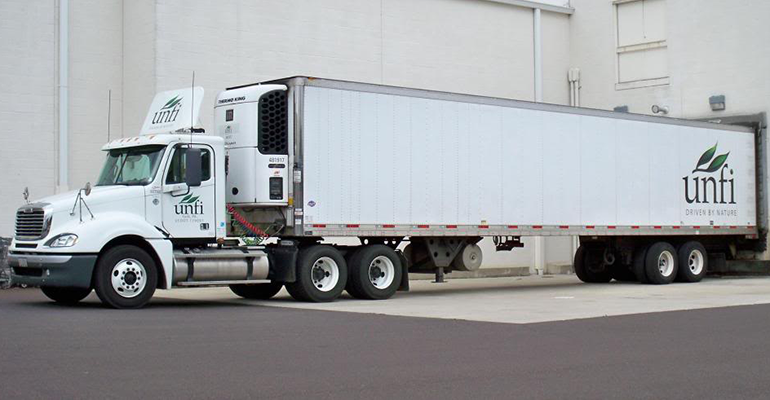 UNFI
UNFI said it aims to align with the objectives of the Paris Agreement to limit the global temperature rise and help defuse the worst effects of climate change.
Issues & Trends>Sustainability

UNFI said this week that it aims to align with the objectives of the Paris Agreement to limit the global temperature rise to well below 2°C above pre-industrial levels and cap warming at 1.5°C to defuse the worst effects of climate change. The Providence, R.I.-based company said it’s the first North American wholesale grocery distributor to commit to such a target.

“This announcement signals a higher level of ambition for UNFI as we work to reduce our contributions to climate change, embrace innovation, and promote environmental justice in communities across North America,” Alisha Real, director of sustainability and social impact at UNFI, said in a statement. “Climate science clearly states that we cannot continue on a path of business as usual. Collective action is essential, and we look forward to engaging our value chain in these important efforts.”

Plans call for UNFI’s emissions reduction goals to be submitted within the next year for approval by the Science-Based Targets initiative (SBTi), an international effort to steer the private-sector companies toward a net-zero economy. UNFI said its targets are a linchpin of its upcoming 2030 Environmental, Social and Governance (ESG) agenda, which includes commitments to reduce greenhouse gas emissions and increase resilience through operational excellence and investments in clean energy.

Earlier this year, UNFI joined the Climate Collaborative, a project by natural food industry stakeholders to help reverse climate change. And in California, UNFI is piloting its first all-electric solar powered refrigerated trailer to explore technologies to lower the climate impact of its truck fleet.

“Our commitment to setting science-based emissions reduction targets demonstrates our continued focus on reducing our environmental impact, conserving natural resources, and promoting sustainability in our operations and across our value chain,” according to UNFI Chairman and CEO Steven Spinner. “We are proud to be the first North American wholesale grocery distributor to align with SBTi. We take seriously the need for business accountability in solving this global challenge to ensure a healthy planet for future generations, while providing financial returns to our shareholders.”