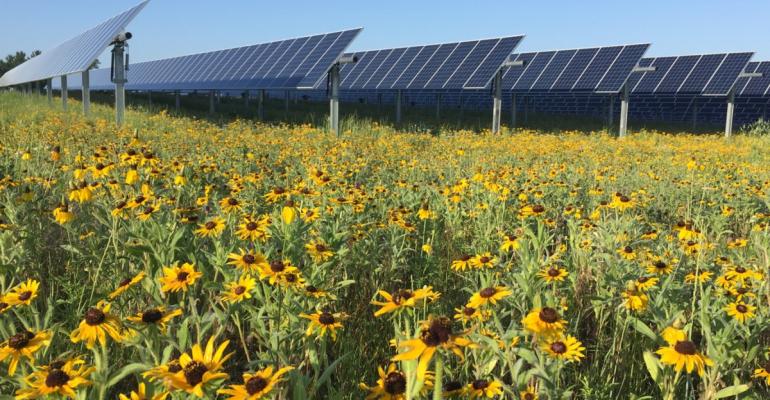 By 2025, nation’s largest retailer will source 100% of its fresh produce and floral from suppliers that adopt integrated pest management practices

As vital pollinator populations continue to decline due to loss of habitat, pests, pollution, pesticides and a changing climate, Walmart announced Tuesday new pollinator commitments that will further the retailer’s efforts to help reverse nature loss and bring the company closer to meeting the nature commitments made by Walmart and the Walmart Foundation.

“It’s estimated that one out of every three bites of food we eat is possible because of animal pollinators,” said Martin Mundo, SVP, General Merchandise Manager, Produce and Global Produce Sourcing, Walmart U.S.

“Bees are the most popular pollinators, but there’s an entire segment of the animal kingdom that helps pollinate the food we eat, including some that grow in our own home gardens. Pollinators include butterflies and moths, birds, bats, beetles and many more, and without them some of our favorite foods wouldn’t exist.”

As part of its commitment to protect and restore natural resources involved in production of the products it sells, Walmart U.S. is taking these initial steps to promote pollinator health:

1. Walmart U.S. will source 100% of the fresh produce and floral it sells in its in-store produce department from suppliers that adopt integrated pest management practices, as verified by a third party, by 2025. Walmart also encourages fresh produce suppliers to report their pesticide application and biodiversity management annually, through Walmart’s annual sustainability surveys.

As part of this initiative, Walmart will also encourage fresh produce suppliers to phase out use of chlorpyrifos and nitroguanidine neonicotinoids (imidacloprid, thiamethoxam, clothianidin, dinotefuran) where applicable unless mandated otherwise by law, and to avoid replacing them with other products with a level I bee precaution rating.

2. To help improve and expand pollinator habitats, Walmart U.S. will:

•  Encourage fresh produce suppliers to protect, restore, or establish pollinator habitats by 2025 on at least 3% of land they own, operate, and/or invest in. Suppliers are encouraged to report annual progress through Walmart’s annual sustainability surveys.

•  Help educate customers about pollinator plants for home gardens. In the spring of 2021, more than 1.3 million annual and perennial neonic-free plants for sale in Walmart stores will carry tags to help customers identify plants that attract pollinators. Walmart will explore other initiatives, online and in store, to engage and educate customers.

•  Explore opportunities to incorporate pollinator habitat on Walmart U.S. real estate or in local communities, including its upcoming Home Office campus in Bentonville, Ark., where over 75% of the plant species will be pollinator-friendly. Walmart will also establish pollinator habitats at store and facility locations where feasible.

In addition, Walmart has partnered with solar developers to establish pollinator habitats around solar panel arrays like the one at its distribution center in Laurens, S.C., and through Walmart’s lead participation on community solar farms across Minnesota.