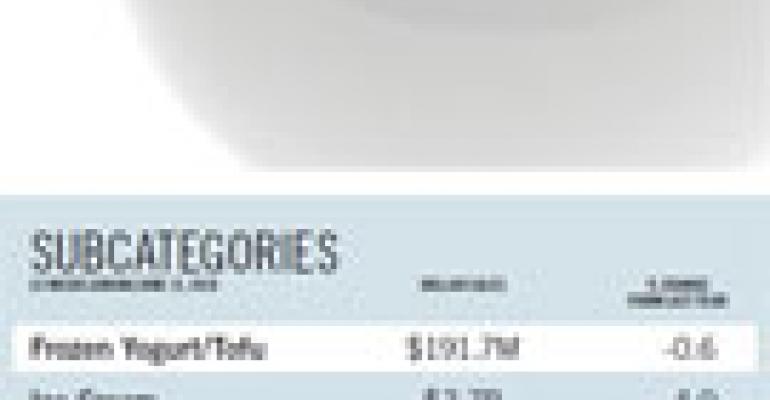 As if last year’s flat dollar sales weren’t bad enough, ice cream is now down 3.9% in supermarkets. Even the frozen yogurt/tofu segment, which grew 6% last year, slipped 0.6%. The recessionary climate is part of the reason for the decline, but the movement toward healthier living plays a role as well. In response to the former, manufacturers are actively promoting their brands. As for the latter, manufacturers have continued introducing a steady stream of better-for-you options. Edy’s/Dreyer’s even introduced new fruit bars in “super fruit “ flavors — pomegranate and acai blueberry — that contain antioxidants.

Other new intros contain probiotics, omega-3 and other ingredients that promote good health. Reduced-calorie options also continue to roll out to store shelves. Breyers, for instance, expanded its Smooth & Dreamy ice cream line with the introduction of new frozen novelties that have 120 to 160 calories and 4 to 6 fat grams per serving. Breyers also rolled out new Smooth & Dreamy ice cream flavors, including Dark Chocolate Velvet and Coffee Fudge Brownie. Each has half the fat and at least 30% fewer calories than regular ice cream per half-cup serving.