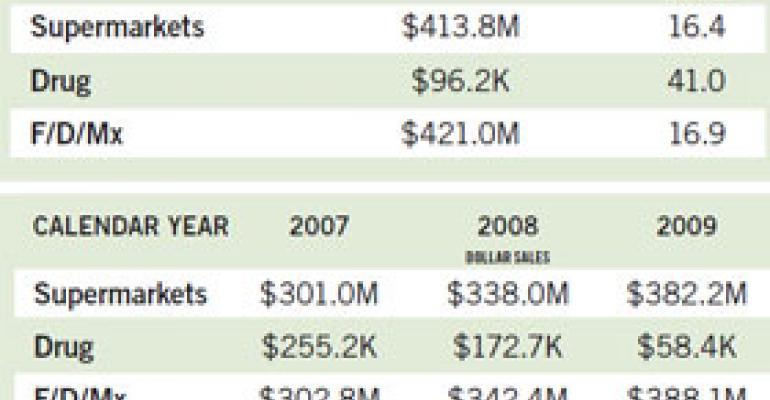 A decade ago, hummus was a staple in the refrigerated aisles of natural food stores

A decade ago, hummus was a staple in the refrigerated aisles of natural food stores. Today, it has become a budding mainstream star in supermarkets throughout the country. During the latest 52 weeks ending June 13, dollar sales of hummus — which accounts for the bulk of the refrigerated, flavored spreads subcategory — rose more than 19% in the supermarket channel, reaching $327 million.

Suppliers keep finding new ways to jazz up the simple blend of chickpeas, tahini, olive oil and salt for American palates, and fans of hummus can now select from an ever-growing assortment of flavors blended with peppers, herbs, spices, olives and sun-dried tomatoes. And, the category’s growth has been too consistent to be called anything but a trend. Dollar sales of hummus rose more than 30% in 2007, more than 20% in 2008, more than 16% in 2009, and almost 20% during the latest 52 weeks.