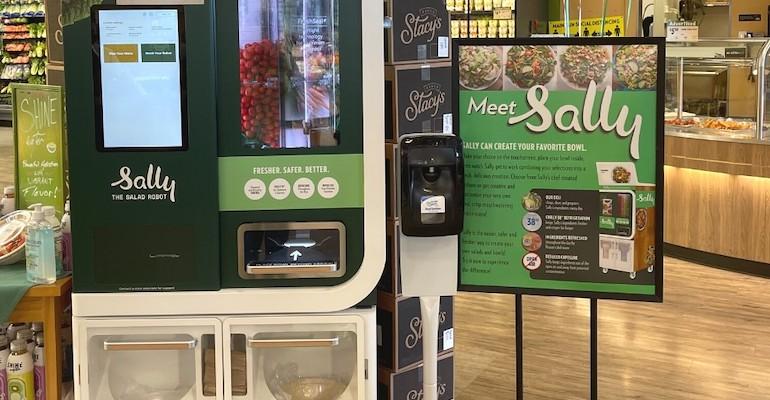 Reasor’s said the automated salad station went into operation Thursday at its supermarkets on 41st and Peoria and 15th and Lewis in Tulsa and in Broken Arrow, Okla. (Click here to see video.)

Occupying a three-foot-by-three-foot space, Sally holds up to 22 ingredients — including dressings, vegetables, fruit, nuts, eggs and meat — prepared fresh daily by Reasor’s deli team, enabling hundreds of combinations for salads, protein bowls and snacks. Customers use a touchscreen to select pre-programmed, chef-crafted salads and bowls or create their own customized offering by choosing from the ingredient options. 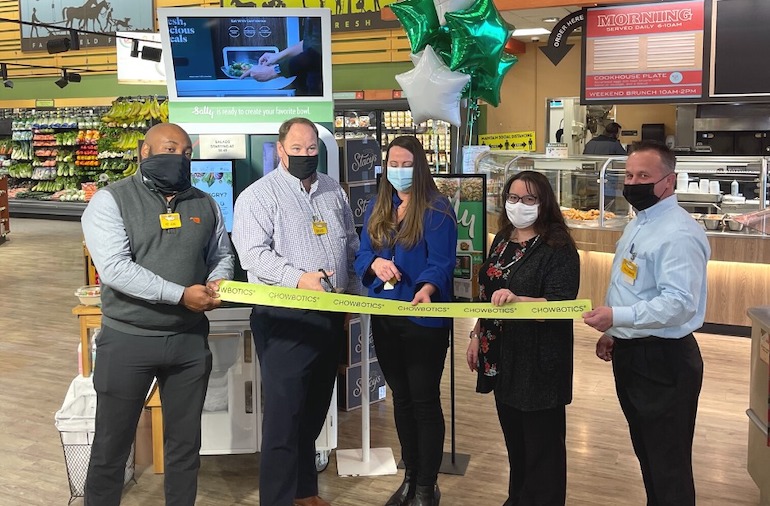 Reasor's launched Sally on Feb. 25 at two stores in Tulsa and its location in Broken Arrow, Okla.

Sally also displays nutritional details so Reasor’s customers can tailor their salad or protein bowl to their dietary needs by adding or removing ingredients. Salads start at $6.49.

“We are thrilled to be the first to introduce Sally, the create-your-own salad robot, to our community. Sally complements Reasor’s culinary teams by expanding our fresh meal solutions through technology that assembles made-to-order fresh salads and bowls on the spot,” Reasor’s CEO Jeff Reasor said in a statement.

“In the era of COVID-19, Sally’s proprietary technology has become even more important, as it allows for a little if any touching of the ingredients,” he added. “With Sally, we are offering a better solution that is fresh, safe and fun.”

According to Hayward, Calif.-based Chowbotics, the Sally kiosk holds ingredients in sealed, separate containers chilled at a temperature of 38°, which is monitored to reduce the risk of foodborne illness. Ingredients are replenished regularly by Reasor’s deli staff, who also receive automatic expiration notifications to ensure optimal freshness. Chowbotics said Sally helps eliminate food waste as well, since the ingredients aren’t exposed to open-air contamination and are consistently refrigerated, so they last longer.

“Shoppers love that they can personalize Sally’s made-to-order meals to their exact liking through its easy-to-use interface,” stated Rick Wilmer, head of Chowbotics at last-mile food delivery company DoorDash, which announced its acquisition of Chowbotics in early February. “Reasor’s is paving the way for the most innovative and safe self-serve experience.” Wilmer had been Chowbotics’ CEO.

Other supermarket chains using Sally include ShopRite and Heinen’s, which introduced the kiosk in July, and Coborn’s, which launched Sally in December.