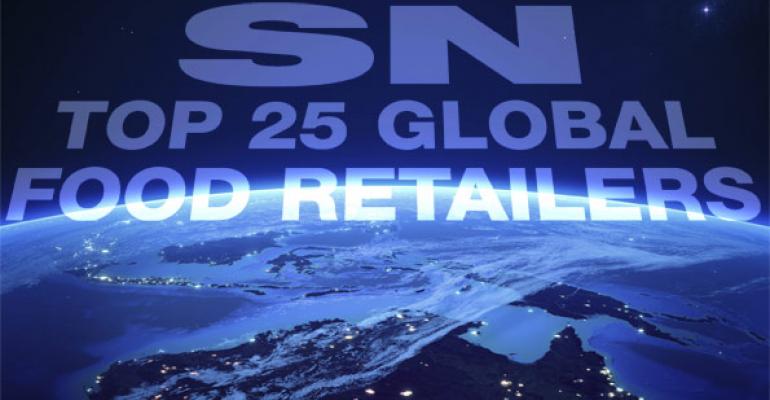 SN’s Top 25 Global Food Retailers 2014 list, compiled by Planet Retail and based on annual sales for food, nonfood and wholesale operations, reflects increased merger and acquisition activity among U.S. grocers, and the success of retailers on the premium and discount ends of the value spectrum, Sandy Skrovan, U.S. research director for Planet Retail, told SN.

“There has been quite a bit of shake-up in the U.S. grocery landscape in recent times, due to some merger & acquisition activity among some of the biggest U.S.-based conventional supermarket companies [including] the Kroger/Harris Teeter combo; Safeway pulling out of Canada with sales of Canadian operations to Sobeys; and Supervalu’s sale of five banners to Cerberus-led Albertsons,” Skrovan said.

“In addition, there has been somewhat of a bifurcation in the grocery landscape with upscale/premium grocers picking up steam at one end of the spectrum and value retailers [such as] dollar stores, Aldi, and value-oriented supermarkets, doing well and expanding at the lower-end of spectrum. Walmart and Kroger have the middle-area mainstream adequately covered. Others ‘stuck in the middle’ are struggling.”