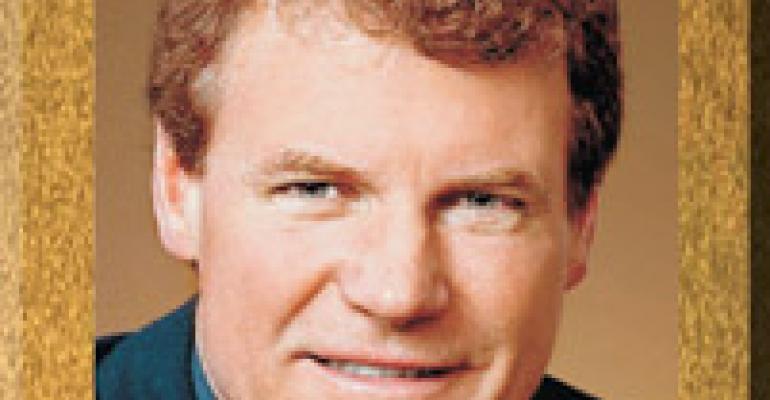 CEO/Wegmans Food Markets KEY DEVELOPMENTS: Leadership of Food Safety Task Force; year-long price freeze. WHAT'S NEXT: Focus on produce safety; measurement of carbon footprint. Among the many ways Danny Wegman has contributed to the food retailing business, apart from running his highly regarded Rochester, N.Y.-based chain of 77 supermarkets, has been his longtime chairmanship of the Food Marketing

WHAT'S NEXT: Focus on produce safety; measurement of carbon footprint.

Among the many ways Danny Wegman has contributed to the food retailing business, apart from running his highly regarded Rochester, N.Y.-based chain of 77 supermarkets, has been his longtime chairmanship of the Food Marketing Institute's Food Safety Task Force.

Wegman, who recently stepped down as chair of the task force, cited improvements in the safety of meat and the development of the Safe Quality Food (SQF) auditing system as two of the key accomplishments of the group, which was reinstated in 2007. But Wegmans' CEO believes more work needs to be done on securing the safety of produce.

“We've got so much to learn there,” he said, pointing out the confusion surrounding the recent E. coli outbreak in Germany. Given the importance of produce to a healthy diet, he finds it “disgraceful” that there should be so much worry associated with its safety.

Wegman would like to see the food industry take on a major initiative aimed at improving produce safety that goes beyond the tracking efforts made by the Produce Traceability Initiative. “Traceability sounds good, but I don't think it works,” he said. “It's easy to say, but hard to do.” He noted the difficulty of tracking products beyond a warehouse to individual stores, and the mistakes made in 2008 when tomatoes were initially blamed for a Salmonella outbreak ultimately linked to peppers.

Meanwhile, Wegman is supporting produce safety through his Wegman Family Charitable Foundation, which last month presented a gift of $250,000 to the Center for Produce Safety, Orlando, Fla., the first gift made by a retailer since the center's founding in 2007.

Another of Wegman's industry contributions was the creation in 2008 of the “New Ways of Working Together” program, which aims at improving retailer-supplier collaboration. “We feel it's becoming a way of life in the industry with basic principles that make sense, like setting common goals and common measures with business partners,” said Colleen Wegman, one of Wegman's two daughters and president of the chain.

Wegmans generally employs the New Ways approach in its relationships with suppliers, though the more “strategic initiatives” are limited to eight to 10 suppliers, noted Colleen Wegman. “We're still figuring out how to scale it.”

Last month, Wegman was recognized by 1SYNC, an industry data pool, for his company's leading efforts in data synchronization, a technological building block of the New Ways initiative.

Wegmans has also been getting recognition for its environmental programs, including a GreenChill Gold-Level store certification at a Maryland store from the Environmental Protection Agency for using secondary-loop refrigeration systems. The chain was also named to the Ethisphere Institute's 2011 list of the world's most ethical companies, and in April it announced a partnership with the Global Aquaculture Alliance, which is committed to sustainable aquaculture. Wegmans next plans to start measuring its carbon footprint, he said.

Wegmans is well known for its annual appearance near the top of Fortune's list of “100 Best Companies to Work For,” ranking No. 3 this year. “It's mission-critical for us to be a great place to work,” Wegman said. Observed Ken Harris, CEO of Kantar Retail, “Wegmans' investment in talent is exceptional.”

Meanwhile, the Wegmans chain, with an estimated $5.6 billion in annual sales, continues to maintain its strong position in the Northeast, with plans to open its first Massachusetts store in Northborough in October.

Earlier this year, Wegmans announced that it would lock in the prices of 40 Wegmans-brand staple items through 2011, including boneless chicken breast, yogurt and orange juice. (Milk, bread and eggs were excluded due to price volatility.) “It was an expensive decision — the cost of those items continues to rise,” said Wegman.