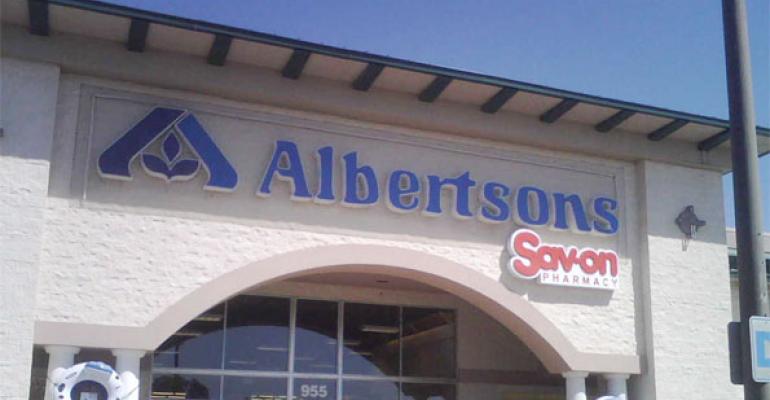 BOISE, Idaho — Albertsons LLC here said last week it plans to use the name “Albertsons Market” more consistently to build stronger relationships with customers and improve its ability to engage with them.

Beginning June 13, the company — which is privately owned and distinct from the Albertsons stores owned by Minneapolis-based Supervalu — will expand the “Albertsons Market” identity to its advertising and in-store signage to present a more consistent message to customers, Mike Massimino, vice president, center store merchandising, told SN.

“Now that we’re an ongoing entity and here to stay, we have to market ourselves that way,” he explained.

According to Karl Meinhardt, who was hired in late April as vice president, social and digital marketing, “It’s important to be consistent with your digital and physical efforts so a customer who wants to engage digitally knows where to go.

“We felt we needed to use traditional avenues to lead customers to social media, rather than leave it to chance, with the goal of having a ubiquitous brand so customers know it’s us.”

Massimo said establishing an identity has been a bit of a challenge in the past because of the Supervalu-owned Albertsons stores.

“When customers want to speak with and engage with the company, it’s been hard for them to know where to go when there’s another company with an identical name. Any time customers go into a digital space, having a distinctive identity is important,” he said.

“So calling ourselves ‘Albertsons Market’ will enable us to connect with customers more easily. We’re also asking our associates to use the name when they talk with customers so we start building a culture under that nomenclature.”

The name on the front of the stores will not change when a location is remodeled, Massimo added. He said no decision has been made on whether to utilize the name when new stores are opened. “It’s probably 50-50 at this time,” he noted.

He said the company hopes sales will improve with a more consistent identity. “If we build a relationship with a customer with our own identity and she relates to us as Albertsons Market, then hopefully she’ll come to us more often and achieve a level of satisfaction when she sees the name.”

Added Meinhardt, “As in the physical world, it takes time for relationships to develop, and that’s more challenging without face-to-face time. That’s why projecting a consistent message across the board helps.”

Albertsons LLC began developing a digital presence only about a year ago, when it hired Meinhardt as a consultant. Meinhardt originally worked for Albertsons before it was split into two companies in 2006.

At the original company he was instrumental in the 1998 launch of Albertsons.com. Since then, Meinhardt has founded several start-up companies in the foodservice and social gaming markets.

Albertsons operates around 200 stores under the Albertsons banner in Arizona, Arkansas, Colorado, Florida, Louisiana, New Mexico and Texas. Sales last year were estimated at about $3.9 billion.