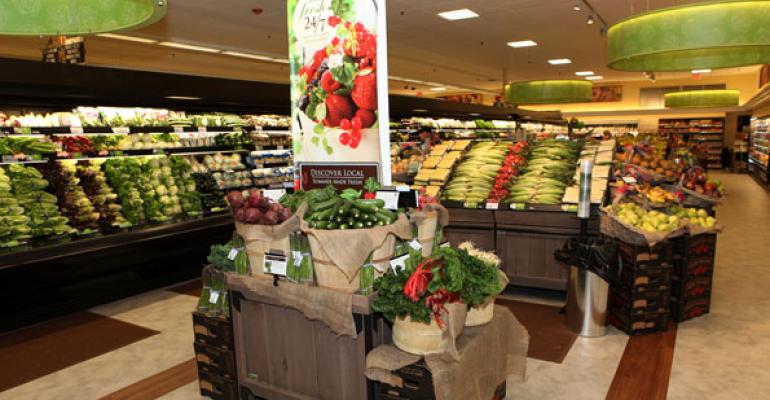 PARSIPPANY, N.J. — Kings Food Markets here wants to raise the bar on the definition of “local” produce with a new initiative that rushes local fruits, vegetables and herbs to stores within 24 hours of harvest.

Summer squash and zucchini are among the 10 to 15 items currently available on a daily basis, according to officials — all of it picked from just over two dozen farms within a day’s drive of Kings 24 stores in the metro New York area.

“Unbelievably heroic” is how Paul Kneeland, Kings’ vice president of produce and floral, describes the logistics behind the retailer’s Local Fresh 24/7 program.

“To me, freshness equals time, so I thought the quicker we can get it to the stores, the fresher it’s going to be,” Kneeland told SN the week the program went live.

While other retailers have promoted quick turnarounds in getting produce to customers, Local Fresh 24/7 sets the clock ticking on a complicated handling process that tests the limits of the supply chain.

“I’m not sure that this capacity has been tried, for this size company.” 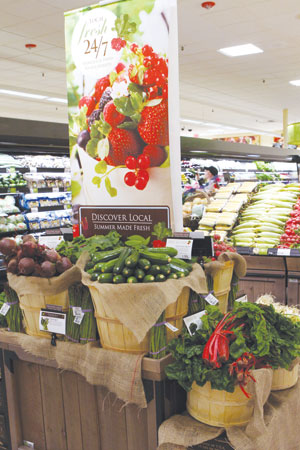 “You have a lot of retailers like Whole Foods that have very active buying programs, primarily through direct-store delivery,” noted Laura Edwards-Orr, Red Tomato’s resource development director. “The difference here is that we’re putting this through a mainstream warehouse onto mainstream trucks, doing daily deliveries.”

The daily race starts at noon, after store produce managers have submitted their orders and selected what they want from that day’s harvests. All the produce is sent first to the Landisville (N.J.) Co-operative, a Red Tomato partner that acts as a consolidation point. The produce is palletized by store and then sent up to RLB’s warehouse, where the shipments are turned around and sent out on trucks overnight.

“We’ve had to do some things at the warehouse, like extend receiving hours in order to get all the trucks in, to make this program work,” said Kneeland.

When the doors of each store open the next morning, the 24/7 items are merchandised front and center in the retailer’s “Farmer’s Market” displays.

“When the product comes in, it gets a 24/7 sign,” said Kneeland. Whatever is not sold that day is moved to a similarly themed “Discover Local” section.

The ambitious program has its roots in the close relationship between Kings and Red Tomato. For the past two years, Kings worked with the non-profit to run a program that offered high-quality, fresh-harvested product from New Jersey farms that could be purchased separately by customers, “sort of like a CSA [community supported agriculture] share,” said Edwards-Orr.

Kings and Red Tomato agree that “local” has become commoditized as a marketing term in the supermarket industry.

“There are a lot of complicated ideals around local foods, sustainable foods, fair foods … but freshness is a concept that everybody understands and wants,” said Edwards-Orr.

Freshness is a key aspect of local foods that is being forgotten by many conventional retailers, Kneeland agreed. Despite best intentions, poor execution means that local fruits and vegetables slotted in a warehouse can sit for a few days before it gets sold out.

By the time mid-summer rolls around, Kneeland expects the program to grow from its current four-day pilot cycle to a full seven days. The retailer has signed a New York state farm to supply a super-sweet variety of corn that will arrive in burlap bags still damp from the morning dew.